Everyone that’s ever done or ever will do a cruise knows it’s a great way to holiday. We know it and you know it. Why else would you be reading this article after all?

That’s not to say though that strange occurrences don’t sometimes happen when on a cruise. There’s plenty of things we’ve seen over the years that, at the time, seemed completely normal but would just never have happened whilst we we’re at home (or if they did would have really freaked us out!)

A stranger will sneak in and clean your room

We wish this would happen in real life (we really do) but how many times have you ever left your house to find a complete stranger has let themselves in, changed all your towels, made your bed and generally had a bit of a tidy up?

Oh and sometimes left a towel animal waiting for your return.

Only on a cruise!

And they’ll leave you sweets!

Not only does someone let themselves into your room for a bit of a tidy up but they’re also nice enough to leave chocolatey goodness on your pillow each evening after turning down your bed!

Random strangers will just start chatting with you

This almost never happens when we’re not on holiday and when it does, say a stranger tries to strike up a conversation with you at the bus stop, it just feels awkward.

Not on a cruise though.

Perhaps it’s the cruise atmosphere or just a general holiday mood but not only is talking to strangers not awkward… it’s also kind of fun!

You’ll wear one set of clothes down to breakfast, then get changed to sunbathe around the pool or maybe go explore a port. You’ll then get changed for dinner and sometimes again to go to the bars/nightclub after.

Short of Hollywood starlets on Oscar night that just never happens back home does it?

Dinner isn’t an event back home. It’s something you have to do when you get in from work so it’d never occur to most of us to wear something special.

Not so on a cruise.

Dinner isn’t only special, it’s the highlight of the day and the men will all look dashing in tuxedos and the women beautiful in their ball gowns (just as it should be – we’re sure you agree).

When was the last time you went out to a restaurant and requested to sit at a table with six other strangers?

Except it does on a cruise and it’s actually standard practice.

Not only will you dine with random strangers, chances are you’ll have a great time and make firm friends as well. Weird huh?

Speaking of strangers; someone will come and photograph you whilst you’re eating!

Can you imagine it? You’ve just sat down to dinner at home, you’re asking the kids about their day, maybe Emmerdale’s on in the background then wham! Someone comes and puts a camera in your face, asks you to pose with your partner and say cheese…

It’d be strange to say the least yet cruise ship photographers can always be found wandering the main dining room taking snaps of people in all their finery.

And what’s with all the photos of food?

Speaking of photography at dinner; have you noticed these days how many people on a cruise are taking pictures of dinner with their smart phone?

We never see pictures of you at home taking photos of your fish finger sandwiches! We suppose cruise line food is a lot more impressive though… What do you think? Is it annoying? Or forgivable when you’re on holiday?

Over the top cocktails

No-one (and we mean no-one) ever walks into their local and orders a cocktail filled with cherries on a stick, an umbrella in it (why umbrella’s? Are you worried your drink will get wet?) or in extreme cases even lit sparklers. Maybe there’s just something about a cruise that brings out the flamboyant side in people?

Have you ever headed downstairs for breakfast, had some fruit, then a bowl of Weetabix followed by a full English?

We bet you have if you’ve been on a cruise (and probably still regret nothing)!

I can’t get a signal!

We’re pretty much used to Wi-Fi being available wherever and whenever we want it these days so seeing someone glued to their phone on land isn’t unusual.

Not so at sea!

Out in the middle of the ocean it can be rather hard (and expensive if you’re not careful) to get a signal, which means if you’re one of those people that hates the influx of mobile phones into modern life then a cruise holiday may just be perfect for you.

It doesn’t matter how many times comedians mock them or their partners beg them not to; there’ll always be that one person on your cruise that thinks socks and sandals is de rigueur when they’re abroad. Fortunately there’s wasn’t ever very many of them to start with and (thankfully) we’ve yet to see this horrendous fashion trend take off back in Blighty!

You know what we mean. The person that thinks it’s funny to get a picture of themselves pushing over the Leaning Tower of Pisa or holding the statue of Liberty in the palm of their hand… except they never seem to quite get it right!

Thankfully we only have to see these kind of posed photos on holiday!

Have you ever noticed behavior on a cruise that you don’t see in real life ? 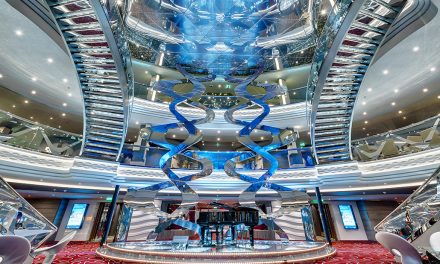 An Introduction to: MSC Cruises 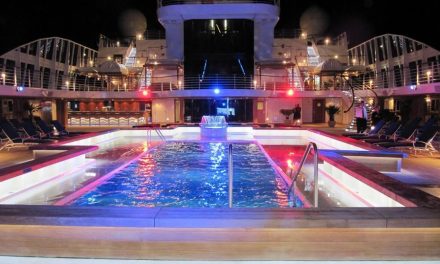 Make a Splash on your Next Cruise: Top 13 Perfect Cruise Pools 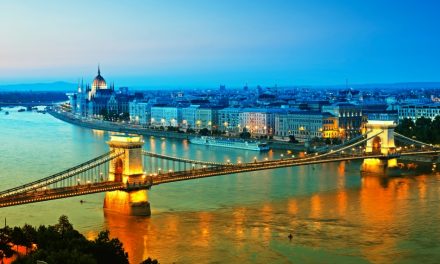