The most ridiculous complaints ever!

I have done a few blogs on this before however I am incredulous to some of the things that people complain about these days. 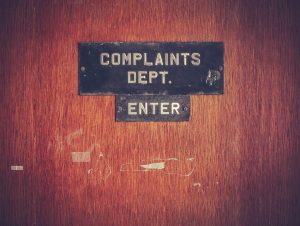 Here’s a few and feel free to add any you have heard:

Are there any others that you can think of?

← Things you won’t see on a cruise ship anymore?
Half a century young! →