Many of you will know I am not a big fan of doing shore excursions and would much prefer to take a map and go exploring independently, however on my recent Baltic cruise we had an overnight stop in St Petersburg and this is one of the places I recommend you take an excursion due to the huge hassle of getting a Russian Visa. Majority of the cruise lines, and the shore excursion companies will include the visa for you as a group visa and takes the hassle out of sorting yourself.

After doing much research and comparing what P&O had to offer and what www.cruisingexcursions.com had to offer, I opted for the 2 day tour in St Petersburg with cruising excursions – the reasons why are because firstly it covered more places to see, was cheaper than the P&O 2 day tours, included my visas and also is one I have sold many times so thought it was best to only try myself.

A couple of days before we docked in St Petersburg we had to show P&O our tour tickets/visas and our passports as we were going ashore independently from P&O. We got these back and then we were advised to disembark 45 minutes before our tour was due to depart so we could pass through immigration. The Russians aren’t the quickest at processing you through, and whilst we were queuing those who were on a P&O tour (which was about to depart) took priority in the queues and would be moved to the front of the line. On the first day it took us approx 20 minutes to go through but I think we timed it right as lots more ship tours were about to disembark the ship.  Once we were armed with our stamp in our passports we proceed to find the Tour de Force representative who directed us to our coach.

On board we were greeted by Daria who gave us all a welcome pack, bottle of water and a headset so we could listen to her commentary whilst walking around the buildings. We started  with a small city tour before we headed to the hydrofoil which was to take us to the stunning Peterhof park. The hydrofoil took about 30 minutes and was quite a pleasant ride until we heard a loud bang and the boat tilted to one side – it would appear we had hit something but they couldn’t see what, so we then carried on zooming across the water to our destination.

Within the Peterhof park is some stunning fountains, well kept gardens, small palaces and the beautiful Grand Palace (which we didn’t get to go inside but admired from the outside) We were here for over an hour walking and listening to our guide who was giving us the background history and pointing our areas within the park After visiting here it was then time to settle on the coach for an hours drive to St Catherines Palace, on arrival those who wanted to eat were taking to a restaurant for a 2 course meal for 10 Euros ( cheese pie and then apple pie), we chose not to eat as we were still full from breakfast and my partner is allergic to cheese. So we wandered up to the Palace and took some exterior shots and then walked back through the little market (which is the best place to buy your Russian souvenirs). Once everyone had eaten we went inside the stunning St Catherines Palace where we were provided with fetching over shoe protectors, and walked through the gold gilded rooms, saw the stunning amber room  – you can certainly see the money is all within the buildings. Every room had something spectacular about it and was one of my favourite places on the tour. Our guide was chatting away in our ears via our headsets telling us about every room. After visiting the palace we were then taken to a souvenir shop before heading back to the ship. It was a fabulous first day and we were exhausted once we got back but were excited what the next day had in store. Day two saw the Russian Authorities working much faster and only took us 5 mins to get through immigration. Daria was there to meet us and off we went on a further tour of the city before being taken on the ornate underground – which is kept immaculate and has beautiful mosaics and statues. We took a ride on the underground which cost $1 (you wouldn’t get far on the London Underground for this price) and after a couple of stops we then swapped lines and went a further stop. After leaving the underground our coach was waiting and took us to the Peter and Paul fortress where we visited the stunning Peter and Paul Cathedral with its golden spire. We were then taken to the an iconic building of St Petersburg – the Church of the Spilled Blood. This area is notorious with pick pockets so we were advised to leave as much as we could on the coach. After a short time of queuing to go in we were guided round this stunning church with Daria chatting away in our ears. It was then time for lunch and as the restaurant was close to the main shopping street we decided just to go for a walk and explore the area. Once lunch was over we then were taken to the gigantic hermitage museum where Daria guided us through some of the rooms and pointed out some of the key paintings and art work – we got an hour and a half walking round, however  if we had all day we still would not have got round and seen it all, they reckon it would take over 3 years to do this. Sadly it was then the end of the tour and we were taken back to the ship and arrived back an hour before the ship was due to depart. One of cruising excursions statements is they will guarantee to get you back before the ship is to depart.

I am not one for shore excursions however this was a fantastic tour with an extremely knowledgeable guide and one I would highly recommend to anyone visiting St Petersburg.

Next time I will let you know what happens on a strictly come dancing cruise.

← A cruise geeks dream
Glitz, Glamour and Anton on Azura → 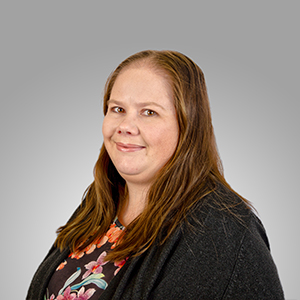