For a relatively small country, Scotland comes fully loaded with impressive attractions. Its wild landscapes are hard to top, from the rocky shores of its islands to romantic moors and craggy mountains in the Highlands! You’ll spot playful otters and soaring golden eagles among its residents, making their home on peaks like Ben Nevis and lakes like Loch Ness. Scotland’s cities have plenty to offer as well, including world-class museums and cutting-edge art galleries. 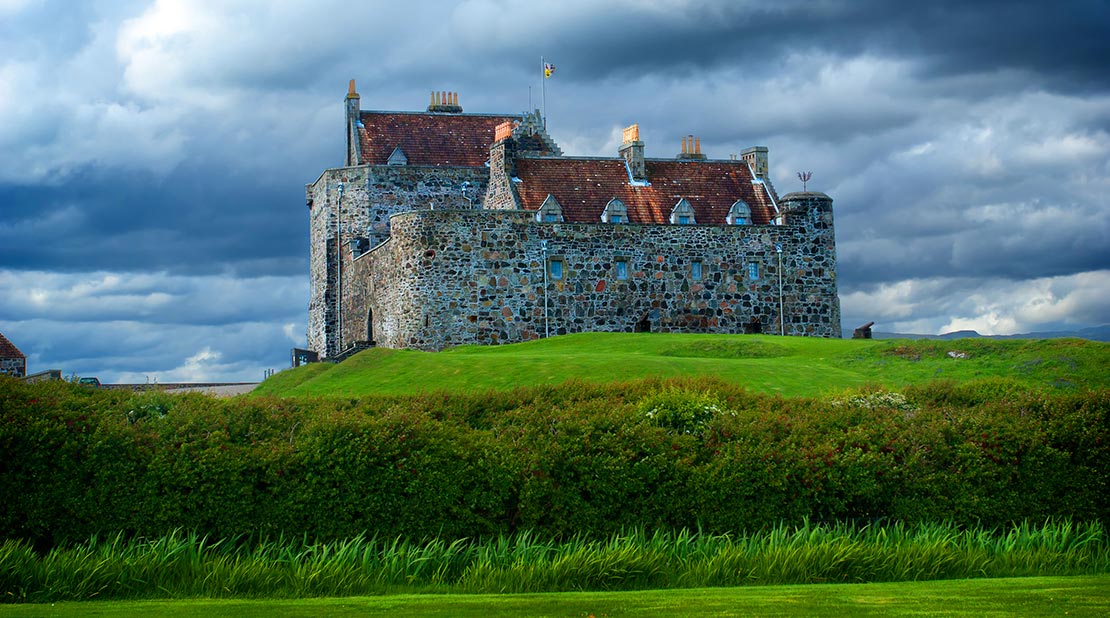 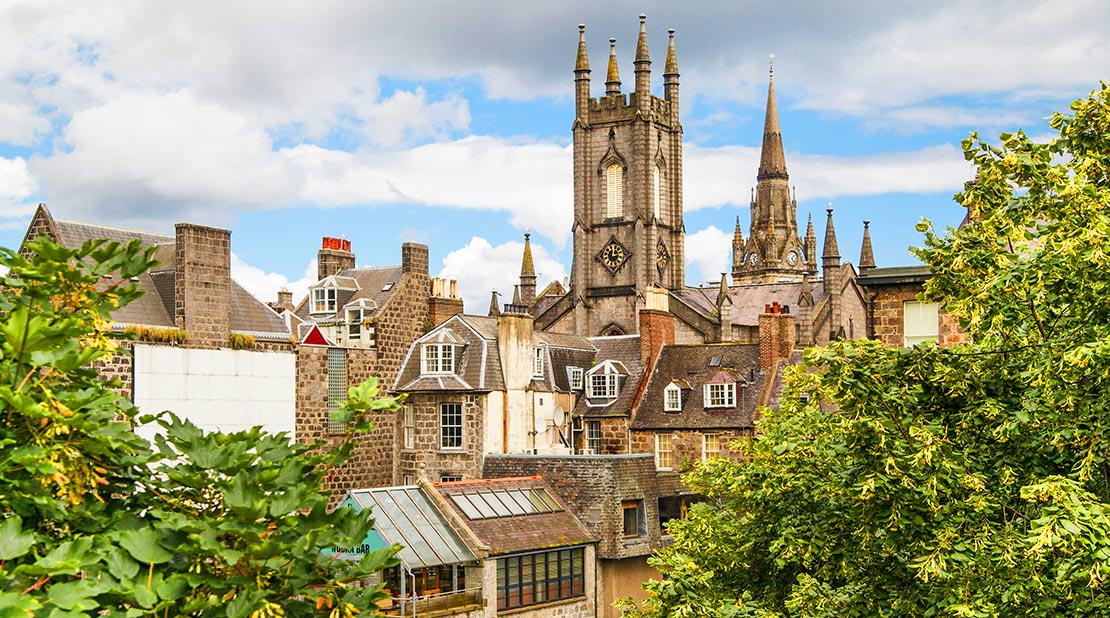 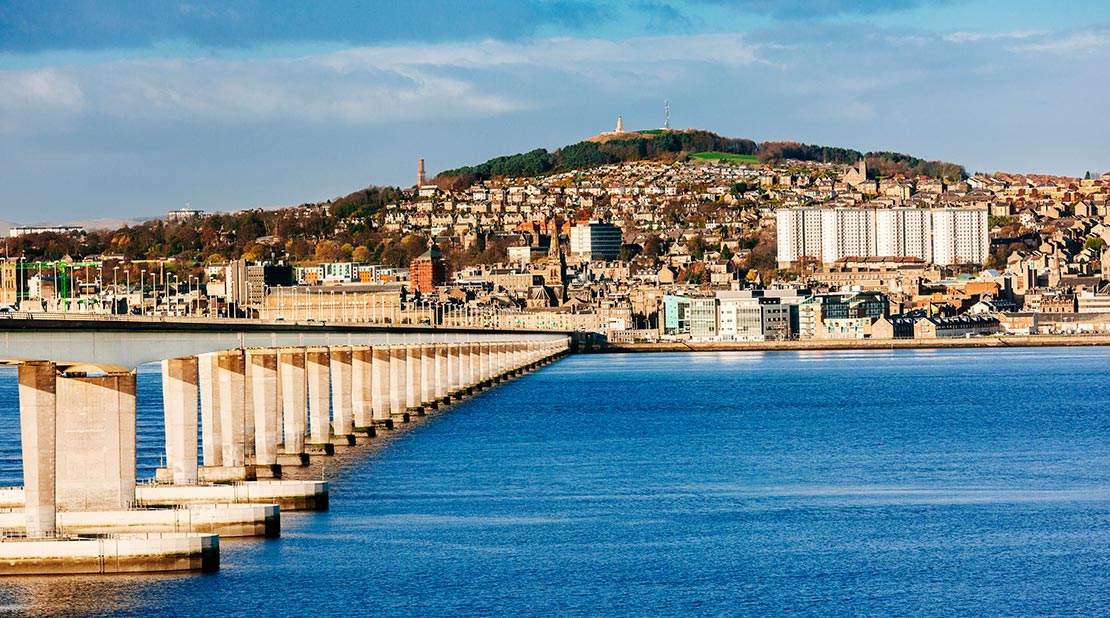 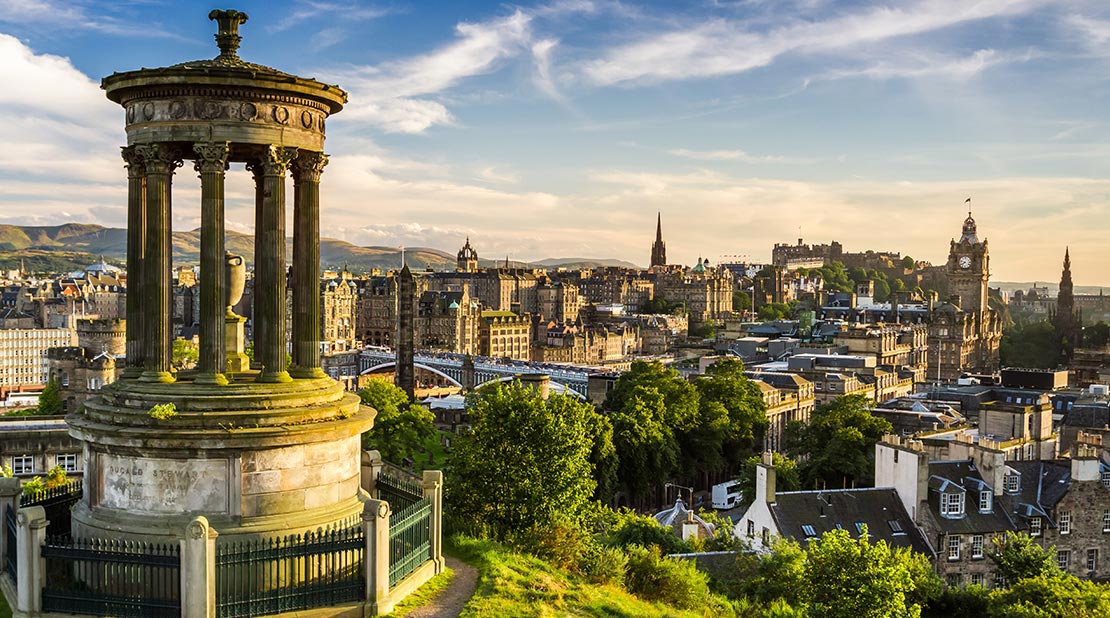 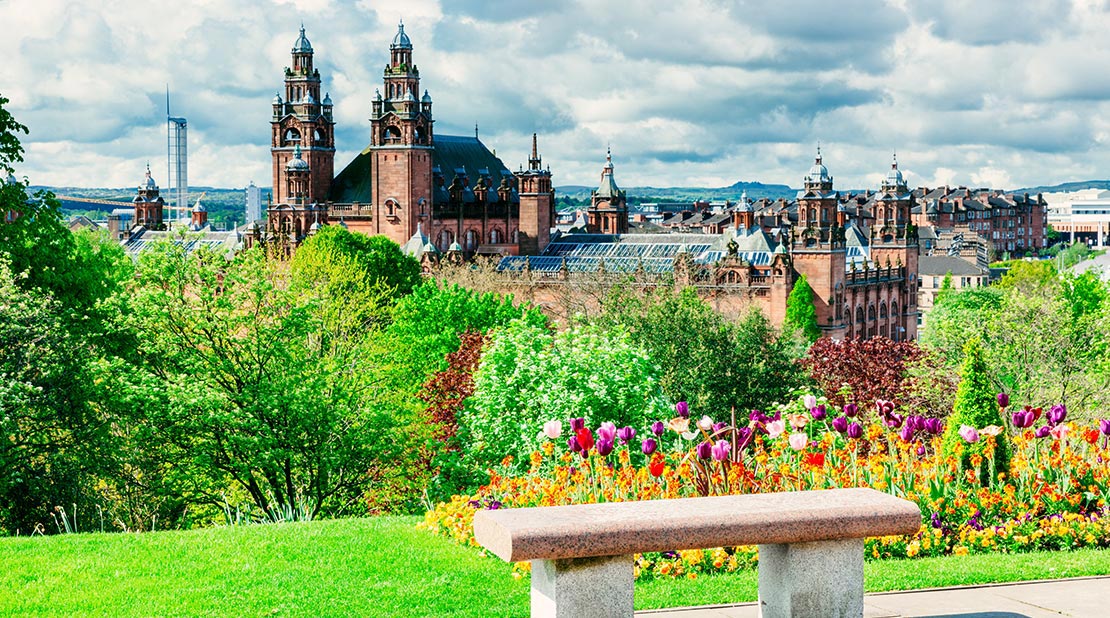 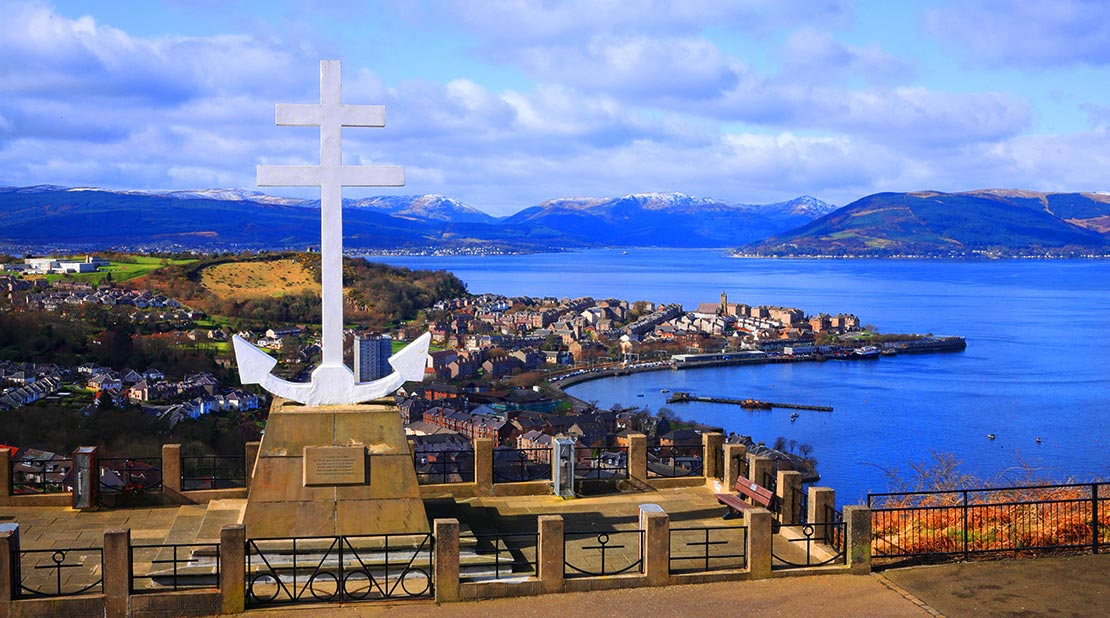 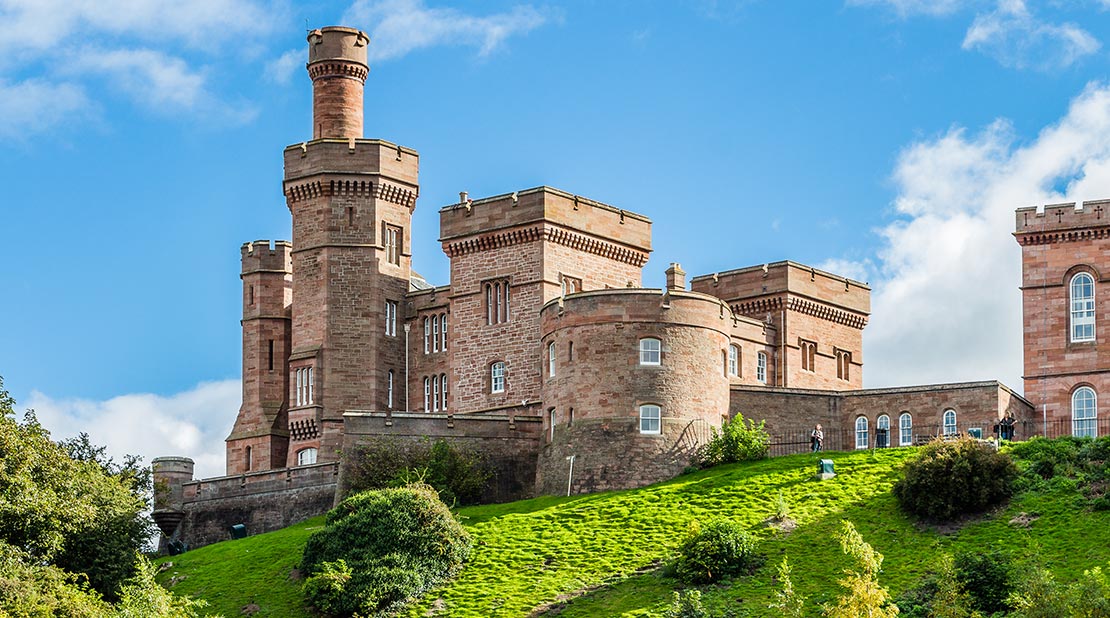 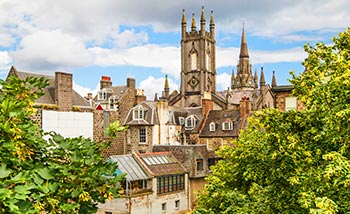 The hub of Scotland’s offshore petroleum industry, Aberdeen is rather cosmopolitan. This port city is tucked into Scotland’s northeast corner, chock-a-block with museums from the Maritime Museum to the Aberdeen Art Gallery. It’s nicknamed the ‘granite city’ for its stone architecture, much of which was built in the Victorian era. Get out and explore Dunnottar Castle to the south or whisky distilleries to the north! 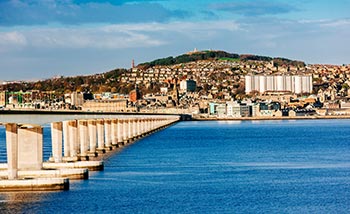 A recently regenerated waterfront gives the historic coastal city of Dundee fresh appeal. It’s located on the east coast of Scotland overlooking the Firth of Tay, with highlights including the artworks of McManus Galleries and the brand-new Victoria and Albert Museum of Design. There are also two nautical museums to get a feel for the city’s maritime heritage, including the HM Frigate Unicorn and RRS Discovery. 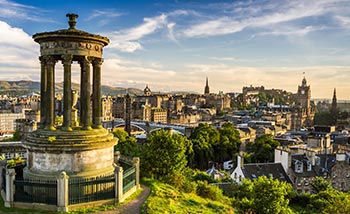 Centuries of history greet you around every corner in Edinburgh, Scotland’s charming, walkable capital city. Explore the souvenir shops and museums of the Royal Mile, leading through the medieval Old Town all the way up to Edinburgh Castle. For sweeping views over the city and Firth of Forth, climb up Arthur’s Seat. Tour royal residence Holyrood Palace, or shop in the modern boutiques along bustling Princes Street. 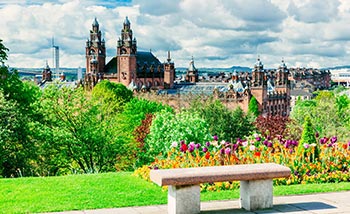 Once a centre for shipbuilding, Glasgow is now a cultural hub, hosting the National Theatre of Scotland, Scottish Ballet and Scottish Opera. Stroll through the centre and you’ll spy art nouveau and Victorian architecture, alongside the medieval Glasgow Cathedral and modern Riverside Museum. The Kelvingrove Art Gallery and Museum is another cultural highlight, while the shopping arcades feature a bevy of top brands. 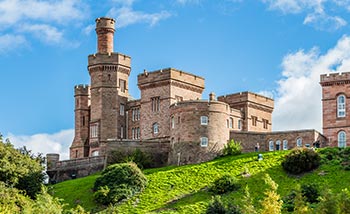 Inverness is the gateway to the Scottish Highlands, giving visitors access to the famous Loch Ness with its legendary monster as well as plenty of castles and distilleries! Walk around the Old Town to see Inverness Cathedral, an 18th-century Old High Church and the stately fortress walls of Inverness Castle. The Victorian Market features stalls selling food and crafts, or you can peruse the art at Inverness Museum.

What You Need To Know About Scotland

When is the best time to visit Scotland?

There’s an appeal to Scotland in all seasons. If you’re a fan of warmer weather and outdoor festivals, July and August are great months to visit as you can enjoy sunny days and all the cultural highlights of the Edinburgh festival! Autumn is a beautiful time of year thanks to the vibrant foliage, with the mass crowds of summer thinning out so you’ll have attractions all to yourself. Some areas are closed for the winter, particularly up north where snowy conditions can shut down smaller Highland roads. But if you’re a fan of winter sports, Cairngorms ski slopes are at their best during this time.

What are the highlights of a Scottish cruise?

Scotland boasts plentiful highlights in its historic cities and picturesque countryside alike. Have a wander around Edinburgh’s UNESCO-recognised medieval Old Town including the monument-laden Royal Mile, or see where the Queen stays at Holyrood Palace. Visit Glasgow for its Art Nouveau architecture and world-famous music scene, or head north to Inverness to visit Urquhart Castle and Loch Ness before hiking in the Cairngorms National Park. Scotland’s islands are also well worth a visit! The Orkney islands feature distinctive archaeological sites and diverse birdlife, or you can visit Tobermory on Mull and Portree on Skye to learn more about Scotland’s fishing heritage.

Which local foods in Scotland should you try?

Scottish cuisine has far more to offer than stereotypical haggis (although this local delicacy is well worth a try for its peppery flavour!). Haggis is dished up with mashed root vegetables like turnips or potatoes, washed down with a dram of whisky on celebrations like Burns Night. Enjoy regional dairy products like Caboc, Scotland’s oldest cheese, often deliciously paired with oatcakes, cuts of lamb and wild salmon. If you have a sweet tooth, don’t miss the tablet fudge made from condensed milk, butter and sugar. And for pure comfort food, stovies are hard to beat. This traditional dish includes minced meat, potatoes and seasonal veg.

SCOTLAND - DID YOU KNOW?

You’ll have plenty of incredible landscapes to explore during a cruise around Scotland, as the coastline is extensive. In fact, Scotland alone hosts over 10% of the coastline in Europe along with over 800 islands! From rocky coves to sandy beaches and fishing villages, there’s more variety than you might expect.

With its maritime position and culture, the seafood along Scotland’s coastline is always super-fresh.  There’s wide diversity in its marine life because the country straddles the cold waters of the North Atlantic and the warmer waters of the Gulf Stream, so you’ll get jumbo-sized oysters, mussels and scallops along with salmon and halibut.

If you’re a history fan, you’ll fall in love with Scotland. Not only are there medieval castles and Roman ruins at seemingly every turn, but you can see more ancient cultures left behind by everyone from the Vikings to the Gaels and mysterious Picts. A highlight is Skara Brae, a prehistoric village on Orkney with distinctive stone architecture.

Scottish wildlife is hard to miss, from colonies of seals and pods of dolphins to minke and sperm whales off the coast. Keep your eyes peeled for puffins, along with sea eagles and gannets that nest in the rocks offshore. 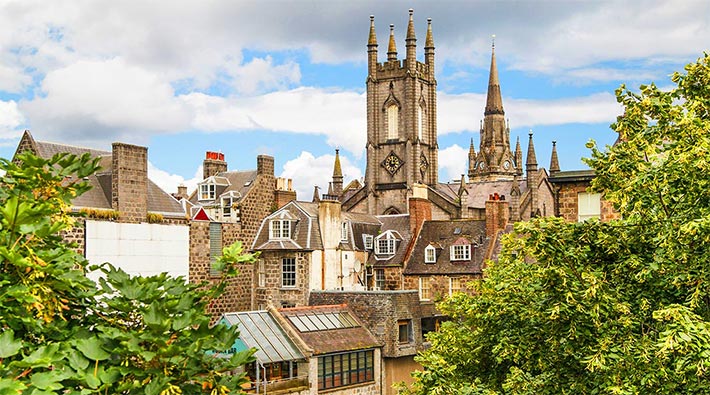 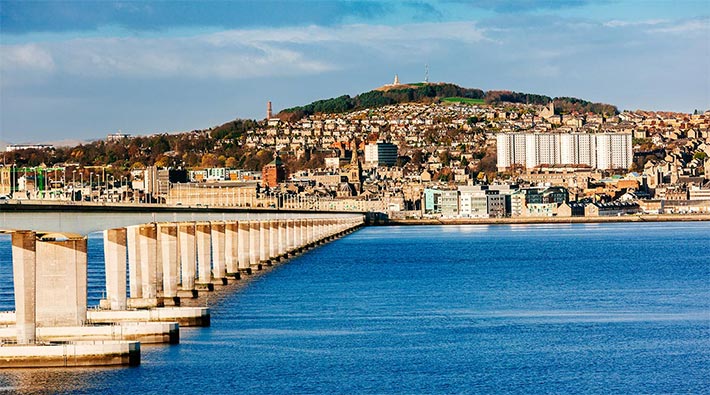 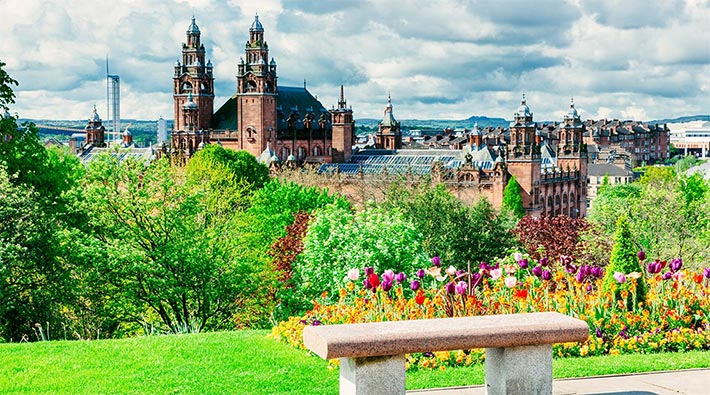 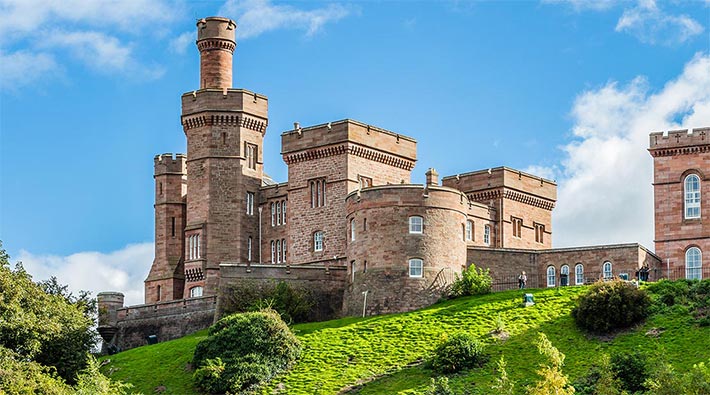 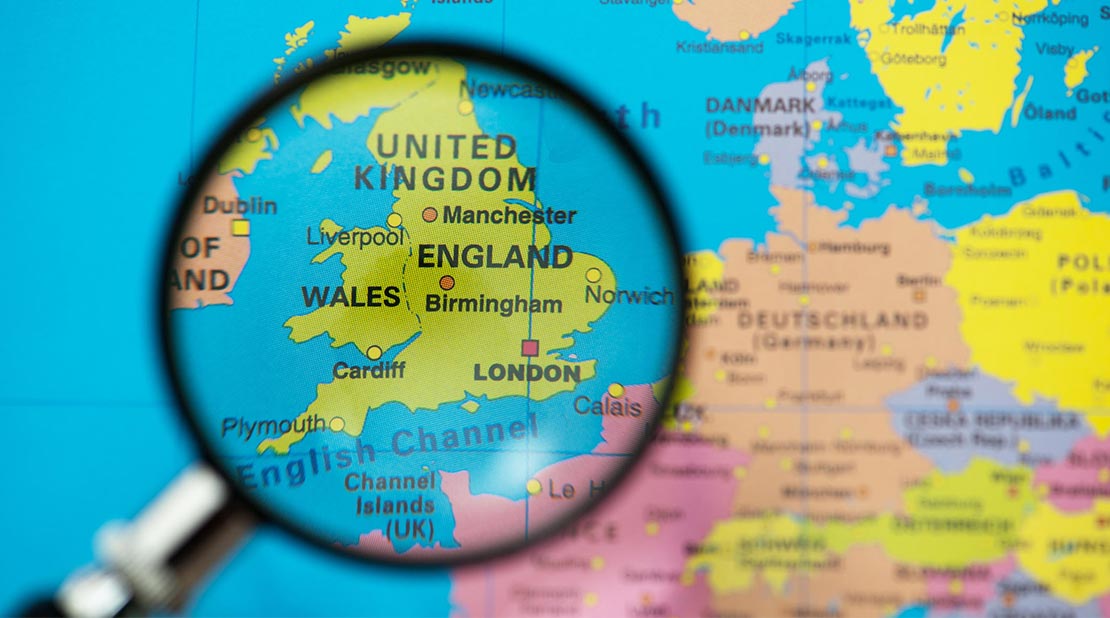