With unforgettable volcanic landscapes and friendly charm, it’s no wonder that Iceland is becoming an increasingly popular place to visit! It’s hard not to fall in love with the spectacular scenery, whether you’re watching whales off the coast or soaking in the healing waters of the milky Blue Lagoon, surrounded by otherworldly lava fields. Gaze at the Northern Lights overhead or enjoy the lively cultural attractions of Reykjavik. You can see medieval sagas brought to dramatic life or listen to cutting-edge music in its cosy ven... 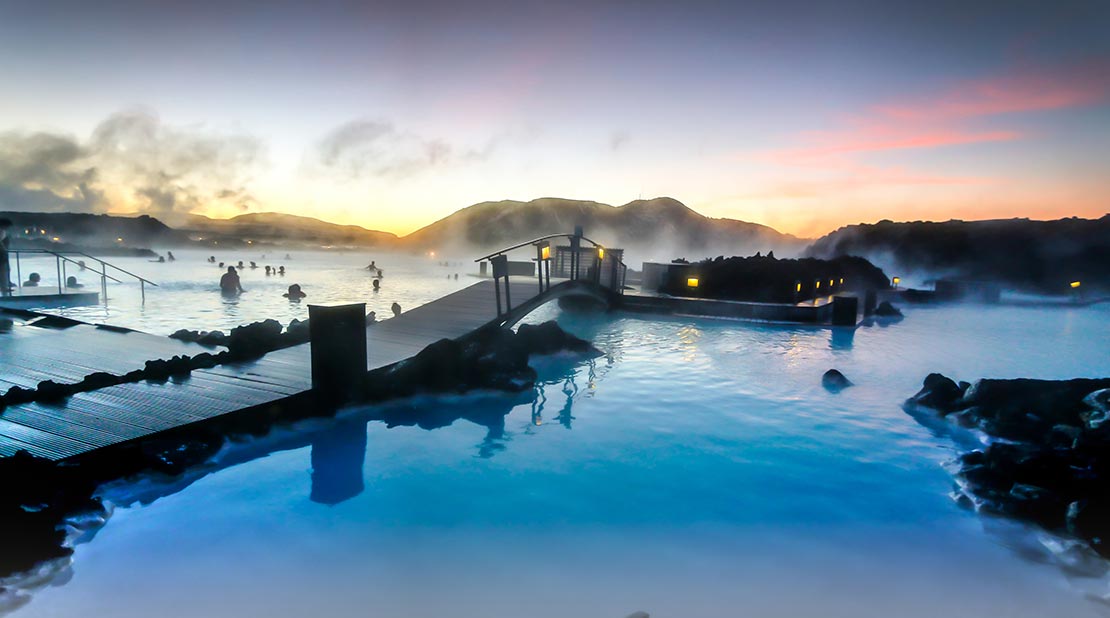 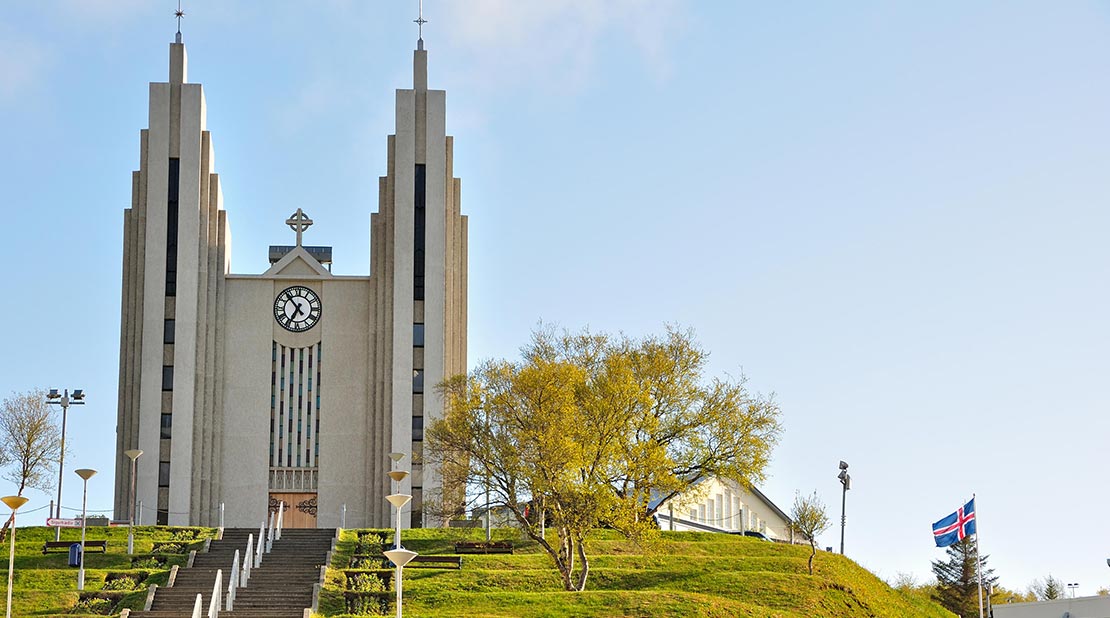 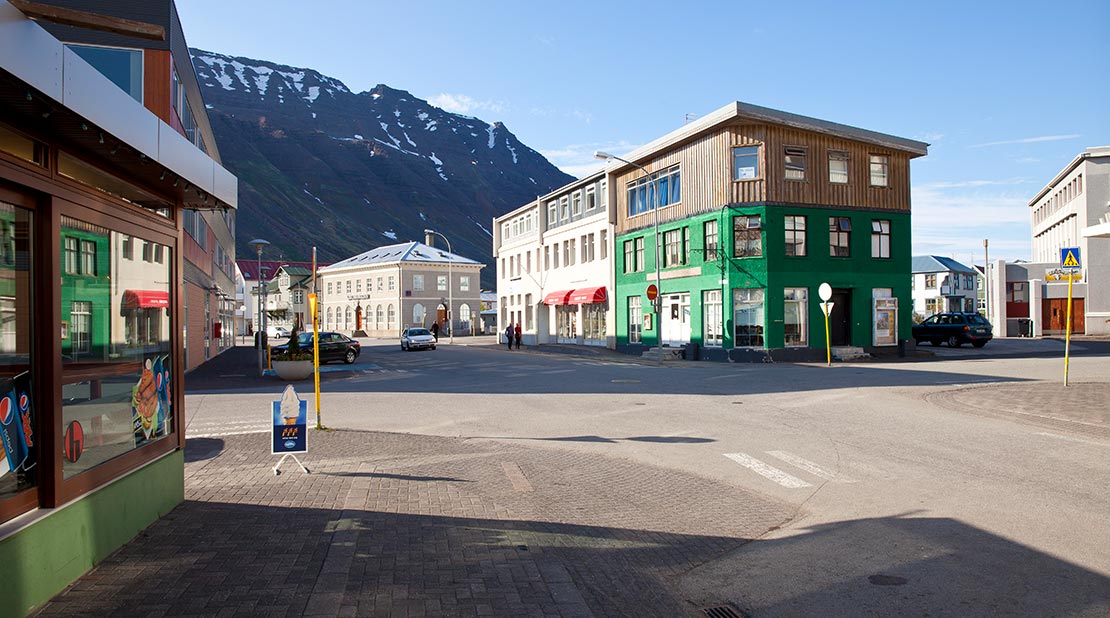 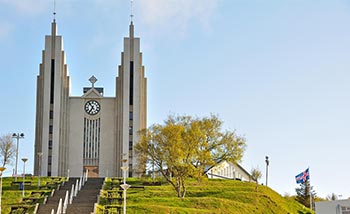 Gateway to Iceland’s stunning Eyjafjörður Fjord, the northern town of Akureyri is famous for its jaw-dropping natural setting with views of the fjord at every turn. Feeling outdoorsy? Try skiing, trekking, and kayaking around the surrounding snow-capped peaks. You can also explore its lush botanical gardens, view contemporary art at the Akureyri Art Museum, or admire the mid-century architecture of the local church. 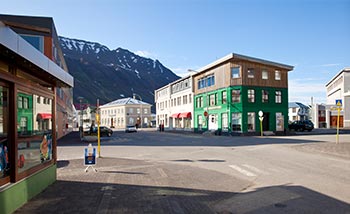 Get a glimpse of traditional Icelandic life when you visit Isafjordur, framed by dramatic scenery. This charming town is famous for its wooden, tin-roofed fishing huts built by local fishing merchants in the 1800s, though its history as a trading post goes way back to the 16th century. Learn more about the maritime and shipping past at the Westfjords Heritage Museum, or explore nearby hiking and cycling trails. 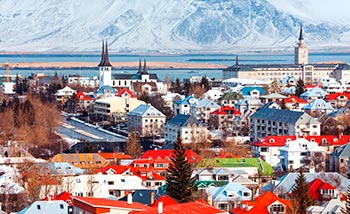 Reykjavik offers a warm introduction to Iceland’s majestic landscapes, as the city’s capital city. It boasts some intriguing modern architecture like the concrete Hallgrimskirkja Church, nestled next to traditional wooden homes along the harbour. Enjoy the buzzing nightlife, inventive dining scene, and art galleries in this creative hub, or visit the National and Saga Museums to learn more about its Viking past.

What You Need To Know About Iceland

When is the best time to visit Iceland?

The summer is by far the most popular time for Iceland cruising, when summer days are long and bright, and temperatures are warm enough to walk around comfortably. This time of year is also a lively one in terms of art, culture and festivities, with dry weather for hiking. The winter snow can start as early as September in some regions, but autumn can be a beautiful time to visit particularly if you want to see the Northern Lights! Winters offer the best chance of seeing the aurora borealis, yet snow makes some areas impassable and temperatures are cold.

What are the highlights of an Icelandic cruise?

A land of fire and ice, Iceland’s highlights revolve around spectacular natural attractions. See active volcanoes like Hekla, once thought to be the gates of hell, or admire the view on unique black sandy beaches formed from the lava like Reynisfjara. Nearby is the Dyrholaey lava pillar, arching its way into the sea. The Blue Lagoon is rightly one of the country’s top attractions, filled with geothermically heated seawater thought to have healing powers. Indulge in a natural mineral-rich spa treatment while you’re there! Reykjavik is a charming port town worth spending some time in as well, strolling around its picturesque harbour and visiting its eclectic shops.

Which local foods in Iceland should you try?

With its remote position, it’s no surprise that Icelandic cuisine focuses on making the most of local, seasonal ingredients. This includes cold water fish like cod and herring as well as free range sheep, high-protein Skyr yogurt and brightly coloured berries. Lamb is often the star of the show, served with simple mashed root vegetables or roasted with gravy. Dairy products are also popular, including the skyr as well as high-quality ice cream and sheep’s milk cheese. Hearty rye bread is a staple of local cuisine, and if you want to try a truly Icelandic dish enjoy rye bread that’s been cooked underground by bubbling geyser heat.

ICELAND - DID YOU KNOW?

There’s nowhere quite like Iceland – and part of this is down to its geothermically heated pools! This country’s foundations are still moving and shifting into place, which means you’ll find areas exposed to the earth’s heat source below. Don’t miss the chance to visit some of the country’s hot springs. The Blue Lagoon is a good start, but you can also venture to lesser-known options like Seljavallalaug Pool with its otherworldly mountain setting.

Thingvellir National Park is a destination that has increased in profile lately, just 45 minutes outside of Reykjavik. It’s part of the Golden Circle of Iceland, housing the country’s largest lake and the amazing Silfra diving area where you can dive beneath the depths to the separation point between America and Europe.

There are lots of myths and legends about elves and hidden people in Iceland, and with its fairy-tale landscapes it’s not hard to see why! One area that’s frequently the location for these legends is Asbyrgi Canyon, said to have been created by Odin’s horse when it touched its hooves to the ground. Mythology holds that its nooks and crannies are home of the ‘huldufolk’ or hidden people of Iceland – but either way, it makes for some spectacular scenery. 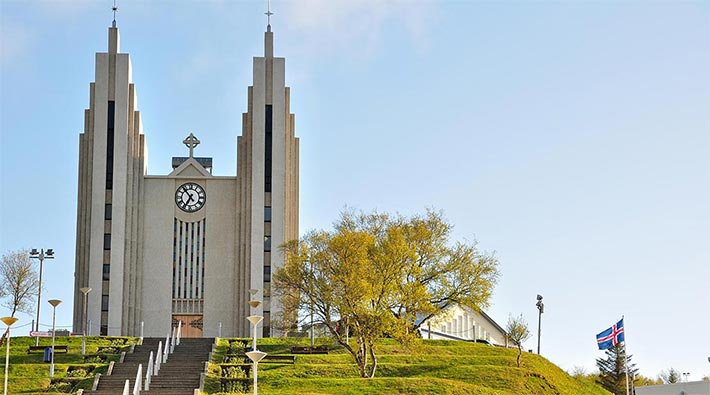 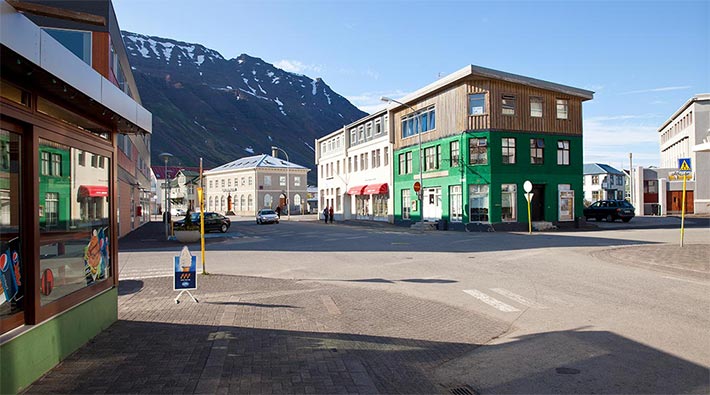 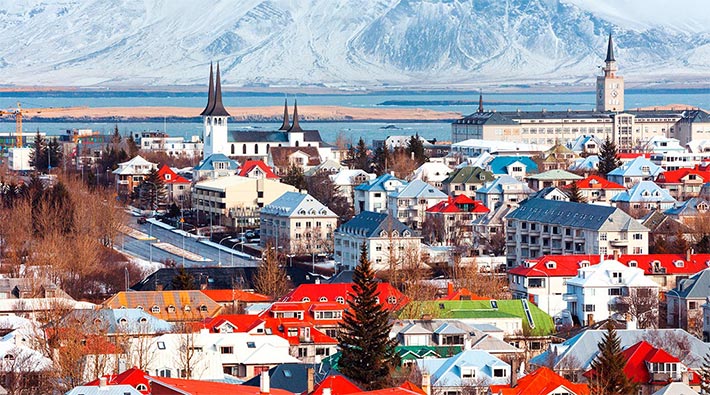