Built up along the banks of the River Liffey, Dublin is a thriving cultural capital with centuries of Irish history to explore. Have a wander around its streets and you’ll see elegant Georgian homes sitting next to 13th-century castles. The cobbled streets of Temple Bar serve as a bustling area for fine dining and high-energy nightlife, while Grafton Street is top-notch for shopping. Take a tour around Trinity College’s leafy grounds and handsome library to soak in the city’s intellectual side, or pop into a cosy, convivial pub to enjoy live music and storytelling over a pint of Guinness. 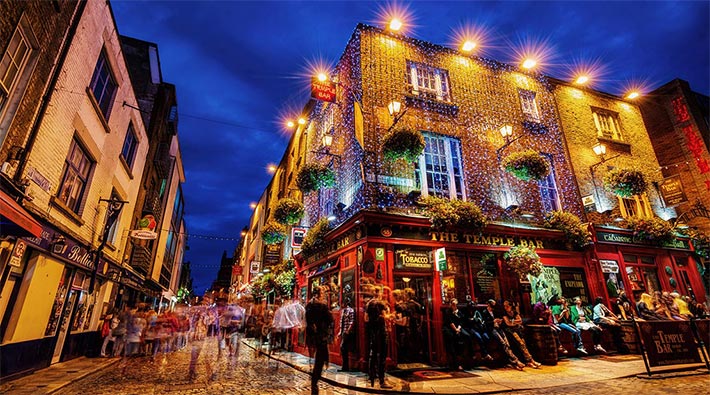 What You Need To Know About Dublin

What are the can’t-miss sights in Dublin?

There’s never a dull moment in dynamic Dublin, with a bevy of attractions to fill your days and nights! Dublin Castle and Trinity College are both top draws in the city centre, the latter known for its famous alums like Oscar Wilde and Jonathan Swift among others. Don’t miss out on a visit to the Old Library housing the Book of Kells. View masterpieces from Monet and Picasso at the National Gallery of Ireland, or learn about everything Irish at the National Museum. The Guinness Brewery is a must-do for beer enthusiasts, and after dark the Temple Bar neighbourhood springs to life as a thriving nightlife district.

How can you reach Dublin from the cruise terminal?

There are three separate areas where cruises dock in Dublin, including the North Wall, Alexandra Quay, and Dun Laoghaire. Taxi ranks are available at all three terminals, or you can call ahead for a pickup if preferred. There’s a simple and efficient public transport system in Dublin. The bus is simple to use, with fares calculated depending on the distance you travel. You’ll need to buy tickets in advance – just look for the Dublin Transit sign on shop windows. There’s also a Tram and DART rapid transit system to get you around the city! Within the city centre, most attractions are within walking distance of one another.

There’s plenty of parking right at the main Dublin Port, with the city well-organised to accommodate vehicles. You can reserve your space online ahead of time – simply contact your cruise operator for details and links. Car parks are on hand at all three terminal areas, with shuttle buses available to take you from the parking space to the main ship docking area. If you’re unable to reserve a spot in advance, never fear – you can pay on arrival instead.

We have over 130 expert cruise consultants to help you book the perfect cruise. Many have first hand experience of Dublin and you can find some of their best tips and advice below. 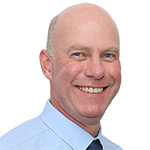 The largest city and the capital of the Republic of Ireland. Founded as a Viking settlement, the city is one of the most forward reaching, fast paces cities in Europe. It is youthful, vibrant and dynamic. 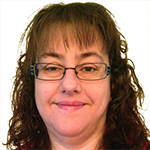 Immerse yourself in the friendly Irish atmosphere

DUBLIN - DID YOU KNOW?

Dublin certainly boasts no shortage of impressive churches, but St Patrick’s Cathedral stands out as Ireland’s largest. Author Jonathan Swift was once the dean, and it’s closely tied to the story of St Patrick himself, being founded by a well where the Saint was believed to be baptised centuries ago. Christ Church Cathedral is also quite impressive with its spacious crypt and blend of Victorian, Gothic and Norman styles.

There’s a strong literary heritage in Dublin, which has been home to many of the world’s most notable writers over the centuries. Visit the Dublin Writers Museum for an overview! James Joyce is one of them, and if you’re a Ulysses fan you’ll want to visit the James Joyce Centre. The James Joyce Tower and Museum is located along the coast in an area once home to fellow writers like George Bernard Shaw and William Butler Yeats.

For a touch of culture, catch a production or take a tour of the Abbey Theatre, founded by Yeats in 1904. The Gate Theatre is another top theatrical spot for drama fans, founded back in the late 1700s. There’s a unique musical and dancing tradition in Ireland, which you can explore with a visit to the Irish Traditional Music Archive.