A centre of historic power, Rome’s legacy endures with its striking ancient ruins, world-class museums and vibrant lifestyle. The Eternal City features relics of the Roman Empire including must-see attractions the Pantheon, Roman Forum and Colosseum, along with the opulent architecture of Vatican City. Precious works of art abound. Davinci, Michelangelo, Caravaggio, Raphael… you’ll see all the masters represented in the city! After seeing the sights, slow down and enjoy la dolce vita with a gelato in the park. Dining out is a true pleasure, where humble pasta is transformed into an art form. 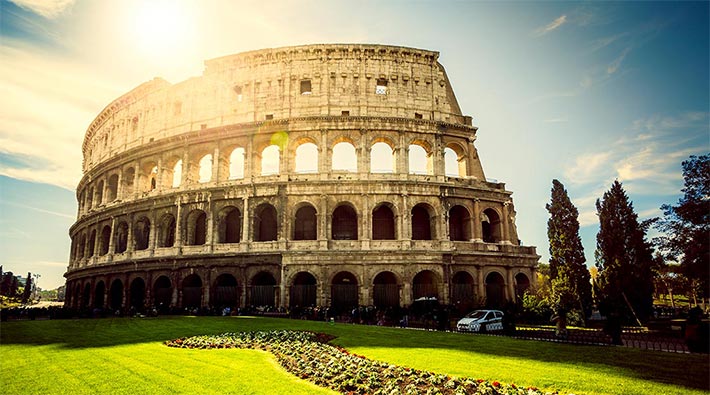 What You Need To Know About Rome

What are the can’t-miss sights in Rome?

There’s a must-see sight around every corner in Rome, but try not to miss the striking beauty of St Peter’s Basilica in Vatican City. The Basilica and its accompanying museums were designed to inspire awe, and they succeed with lashings of marble and unforgettable artwork in the Sistine Chapel. Head to the Colosseum to see where gladiators once fought. The Vittorio Emanuele Monument is nearby, made from pure white marble. Toss a coin into the Trevi Fountain, take a photo of the Spanish Steps, and stroll inside the Pantheon to admire the cupola. And art fans won’t want to miss a visit to the Galleria Borghese.

How can you reach Rome from the cruise terminal?

Most ships dock at Civitavecchia, which is well-linked to the city centre. There’s a train station about a mile away from the main terminal. From here it’s roughly an hour into central Rome, arriving at Termini Station. Another option is to take a bus or taxi ride into the city, and most cruise operators offer organised tours into the city by coach. Once you’ve reached Termini, you can find a bevy of public buses or easily walk around the city’s main attractions. The city’s subway system is marked by large red M’s and is easy to navigate as well.

The main car park for Civitavecchia is conveniently located inside the port. You’ll find it next to Pier 25, with 315 car spaces on hand solely reserved for cruise passengers. When no cruise ships are moored in the dock, the car park is closed. Another option is Parking Bramante, positioned near the Port’s south gate at Forte Michelangelo. It’s still right beside the main docking area, but can be used by port operators and cruise passengers alike. If you’re taking a ferry to Sardinia, Sicily or other nearby islands, use the Nord Parking Facility near the North gate.

We have over 130 expert cruise consultants to help you book the perfect cruise. Many have first hand experience of Rome and you can find some of their best tips and advice below. 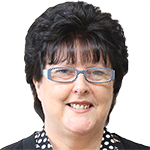 One of the most popular places to visit on a Mediterranean cruise is Rome. There’s history around every corner with sights that have you stood in awe of the sheer architecture on show. 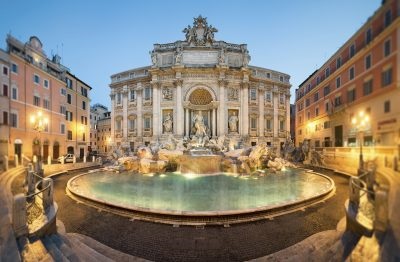 If you’re lucky enough to arrive in the port of Civitavecchia, you’re a mere 55 minute journey away from 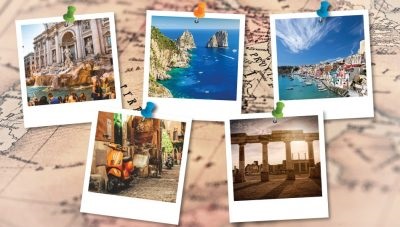 When we think of Italy we might immediately think of pizza (correct me if I’m wrong), the leaning tower

ROME - DID YOU KNOW?

Don’t leave Rome without enjoying a meal outdoors, or at the very least a drink in the piazza. Romans love to see and be seen, watching the world go by from an outdoor café. Roving musicians help add to the atmosphere! Head to Piazza Navona, one of the city’s liveliest squares if you want to enjoy the vibrant Roman lifestyle.

Italian fashion is world-famous, so if you want to pick up a little special something don’t miss the chance to peruse its elegant shops and edgy boutiques. The area surrounding the Spanish Steps is good for shopping, particularly along the Via del Corso and Via Veneto. Are you on the hunt for a trendier atmosphere? Trastevere offers chic, unique independent shops and a treasure trove of art galleries here.

The city is filled with Roman ruins, but if you just can’t get enough you can hop on the train to Ostia Antica. This settlement dates back to the 4th century BC, until it was suddenly abandoned and covered up with silt. This has led to well-preserved frescoes, ruins and artefacts being found here.

Speaking of Roman structures, the Pantheon is a former temple built by the emperor Hadrian over 2000 years ago. Today it’s in glorious condition despite its age, and is the resting place of artist Raphael and composer Corelli.