This sun-kissed city is dripping with glamour, from the designer boutiques of Rodeo Drive to the celeb-friendly hangouts of Malibu. With miles of beaches close at hand, Los Angeles is the perfect destination when you’re ready to relax on golden sands or give surfing a go in ideal conditions. Take a day trip to Disneyland, have a wander down the Hollywood Walk of Fame, or enjoy the blend of architecture styles. You’ll see organic modernism in the Getty Museum and art deco flourishes in the Griffith Observatory! And of course, LA’s cuisine is as California-fresh as its residents. 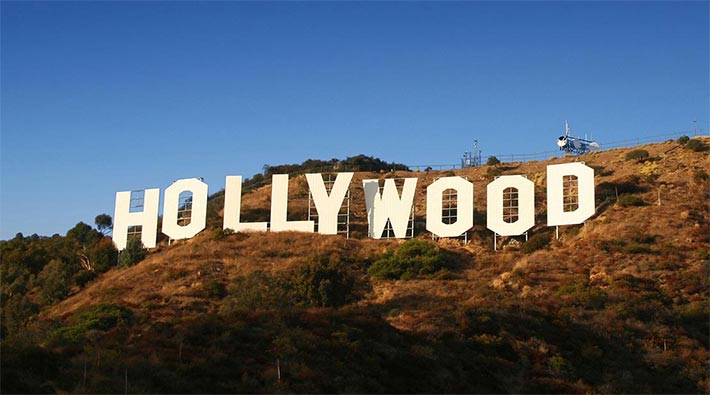 What You Need To Know About Los Angeles

What are the can’t-miss sights in Los Angeles?

The USA’s headquarters for the TV and film industry, Los Angeles is home to major movie studios and celebrity homes that you can tour both inside and out. Visit top attractions like Madame Tussaud’s Wax Museum, the Hollywood Museum and the Disneyland Resort, or enjoy the wildlife at the San Diego Zoo and SeaWorld. Take a trolley tour around Beverly Hills, visit famed A-list hotspots like the Chateau Marmont or Viper Room, and gaze up to Mount Lee to see the famous Hollywood Sign. And for a bit of culture, the Getty is a must-visit museum showcasing the best of J Paul Getty’s art collection!

How can you reach Los Angeles from the cruise terminal?

Most cruise ships enter Los Angeles from the World Cruise Centre, which is positioned about 25 miles to the south of downtown in San Pedro. There’s also a second pier in Long Beach used by Carnival Corp, and an express bus links San Pedro and Long Beach with downtown LA. These express buses operate every 20-30 minutes, meaning you’ll never have to wait too long to get into town! Another option is to walk or take the trolley to Long Beach from San Pedro, and then hop onto the blue line metro. Taxis and car rental offices are also on hand for those ready to brave the famous freeway system.

Many passengers drive to their cruise in LA, which is fairly famous for its car-centric lifestyle. This means that you’ll find an abundance of parking areas on hand. At the World Cruise Centre, there’s onsite parking with no reservation required. The standard rate is currently $17/day for regular sized vehicles or $32 for oversized vehicles. Some hotels in the area also offer parking for cruise passengers, so it’s worth asking around particularly if you plan to stay for a night or two. This can save you a bundle on parking which helps offset the hotel cost!

LOS ANGELES - DID YOU KNOW?

Dining out in Los Angeles can be glamorous, but some of the most enjoyable experiences are anything but! Don’t miss the mega-popular freshly prepared burgers at In-n-Out, the hotdogs at Pinks, or the comfort food at Roscoe’s Chicken and Waffles. Mexican food is also top notch in LA – head to Olvera Street to see historic adobe buildings, listen to mariachi music and sample amazingly fresh tacos.

Apart from the Getty, another cultural attraction is the Los Angeles County Museum of Art. With over 100,000 works from across the world, it’s well worth a visit. The museum’s conveniently located next door to the La Brea Tar Pits, where you can see preserved dinosaur remains and archaeologists still hard at work.

The Hollywood Walk of Fame is a bright spot in slightly seedy Hollywood, featuring thousands of stars along its glittery walkway. Look for your favourites as you have a wander down this famous pathway.

Cinema buffs won’t want to miss the chance to take a tour of some of the world’s most iconic studios. Paramount, Warner Brothers and Universal Studios all open their doors to the public on guided tours, where you can see famous sets and maybe even spot an A-lister or two walking around the lot.