The Channel Islands are located in the sweet spot between England and France, enjoying a sunny climate, warm waters and pastoral scenery. Guernsey is the second-largest of the islands, famed for its dairy cows, beaches and historic wartime forts. The capital of St Peter Port offers a charming welcome to the island for cruise passengers with its colourful harbour, white stone buildings and abundant greenery. Visit top attractions like Cobo Bay and Castle Comet on a Guernsey tour, or find out more about a famous former resident at Hauteville House, once the home of writer Victor Hugo. 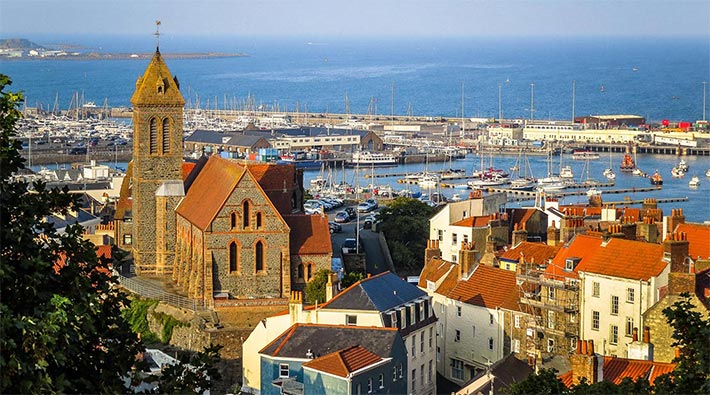 What You Need To Know About Guernsey

What are the can’t-miss sights in Guernsey?

You’ll want to start your tour of Guernsey in St Peter Port, its picturesque capital. Castle Comet sits a 15-minute walk away from the main pier, built in the 13th century before being expanded upon by Elizabeth 1 and Henry VIII and fortified by the Germans during WWII. Away from the castle, visit the Guernsey Museum and Art Gallery to learn more about the island’s history and dairy industry. Stop off at Victor Hugo’s Hauteville House, and venture outside of St Peter Port to see the Little Chapel. This is the smallest chapel in the world, made from pieces of pebbles, broken china and seashells!

How can you reach Guernsey from the cruise terminal?

Cruise ships pull right up to the main harbour in St Peter Port, so you’ll be right in the heart of the action upon arrival. Guernsey is easy to navigate, but to get your bearings you can stop off at the visitor information shelter on Albert Pier for a map and brochures. Stroll along the Esplanade to the town centre; attractions are clearly marked on street signs. This is a hilly town, so those with mobility issues may prefer to get around by shuttle bus or taxi. The island offers an excellent bus network, which follows a circular route allowing you to see Guernsey’s pastoral side.

Parking is straightforward on Guernsey. There are public parking lots on all of St Peter Port’s piers, covering Salerie Corner, Albert Pier, Castle Emplacement, North Beach and Victoria Pier. You’ll also find spaces in St Sampson’s for both quays. In total, there are over 1750 public parking spaces available in the St Peter Port piers, providing free parking for periods of 2 to 10 hours. Albert Pier is a short stroll from the cruise departure and arrival point, so you won’t have to travel far! For longer term parking, it’s best to consult your cruise operator or travel agent.

We have over 130 expert cruise consultants to help you book the perfect cruise. Many have first hand experience of Guernsey and you can find some of their best tips and advice below. 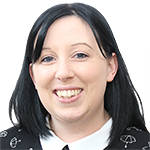 The Island is very easy to get around. The view points up at Candie Gardens were stunning. The afternoon Tea is gorgeous and the scones are some of the best I’ve tasted.

GUERNSEY - DID YOU KNOW?

Whether you prefer rugged rocky coves or white sands to rival the Caribbean, you’ll find the perfect beach here. Within St Peter Port are the La Valette bathing pools, dating back to Victorian times. They’re warmer than the sea due to their shallow levels. Head to the east coast for rocky cliffs like Fermain Bay, or enjoy sheltered sandy beaches like Vazon Bay and Cobo Bay on the west coast.

During WWII, Hitler wanted to use Guernsey as a staging ground for an invasion of the English mainland. As a result the island is dotted with bunkers and pieces of military history, a must-see for war history enthusiasts. Visit the German Occupation Museum to learn more about life during the occupation years, or see tunnels used to store U-Boats at the La Valette Underground Military Museum.

For something a bit different, why not see the Bailiwick of Guernsey Millennium Tapestry? It’s composed of 10 handstitched panels, made by each of the island’s parishes. These present scenes depicting the island’s history as seen by the locals.

With its seaside atmosphere, it’s no surprise that seafood is on the menu at most Guernsey restaurants. Dairy also plays a key role due to the local cows, who produce exceptionally creamy milk.