Bonn offers a laid-back ambience with multiple layers of history and culture. For some time (1949 to 1991, to be exact!) this city on the Rhine was West Germany’s capital, and today is still marked with stately yet elegant government buildings and a wealth of important museums that give it a grown-up feeling. Apart from this, the city’s perhaps best known for being Ludwig von Beethoven’s birthplace. It’s a great place to see classical concerts in historic buildings, yet there’s also a modern undercurrent running through its trendy restaurants and university-adjacent coffee houses. 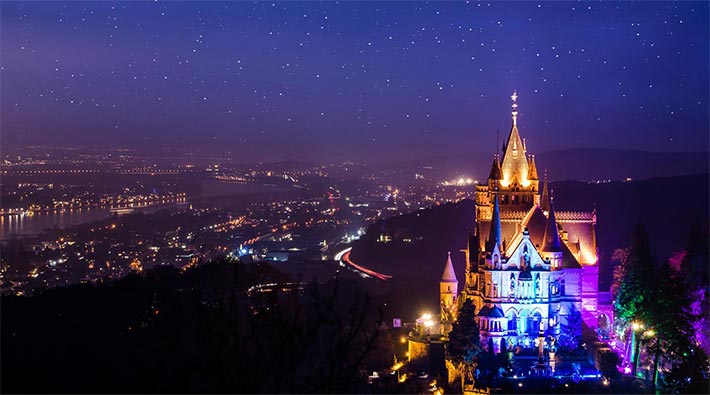 BONN - DID YOU KNOW?

Bonn Minster is hard to miss with its peaked towers, constructed between the eleventh and thirteenth centuries. Interestingly, before it became a Catholic church the basilica was used as a Roman temple.

Alexander Koenig was a famous naturalist who managed to collect quite a group of specimens at the start of the 20th century. His collection was donated to the Museum Koenig in 1934, which is one of Germany’s top natural history museums! There are loads of other museums in Bonn, including a museum of modern art and the Arithmeum dedicated to everything maths-related. The Rheinsiches Landesmuseum is another spot for history enthusiasts, with its Roman coins and busts.

Naturally, if you have any interest in classical music you’ll want to pay a visit to the birthplace of Beethoven. The Beethovenhalle now hosts classical concerts, conferences, trade fairs and even carnival shows, depending on the cultural calendar. Beethoven’s 250th birthday will take place in 2020, so expect plenty of festivities!

The University of Bonn plays an important role in the city’s history and culture, adding youthful energy with its student population and gathering places. You can explore its hallowed halls on a tour or visit individual buildings like Poppelsdorf Palace. The Palace’s gardens are particularly impressive, as is its Baroque exterior.