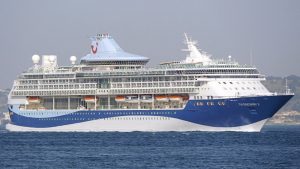 Marella Cruises are often frowned upon by long-time cruisers, I have just had a customer return and had only good things to say, he agreed it was not as traditional as his normal cruises, but value for money and convenience he gave them top marks, all went well from start to finish, as we all know the fly/cruise packages always run well, obviously flight delays are not possible to predict and can sometimes happen, but fortunately not in this case.

She was previously owned by Royal Caribbean and taken over by then TUI in 2017, so not as small as the rest of the fleet then, weighing in at 69,000 tonnes and coping with nearly 2,000 passengers, still a good “medium” size ship, or at least I would have said medium until the last few years when the super-sized ships have been launching!!

They decided to go all-inclusive, including drinks/gratuities, a good move I think, along with all of the local airports they offer, it makes a great product, I cannot comment on the older ships, not sold many of them, but this one and the other ex RCI ship Discovery, are both coming back with rave reviews.

This one caught my eye, these are all available to read on our website and trust me, people are brutally honest !

So don’t take my word for it, read the reviews

Another fantastic cruise 3 generations on it 27-82 , can’t fault it in anyway the staff were amazing, so hard working, food was beautiful as were the cocktails, the entertainment team well lets say they were amazing, all shows enjoyed by us all, Captain changed midway Captain Chris was so funny with his tales, and of course the weather was perfect, we were on discovery2 last summer and I wouldn’t hesitate to book again the atrium was amazing and everything kept remarkably clean polishing all the time my only negative point is the hand hygiene and I’m talking in the ladies bathrooms as both adult and children seem to forget this little thing…wash your hands and gel on entry to dining rooms whether  it be the self service restaurants or the main dining room , not many children about but school holidays had not started in England, we had upgraded to the premium all inclusive drinks package and it was well worth the money as branded drinks, coffees and water delivered to the cabin when we arrived, we had a great itinerary and the trips were great especially the tuk tuk in Lisbon , we ate in both the mdr and the buffet one , no complaints about any of them , swimming pools were cold but once you were under it was fine. The glasshouse was excellent to wind down after the shows and a game of cards didn’t go wrong either. Very relaxing holiday and I certainly would recommend it to all ages , but it’s same old same old with sunbeds….people leaving towels on all day, going out on a trip and coming back and removing them, so unfair but someone needs to step up and boot that into touch, but overall a great cruise

← QueenVictoria, what a treat !
Granny duty!! → 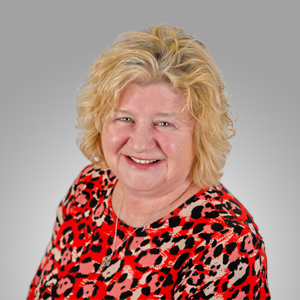 Born in Coventry in 1961 at Gulson Road Hospital, making me a true Coventarian!! I moved to South Africa at the tender age of 19 to live two years with my husband to "try it out" Way back then in 1981 the South African government kindly paid our fare. We…