If there is one cruise line that I am struggling to keep up with it is MSC – They seem to really emerged from the flames and grown significantly in the past couple of years.

Take most cruise lines, they have a new ship every other year or in some cases they can go 4 or 5 years without a new ship.

Since 2017 MSC have introduced the MSC Meraviglia, the MSC Seaside, the MSC Seaview, and this year the MSC Bellissima, and they still have the MSC Grandiosa later in the year. Then MSC have the next in the Meraviglia Plus Class in 2020 MSC Seashore in 2021 which is a new class – Seaside Evo Class. Then in addition to this we have the newest and biggest class in the MSC Fleet from 2022 the MSC World Class – ships that will total around 200,000 gross tons and be slightly smaller in gross tonnage to the Oasis Class in the Royal Caribbean fleet – She will have 4 ships in the class coming out from 2022, 2024,2025 and 2026! We also have another MSC Meraviglia Class scheduled for 2023 at the moment so that’s 8 new ships and they are all what one would call the MEGA ships – a minimum of 167,000 gross tons per ship – capable of holding around 49,000 guests on these ships alone.

Now MSC have announced that the next steps have been taken and the formal contracts have be signed for the construction of four luxury cruise ships. It has been said that for the 4 ships the combined value of the bill exceeds 2 Billion Euros – so 500 Million Euro’s per ship – quite some budget.

MSC Yacht Club has taken the market by storm, offering those that are willing to pay a little more, a little more for there money, more spacious rooms offering butler service around the clock, private deck areas with plunge pools, private bar and restaurants, all designed around the ship within a ship concept – giving those that want the more intimate experience and feel of a small ship, but allowing when you want to venture out on to a large ship the option to chose what suits your mood.

Similar to the Retreat on Celebrity Cruises – Found currently only on the Edge Class, The Haven on NCL and of course the Iconic Grills Experience with Cunard, however these prices compared up against the Yacht Club are significantly more expensive, but MSC have always been value for money providing you like the MSC Experience as they are traditional more European Cruises and this is noticeable around the ship, in the food options and the entertainment choices.

The four new ships will be around 64,000 gross tons and will have 481 Guest suites holding just 962 Guests.

It will be very interesting to see what MSC design with the all Yacht Club Experience Ships.

Have you cruised Ultra Luxury – would you try MSC? Are you a Fan Of MSC – Would love to hear all your feedback.

← The World of the Mega Ships!
Sad new from Marella Cruises as they plan to retire the Classic Ships in the fleet! → 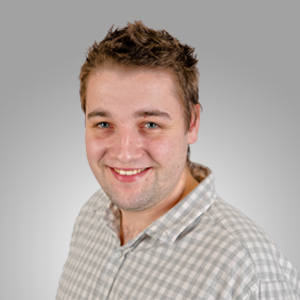 Hello there, I'm Tom Harding and I have been in the Cruise and Travel industry for about 10 years. Cruising has always been a passion of mine ever since I was little. I love the elegance and sophistication that comes with cruising and to be able to see lots of places…