One of the most frequent questions I get asked when trying to arrange the right cruise for my clients is regarding dress codes. Some are still under the impression that all cruise lines are overly formal and likewise some believe certain cruise lines have let standards slip when it comes to attire on board.

I have outlined below guidelines relating to some of the most popular cruise lines, I hope this helps. Please do be aware, however, there are no fashion police on board and these are guidelines/recommendations only. I must just make clear though that turning up to the main restaurant in a pair of ‘speedos’ is a definite no-no. 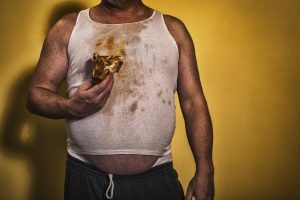 The Code: Celebrity’s website states that you’ll need two types of evening clothes for a cruise. Most nights are “Smart Casual and Above,” meaning sports shirts and slacks for men, while women will be comfortable in skirts or pants and blouses, or casual dresses. On “evening chic” nights, both men and women may prefer more dressy attire, though it is not required. Nor are jackets and ties required for men.

Number of Evening Chic nights: Cruises of four to six nights have one evening chic night, those of seven- to 11-night cruises have two, and those with 12 or more nights have three.

Nightly Casual Option: Casual dining is offered most nights on every cruise, depending upon the itinerary, and it’s served in the International Marketplace, outdoor grill, the AquaSpa Cafe and Cafe al Bacio & Gelateria.

Written Restrictions and Jeans: T-shirts, swimsuits, robes, tank tops, caps and poolwear are not allowed in the main or specialty restaurants. Shorts and flip-flops are not allowed during evening hours. As long as jeans don’t have holes, rips or tears, they are permitted in the main dining room any night of the cruise.

The Code: Cunard offer guests a great balance between being relaxed and free to dress as you please during the day and the chance to sparkle in the evenings, whether dressing for dinner or the extra glamour of Gala nights. During the day, guests are welcome to relax and dress as they please in all areas of the ship. As day turns into night, Cunard ask that you wear smart attire in most of the bars, restaurants and entertainment venues during the evenings. On the much-loved Gala evenings, which are the highlight of the voyage for many, Cunard invites you to dress to impress as the celebratory atmosphere and sense of occasion is heightened across the ship.

Number of formal nights: There are two or three Gala evenings for every seven days of your voyage. Of course, if you prefer to spend your evenings in more relaxed attire, a selection of casual dining and entertainment venues are always available for your enjoyment. This really allows you to enjoy your holiday as you wish to.

The Code: Norwegian has no formal dress code. Cruise casual is acceptable most of the time and includes summer and casual dresses, skirts, regular or capri pants, shorts, jeans and tops for women, and khakis, jeans, shorts and casual shirts for men. For dinner, collared shirts and pants or “nice” jeans are suggested for men, and slacks or jeans, dresses, skirts, and tops are standard for women. Suggested dress applies to dinner in all restaurants, although upscale specialty restaurants like Cagney’s and Le Bistro do require passengers to dress a bit more formally. Referred to as smart casual, this includes slacks or jeans, dresses, skirts and tops for women, and jeans or slacks with collared shirts and closed-toed shoes for men.

Number of Formal Nights: There are no official formal nights, but “Norwegian’s Night Out” is the line’s freestyle (and optional) version of a formal night. Cruisers might also want to pack an all-white ensemble for the line’s signature White Hot or Glow parties.

Written Restrictions and Jeans: Swimwear is fine at the buffet and outdoor restaurant — so long as you put on a cover-up. Jeans in the main dining room and specialty restaurants are acceptable as long as they aren’t overly faded, with holes or tears, or worn below the hips. Tank tops for men, flip-flops, baseball caps and visors are not permitted in the main dining room or any of the specialty restaurants.

The Code: From 2016, P&O Cruises simplified its dress code to “evening casual” and black tie. Black-tie attire includes a dinner jacket, tuxedo, a dark suit or kilt and jacket for men and a ball gown, trouser suit or cocktail dress for women. Evening casual attire includes optional jacket and tie for men and anything from tailored trousers to smart separates or an elegant dress for women.

Number of Formal Nights: There are typically four black tie nights on a 14-night cruise.

Nightly Casual Option: If you’re not inclined to dress up for formal evenings, P&O Cruises has you covered with casual dining venues on its ships, including the buffet and deck bars.

Written Restrictions and Jeans: On casual nights, trainers, shorts, football shirts and tracksuits are not permitted; smart jeans are acceptable. In the evening, the dress code applies to all restaurants and bars. In addition, swimwear is never permitted in the lounges, indoor bars, restaurants or reception area. A shirt and footwear is always required inside the ship and at the buffets.

Written Restrictions and Jeans: In the dining room, items such as cutoff T-shirts, shorts and halter tops are not permitted; shoes must be worn at all times. Jeans are permitted as long as they aren’t fraying and don’t have holes.

Nightly Casual Option: The Windjammer cafe is the laid-back evening choice — though tank tops and caps are not allowed during dinner.

Written Restrictions and Jeans: No caps, tank tops or bathing suits are permitted in the dining room. Shorts are not allowed during dinner. “Tasteful” jeans (with no blemishes, tears or mis-sizing) are permissible, according to a Royal Caribbean spokesperson.

The Code: Marella Cruises operates an informal dress code, except for the Captain’s Gala Reception, when a dinner jacket, tuxedo or a suit and tie is required by men and a cocktail or evening dress for women. Otherwise, it is smart casual and for men that means full length trousers and a polo or open-necked shirt. For women it means two-pieces, casual or elegant dresses.

Number of Formal Nights: There is one formal night per seven-night cruise.

Written Restrictions and Jeans: Light-coloured jeans are not permitted in the main dining restaurant in the evening.

The Code: “Casual resort wear” is appropriate, except for formal evenings when men are required to put on suits or jackets and ties, and women cocktail dresses. In addition, passengers who would like to participate in theme nights are encouraged to dress according to a specific theme. Examples include White Night, Tropical Night or 60s/70s/80s Night.

Written Restrictions and Jeans: After 6 p.m., jeans, T-shirts and shorts are not permitted in the ships’ public areas. No swimwear is allowed in main dining rooms. Jeans are allowed on casual resort wear nights, as long as they aren’t torn or ripped.

The Code: In 2013 Fred. Olsen Cruise Lines scrapped its informal dress code in favour of just two options: Smart casual and formal. Formal dress means tuxedo or dark suit for men and cocktail or evening dress for women. The smart casual dress code welcomes a more relaxed feel, with men free to wear a jacket and tie or, if they prefer, an open-neck shirt with chinos or smart, dark-coloured jeans. For women, the choice is elegant dress or smart two piece.

Nightly Casual Option: Palms Cafe on Balmoral and Braemar, The Secret Garden Cafe on Boudicca and Garden Cafe on Black Watch are open for those passengers wishing to stay with casual dress in the evening.

Written Restrictions and Jeans: No swimwear is ever allowed in the dining room.

The Code: Cruise & Maritime Voyages operates a relaxed “casual at passenger discretion” dress code policy, which usually applieson embarkation day and the night before disembarking, plus when the ship is in a port. On formal nights the line recommends a suit or smart jacket and trousers, with or without a tie, for men and a cocktail dress, trouser suit or stylish co-ordinates for women.

Number of Formal Nights: There are two formal, or gala, nights on every Cruise & Maritime Voyages cruise.

Written Restrictions and Jeans: The line request that guests do not wear shorts or vests in the main restaurants. There is no written restriction on jeans.

I hope this helps and clears up some of the questions you may have. I would be interested to hear your opinion on dress codes – a valid addition to the whole cruise experience or should you be able to wear exactly what you want when you want on your own holiday?

← A Look Back At Thomas Cook – The Early Pioneers Of Cruising – A Brief History. 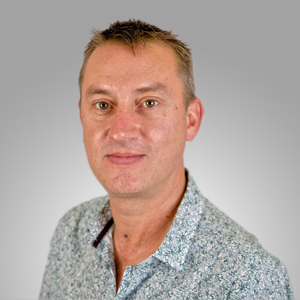