China is a destination on the bucket list for many of us. When we think of China we imagine most of us envision the sun setting over the famous Great Wall, the calm waters lapping at the shores of the iconic Summer Palace and of course the mysterious expressions chiselled in to the faces of the Terracotta Army of Xian – row upon row of stone warriors guarding their Emperors tomb. What may not spring to mind for many of you is entry issues. But perhaps it should.

Chinese visa requirements for travel agents are frankly a bit of a nightmare. There are so many different types of visas for different entries, different costs and various provinces allowing visa free travel IF certain conditions are met. With so much red tape its difficult to be absolutely certain of whats what.

But imagine this, you did your research. You were 100% sure that your itinerary meant that you would be granted entry under the visa free programme – you tick all the boxes.

So off you go, passports in your pocket and suitcases neatly (or not so neatly in some cases) packed. Checked in, on the plane and soon enough you find yourselves queuing at immigration in Beijing airport, your holiday is just beginning. Or is it? Imagine the horror, disbelief and panic to hear the words ‘Entry refused’. But why? What now?

Those are the very words hundreds of tourists have heard this week whilst trying to gain entry in to China. No reasons were given, they were simply held within the airport unable to collect their luggage and told if they didn’t book an onward flight they would be arrested!! Families and even couples were separated as some were granted entry whilst others were not without so much as an explanation. Many of those families and couples were supposed to be joining a cruise ship for a trip of a life time but sadly due to the extra costs involved to rebook flights some had no choice but to abandon their plans and return home. The rest flew on to Japan where they were reunited with their loved ones onboard a few days later.

The Foreign Office last week updated its advice to travellers visiting China, warning that the British Embassy in Beijing had ‘received reports of a recent increase in cases where entry to China under the visa waiver on arrival scheme has been refused’.

It said such refusals ‘may be linked to previous travel history’. It also warned that entry to China under a visa waiver is not guaranteed and Chinese border officials have the right to refuse entry without warning or explanation.

The point of my blog this week is not to scare, panic or even put anyone off travelling to China. Its an amazing country with so much to offer, in fact if it isn’t a destination you visit in your life time I would hand on heart say you would have missed out on a once in a lifetime experience. But please make sure you have the correct documentation and if at all unsure, apply for a full visa before travelling to avoid the desperate situation many tourists have found themselves in this week.

← What the demise of Thomas Cook means for you
Ready…Set….Encore → 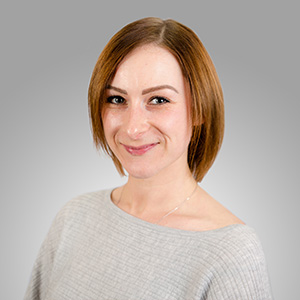