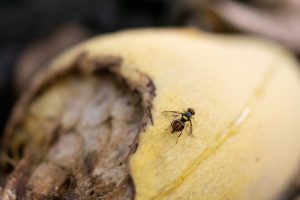 For anyone who has ever worked at sea this is a mantra that is repeated over and over again when nearing US waters in case the dreaded USPH board the ship.

Recently it was headline news that Carnival Fantasy failed its inspection by only getting 77/100 when the pass mark is 85.

But how bad is this and what is USPH?

USPH stands for United States Public Health and is a regulatory institution in the USA. One if its agencies is the CDC (Centre for Disease, Control and Prevention) and it assists the Cruise Industry in preventing and controlling the spread and transmission of illnesses and improving Public Health.

If you are sailing in US waters you can expect a twice yearly inspection which is unannounced. Depending on the size of the ship depends on how many Inspectors board and how long it takes. Normally between 1-4 Inspectors will board the ship and take 8-10 hours to fulfill their inspection.

As I mentioned earlier in order to pass you need to achieve a pass mark of 85/100 and in fact in the last 12 months only 16% of ships inspected managed an amazing 100/100 pass. There were 171 ships and 28 ships including Anthem of the Seas, Regal Princess and Aurora achieved this.

Having worked on ships the announcement that USPH were on board filled you with terror and the cleaning never ended with fridge seals and surfaces being constantly washed, rinsed and sanitised and then checked that the pH levels were correct. Waste had to be separated correctly and even if you threw a garnish off a drink away if the cherry did not go into food waste and the cocktail stick into a separate bin you can lose a point.

Carnival Fantasy failed by 8 marks and some of the reasons were as follows:

In the grand scale of things it’s not as bad as it sounds and many ships fully pass on the next inspection.

Have you ever been disgusted by standards on board a ship?

← Top 20 Cruising Hacks from a Cruise Expert
Things you won’t see on a cruise ship anymore? →