I’m a Celebrity – get me out of here!

If anyone has ever watched this programme then you would know it is set in the rainforests of Queensland, Australia. I recently visited a rainforest of my own in the wonderful country of Costa Rica and have to say I definitely did not want to get out of there.

My adventure started on a cold Friday morning at around 4am as my colleague and I checked out of our hotel at London Heathrow. We stayed at the Thistle near Terminal 5 as this has direct POD access to the airport from the hotel. 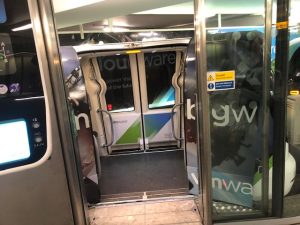 The POD is a robotic transport vehicle that takes you and your luggage from the hotel to airport in just under 5 minutes for £5 – a taxi costs £12 and takes 25-35 minutes die to the traffic. 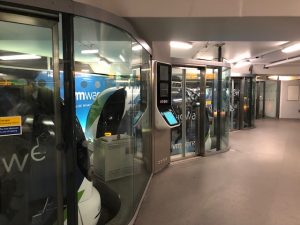 Our flights were with Iberia via Madrid and I have to say I was very impressed. There are direct flights from Gatwick to San Jose however they only run on certain days and are with British Airways. The flight to Madrid was approximately 2 hours and then the flight to San Jose was just over 11 hours. The service on the flight was excellent and I managed to watch three of the latest films including A Star Is Born and The Favourite. Food was also plentiful with a breakfast snack just after take off followed by a three course lunch then a further snack just before landing. We landed around 2pm local time as Costa Rica is 7 hours behind the UK. We landed in the middle of a huge thunderstorm and as a result it was quite a bumpy landing but to be honest I have had much worse. We exited the plane straight into the airport were we queued for no more than 10 minutes to clear customs and immigration. Unlike the US the Costa Rican immigration staff were smiley and welcoming to us as visitors to their country.

After collecting our luggage we stepped into what I can only describe as a sauna! Humidity in the rainy season can be around 75-95% and temperatures can reach up to 30 degrees. Rainy season is from May till November but does not stop the tourists as long as you are prepared for it. We soon saw a sign with our names on it and were introduced to Francisco from Intrepid who told us to call him Fran. He led us across the car park to his van that could seat 9 including him. There were going to be 7 of us in total so plenty of space for us and the luggage although no more than one suitcase per person is the maximum. His van was fully air conditioned, had seatbelts and as we were on a working holiday it also had wifi. 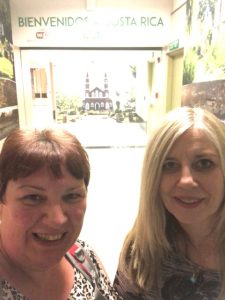 My colleague, Alison, and I arriving into Costa Rica 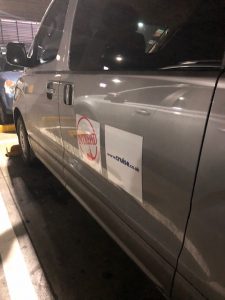 Our private van for 8 days

The journey into San Jose was approximately 35 minutes due to quite heavy traffic on the outskirts of the city. Our first hotel is classed as a 5* however I would say it is a 4* plus. The hotel was called Studio Hotel and was an art hotel which you can clearly see when you enter. If you have more time you can organise an art tour as it is full of expensive art from sculptures to paintings. The rooms were huge and either had two queen beds or a king size bed. They also had a minibar, fridge, iron, ironing board and coffee maker plus two complimentary bottles of water. The bathrooms had a huge waterfall shower, sink and toilet. The toilets have small pipes and you are encouraged not to put anything down the toilet including toilet roll and as alien and gross as this is to us I can say that I never once thought any of the toilets I used were disgusting. The hotel also had a rooftop pool terrace. 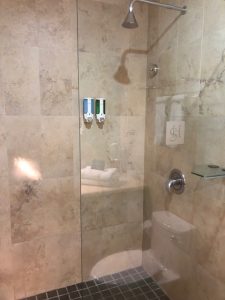 Shower with soap and shampoo 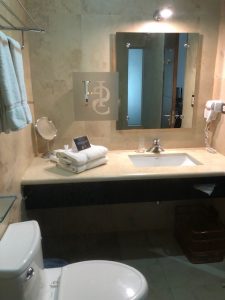 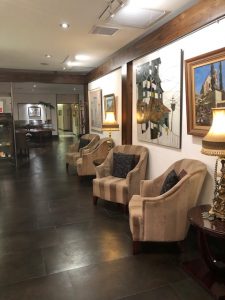 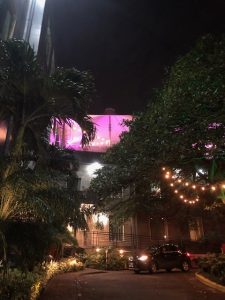 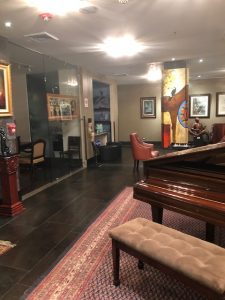 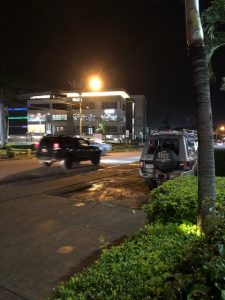 View from front of hotel into downtown San Jose 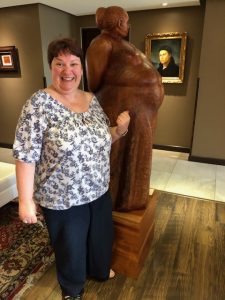 Proving that big women are popular in Costa Rica 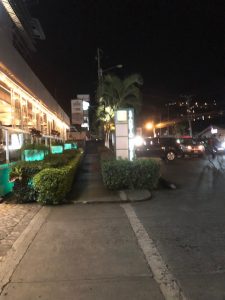 Another view of downtown San Jose from hotel 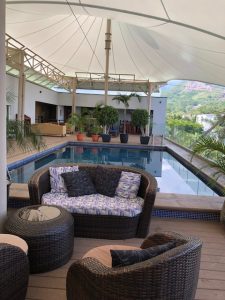 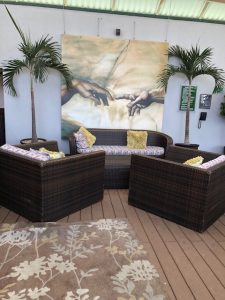 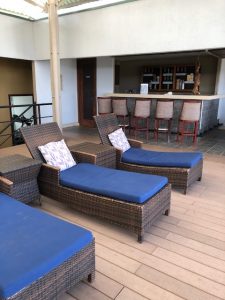 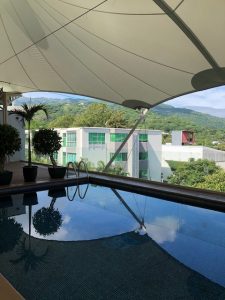 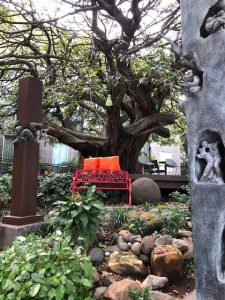 Art work outside the hotel 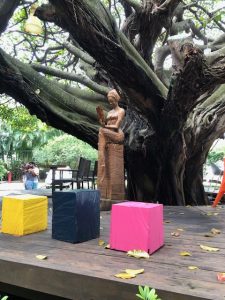 More art work outside the hotel

At 7pm we were collected by our guide and driver Fran for a 30 minute journey to Mirador Tiquicia in Escazu. At over 1300 metres above sea level you are above the clouds as you gaze out over the city of San Jose sprawling below you. We were treated to a traditional show followed by a buffet of Plantains, Yucca Balls Deep Fried and Gallo Pinto (rice and beans) all washed down with the local beer, Imperial. 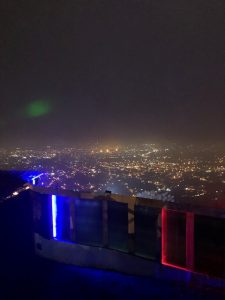 View over San Jose and Central Valley from restaurant

After dinner we left the restaurant for the 30 minute journey back to the hotel where we retired for the night as we had to be at breakfast the next morning for 7am.

Next Blog……Rio La Suerte and Tortuguero and tales of the man turtle!

← Travel Agents Are The Worst At……….
Why should you take a bin liner to Costa Rica? and other tips! →