Its true, Venice is sinking and  by 2100 the city, one of the worlds greatest cruise ports, could be gone.There are currently triple concerns over this most beautiful of destinations, Flooding that is a result not just of tides but rainwater,the impact of mass tourism, and the fact the city is  actually crumbling The city is built on a natural marsh flood plain,which doesnt help the stability. 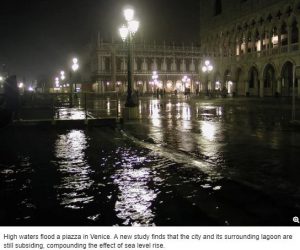 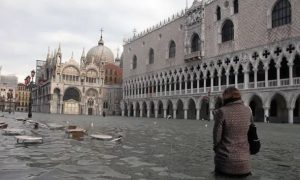 In 2003 construction began on MOSE, a tidal barrier across the lagoon designed to stop flooding in the city .At $6.5 billion it hasnt come cheap, but its still not working with flooding at the end of November last year claiming 11 deaths and most of the tourist hotspots being evacuated ,with the city at one time in November- 75% underwater.

It is hoped the project will be finished by 2020 and testing is still in progress.The problem is that Venice is also threatened by the amount of cruise passengers the city is taking, and the Italian goverment have still a plan in place that by the year 2021 cruise ships over 55,000 tons will no longer be able to pass through St Marks basin and past the St Marks Square, or dock in the city.Instead they will have to cut through the far end of the harbour and past the MOSE barrier.Most cruise ships now dock at Marghera next to the suburb of Mestre

Experts say that the delicate ecosystem is at its tipping point after years of debates and delays.The barrier will help, but because of the low lying situation of the city, they cant stop rainwater flooding the interior sites.Having visited several times i love this city and hope that more can be done.I work in the cruise industry but totally agree that something has to be done to protect not just Venice but any ports that are likely to be adversely affected around the globe. 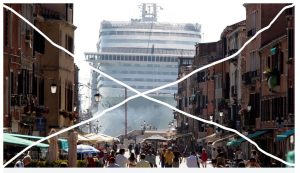 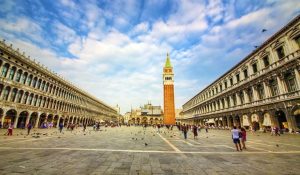 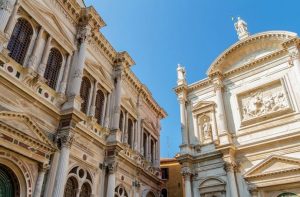 In March last year over 4.000 protesters took to the streets for the Dignity of Venice in a demonstration against large cruise ships waving banners that translates to “This is not Veniceland” a reference to Disneyland.The city has lost over 45% of its resident population over the years, with tourism blamed for high house and commodity prices.The number of cruise passengers had dropped but as of last year the number of cruise passengers were on the rise again to 1.56 million .Its a delicate balance as cruise chiefs maintain that over 4% of the GDP is from Tourism and that is a great economic benefit to the Venetians.Looking at the bigger picture as we must, this amount of cruise passengers still only represent 5% of tourists visiting Venice and the cruise ships that frequented the lagoon only representing 10% of the total traffic using it.The cruise industry spend on enviromental research and innovation ,over 1.8 billion to date and continue to invest in minimising these effects and wholeheartdly believe in sustainable tourism, its in our moral interests to continue.

We hope that all the efforts will mean that Venice may be preserved for generations to come ,and see, and marvel at. 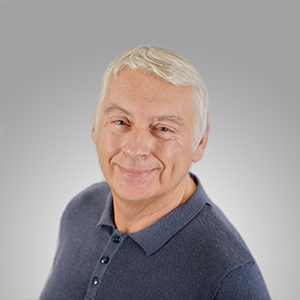