I love a ‘Guinness’

On 5th May I was lucky enough to go on Princess Cruises  ‘Royal Princess’ for 2 nights.  We sailed from Dublin to Greenock (Glasgow) with a stop in Belfast also.  More on the ship in my next blog…… 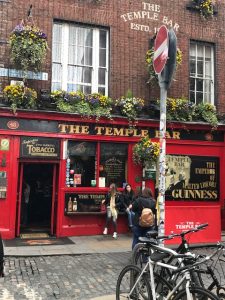 On 4th May my colleague Nicola & I flew out to Dublin so we could spend 1 night in Dublin before we went on the cruise ship.  We stayed at The Jury’s Inn, Parnell Street which is a great location to be central as only round the corner from the main street O’Connell Street.  We took the local bus from the airport, bus no 16 which goes from outside Terminal 1 at Dublin airport,  you buy a ticket in advance at the machine for Euro 3.40 each and it takes about 45 minutes to get to O’Connell Street.  We were amazed by this as a cab can cost in excess of 40 euros so saved us some valuable ‘guinness money’ – we had plenty of time as arrived by 9.30am so this was the most convenient and cost effect way.

We checked in straight away as our room was ready, very clean & comfortable, the staff were great and very pleasant & helpful.  Breakfast was fantastic too.  We freshened up and left our bags and headed off for a wonder around Dublin.

I would definitely recommend this hotel for a stay in Dublin.

If you go to Dublin then you should try a Guinness as it tastes so different than here & I don’t like it here but in Dublin, well that’s different matter – we had a few pints in the afternoon….. 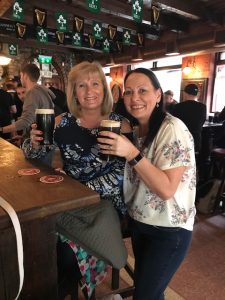 Most of the pubs have live music on which is great fun and this time did not disappoint. 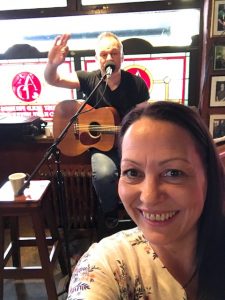 We did a bit of shopping and had some lunch then met up with a couple of colleagues who had just disembarked Royal Princess as they had been on for 3 nights so had 1 more Guinness with them. 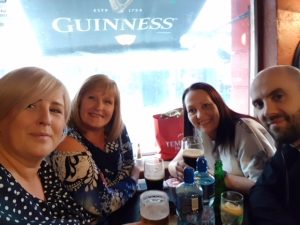 We headed back to the hotel to re-fresh as we were meeting one of my good customers who lives near Dublin so came to meet us.  He took us on a walking tour of the most famous sights as we have seen them before from a sightseeing bus so was really interesting to see the places properly.  We had a couple of drinks along the way and had a really nice evening. 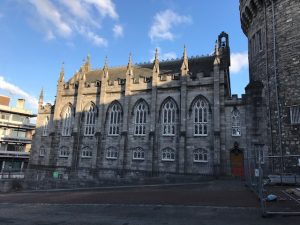 We had a drink in the pub where ‘The Dubliners’ formed and performed – called O’Donoghues, there was a great atmosphere in here and it was very busy. 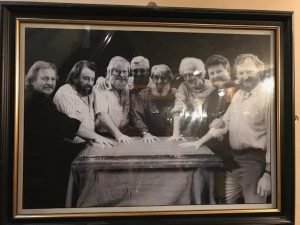 This picture is on the wall in the pub.

We went to another pub known as the oldest pub in Dublin but no seats so headed elsewhere.

It was a lovely evening and my client Alan has some great stories about his days cruising and is a very fun & interesting character & we had a good laugh and saw most of Dublin.  He should be a public speaker as so many interesting topics we talked about. We walked over 21 thousand steps that day according to my fitbit!!

We fell into bed shattered and ready to board the ship the next day.

Come back next time for more on Royal Princess…….. 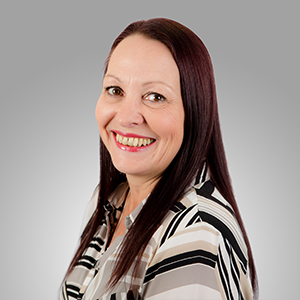 My name is Barbara Hopley (my real surname is now Neale) but most people call me ‘Babs’ – doesn’t sound as old as I’m not really that old. I am passionate about Cruise and have over 30 years of experience of travel knowledge. After working for various travel companies I…