If you have read my previous 2 blogs you will know that I recently sailed on Celebrity Cruises newest ship Celebrity Edge around the Caribbean for a week. Now a big thing about Cruising is the food and entertainment onboard and I have to say both were brilliant on this ship.

There were 4 Main Restaurants onboard Tuscan, Cosmopolitain, Cyprus  and Normandie. We were allocated Tuscan for the duration of the cruise and I have to say we were impressed every night with the food.There was a good selection and then there was alway a menu that was the same every night too for people who were maybe fussy eaters. There was also a selection that was only available in that particular restaurant so each had its own signature dishes.The service in the dining room was also very good as was the service from the wine waiter. We had the Classic Drinks Package incuded and as you can only have wine by the glass we thought they may be a bit sparce with it,but no sooner was your glass empty they filled it up again.

The Ocean View Cafe on Deck 14 was open every day for breakfast, lunch and dinner and was set up in different stations. There was a huge choice of food from around the world with hot and cold options and a large dessert selection too. It wasnt till the last day that we discovered there was also a Pizza Station tucked araound the corner!There was also Il Secondo Bachio (2nd Cafe El Bachio) in the Ocean View Cafe which was open from 10.30am until 1am. The Grill on the top deck was great for grabbing a Hot Dog or Burger if you just wanted something quick.

These was 4 Speciality Restaurants onboard, Raw on 5, Fine Cut Steakhouse and Le Petit Chef, a French Bistro and last but not least the Roof Top Garden. We had booked into this Restaurant on the 2nd evening of the cruise and enjoyed a lovely 3 course meal for $35.00 a head. We enjoyed this so much we booked again for lunch on the last day. 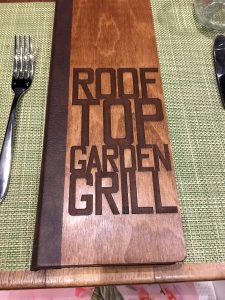 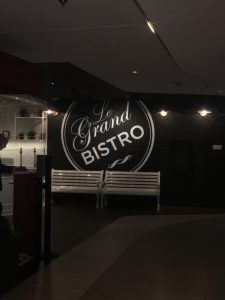 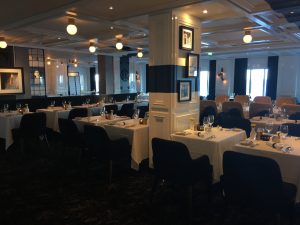 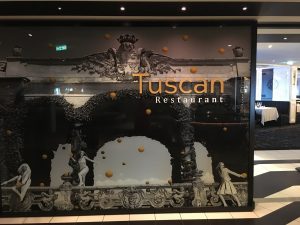 The Magic Carpet could also be used as a dining venue 1 night a week and this came with a set menu and settles along Raw on 5 where the two Restaurants meet. 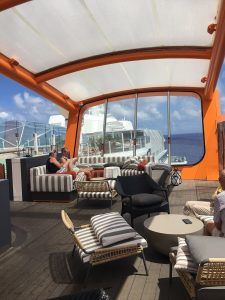 The entertainement onboard was second to none and was some of the best that I have seen on a cruise.   “Kaleidescope” was one of the theatre productions based on life through a coloured lense and  a colourful mix of music and dance. 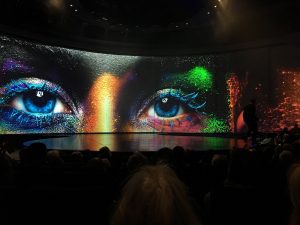 One of my Favorites was  “A Hot Summer Nights Dream”. This was a lighthearted taste of Shakespeare  with lots of Acrobatics and a little bit of madness. Les Fardais was a brilliant acrobatic show in the club with  amazing performers hanging off chandeliers, and pole dancing like you have never seen before. 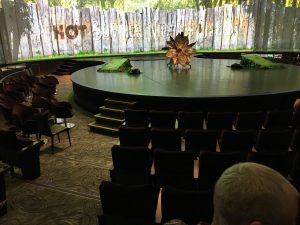 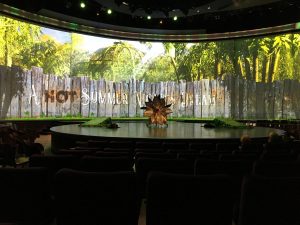 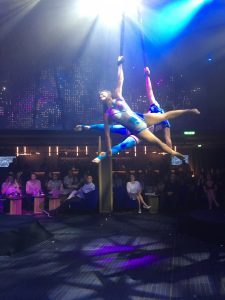 The Club onboard was also host to a “Silent Disco” which is great fun with 3 channels available on your headset and everyone singing different song. There was also a 2nd one held in Eden later on in the cruise. 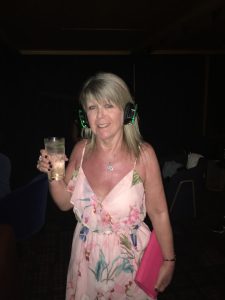 The musical perfomers onbaord were very good and lots of different acts around the ship. These also moved from venue to venue so if you had a favorite you didnt need to see them in the same place all the time. The Grand Plaza in the centre of the ship was a popular place on the evening also being the home of the Martini Bar.  Free Label which was the resident band I think were my favorite, and the dance floor was never empty when they were playing. Another popular performer  was Linda Capewell  was a New Zealander and played guitar and sang. Most days she would do a set around the pool and had everyone singing and dancing along. 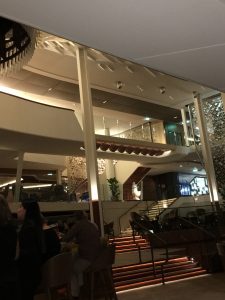 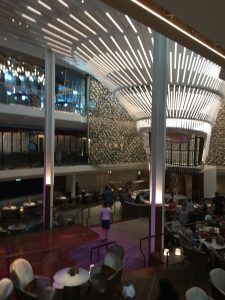 If you didnt want to be in amongst all the song and dance there was alway a recent film being shown on the big screen at the Roof Top Garden and Bohemiam Rhapsody and Mama Mia Her We Go Again were 2 of the popular ones shown. 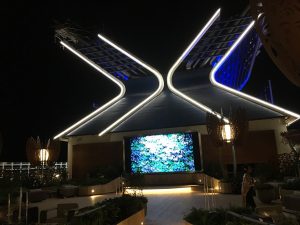 I dont think a week was long enough to get to see everything and take it all in but I know for sure this wont be the last time I will be on an Edge Class Ship! 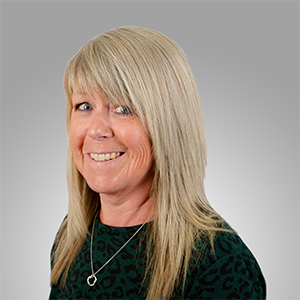