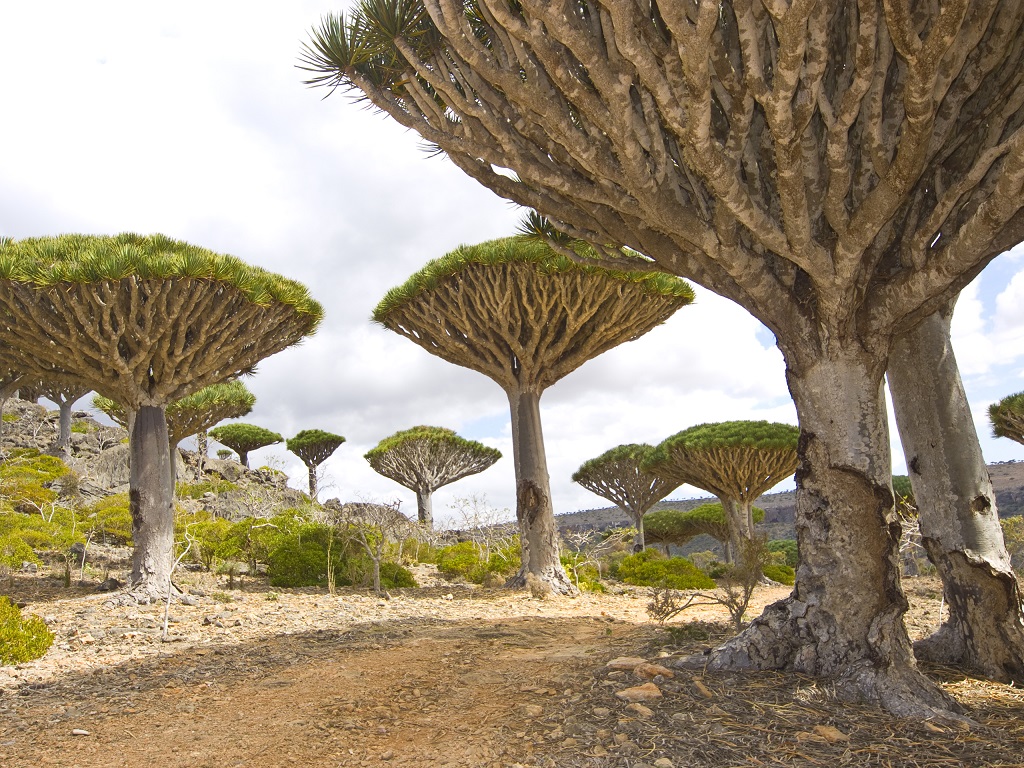 Have you been to somewhere unusual, somewhere amazing and not well known.

When you talk about it do people say where is that?

We are always looking for unusual places to add to Land Tours and I would love to hear some of the places you have been or perhaps you have not been but want to?

Here are some of my favourite most amazing places on Earth

Sixty million years ago a huge volcanic eruption spewed out a mass of molten basalt, which then solidified and contracted as it cooled, creating the cracks that can be seen today. There are an estimated 37,000 polygon columns at this World Heritage Site, so geometrically perfect that local legend has it they were created by a giant. (Which is the story I prefer).

Another UNESCO World Heritage Site in southwest Turkey. Water cascades from natural springs and down the white travertine terraces and forms stunning thermal pools perfect for a quick swim. 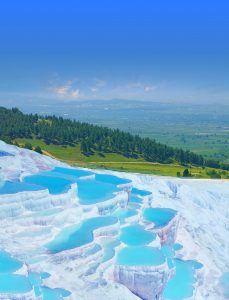 Better known as the Hallelujah Mountains or for those Fans of the film Avatar the Floating Mountains of Pandora.

Separated from mainland Africa more than six million years ago, this remote island looks like the set of a sci-fi film. Socotra’s incredible and unique biodiversity means that there are plants and trees here not found anywhere else in the world – particularly bizarre are the ancient and twisted dragon’s blood tree and the bulbous bottle tree. 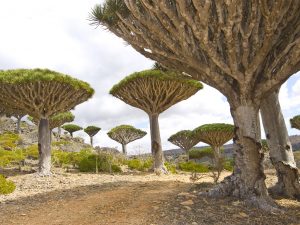 Perhaps not the best thing as it shows what pollution has done to the Oceans. However, this glittering sea glass beach in California has become a major tourist attraction – now ironically under threat because visitors are taking home the glass.

Perhaps Bali’s most beautiful attraction, these stunning multi-level masterpieces at the Hanging Gardens of Bali has been crowned “best swimming pool in the world” many times over – and you can see why. Standing tall in the jungle and towering high above the treetops, the pool’s dramatic drops, waterfalls and architecturally-perfected curves makes it an Instagram-favourite. 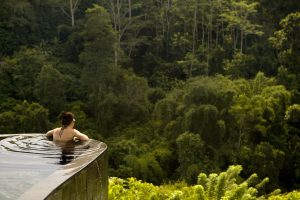 The Plitvice Lakes National Park, Croatia’s most popular tourist attraction, was granted UNESCO World Heritage status in 1979. Located roughly halfway between capital city Zagreb and Zadar on the coast, the lakes are a definite must-see in Croatia. Sixteen lakes, inter-connected by a series of waterfalls, produce a stunning backdrop.

On Vieques, a small island off the coast of Puerto Rico, you’ll find the world’s brightest bioluminescent bay. People come to Porto Mosquito –as it’s come to be known—from miles around to wonder at this natural phenomenon. You just wouldn’t think that these sorts of colours could exist in nature, but they do. The bioluminescence is produced by the dinoflagellate Pyrodinium bahamense, which releases that characteristic light whenever the water is disturbed. But I prefer to think its just Mother Nature at her best.

This unworldly geyser is on private land on the edge of Black Rock Desert in Nevada. Created accidentally in 1964 after an energy company drilled down into geothermal waters, today a scalding fountain erupts up to five feet high and the resulting mineral build up means the cone is growing by several inches each year. The brilliant hues of red and green are down to thermophilic algae. 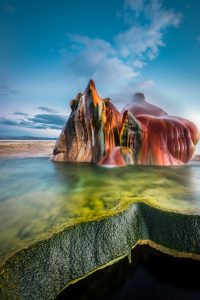 There are of course so many more than this and I would love to hear about your favourites.

← All about Sid!
How to Break the Ice on a cruise Ship and make Friends – My Top Ten Tips →