A Generational view of Royal Caribbean and the Fjords

I have just returned in September from a cruise on Royal Caribbean‘s Adventure of the Seas to the Fjords. I travelled with my husband, our 15 year old son and my 73 year old mum. Here are our thoughts.  I really enjoyed this trip. I had not been to the Fjords before and so we booked balcony cabins to make the most of the scenery.It was fantastic waking up on the second morning as we glided effortlessly down Gierangerfjord. The view was spectacular. The sun was peeping through the clouds shining shards of light which hit the mountains around us breaking up the austerity. Cameras cannot really capture the beauty it is one of those things you have to experience to enjoy. Chilling on the Balcony

Over the week we docked at Alesund, Flam, Skjolden and Stavanger. Each place held its own attractions. We went on a shore excursion to the Alesund Aquarium and we also went to the Aksla viewpoint overlooking Alesund harbour giving a unique view of the ship. When we visited Flam we wanted to go on the railway and had tried to pre-book this excursion before we went but it was full. We enquired on-board but were told it was still full.  I was talking to one of the guests the night before we docked and he said it was best to go early to get a ticket. We were sat on our balcony watching people leave the ship at around 6.30am and thought maybe they were going hiking or just having a quick look round. We went after breakfast and walked down to the station to find a huge queue. We decided that it was ok we had plenty of time. However when the ticket office opened and the queue slowly started moving we started to get worried as the departures on the board slowly started changing to full. 9.30 full, 10.00 full etc… When we finally got to the front we just got the last places on the 12.30 train which left just one train that people could catch and still get back to the ship before it left. Top Tip: Pre-book or get in th queue early. In case you were wondering it was definitely worth it the scenery is stunning as the the railway clings precariously to the side of the mountain. Kjossfossen falls is beautiful and you can alight the train briefly to take photographs before you continue to the top. Top Tip: Don’t get off the train as it only stops briefly before returning. Just swap seats so you get the view from the other side on the way back. The ship itself was great for multi-generational familes with lots to do for all ages. We went to several shows including a comedian who was very funny and mentioned my home town (Goole) which made us all laugh. The Acrobats and dancers were great and we really enjoyed the music through the ages show. Most evenings after dinner we headed to a show then to one of the many bars playing live music, usually something understated like a touch of jazz or soul. The weather was ok but it was still a little breezy to brave the pools and although the adult only pool was sheltered and we may have ventured in my 15 year old could not and it was still two weeks to his 16th birthday. A shame but not the end of the world as our days were pretty much taken up off the ship exploring. We went to quiz night one night and formed our team the Goolies! of course. Much to our suprise the multi-generational thing had its advantages and we won only getting one question wrong. How many scoring zones on a dartboard. We counted 84 but it was actually 82. So close to perfection. The Captains cocktail party and meet the crew was great but very busy. Top Tip: Get there early and get a seat unless you can stand for a couple of hours. We also went to the Brit Rock party but this time we took our own advice and got there early so Mum could sit down. The food on-board was fantastic. We tended to eat mainly in the Windjammer as my husband is very fussy and my son, well he is a teenager, enough said.  The choice varied nightly and we were never disappointed. We did have one special meal in the Portobello restaurant and the food was belissimo. My mum and I also ate in the main restaurant when the boys went to the cinema. The menu was good and the food beautifully presented and very tasty, which was more than could be said for company as the two couples on our table of eight which with Dave and Alex missing left just us, did nothing but moan and complain about everything on board from the meals which were beautiful to the entertainment and anything else they thought we wanted to hear. To be fair we could not wait to get out of there. Top Tip: Don’t get stuck with people you don’t gel with. Go see guest relations and get moved it isn’t worth letting others ruin your holiday.

It was my Mum’s first cruise and she was a little apprehensive and she had been a bit stressed before we went, but after a day at sea I saw the stress visibly leave her face and she sat on the balcony breathing in the fresh mountain air chilling out. Her thoughts. ‘ I enjoyed the ports of call and sailing silently down the fjords relaxing on deck. The food was stunning and I cannot imagine the army of people needed to prepare all that food day after day and for it to be of such a high standard constantly. All the staff were so polite and helpful and some were very funny and bubbly with such character, I don’t know how they remember you night after night with so many people on-board. It made you feel like one in a million. Would I go on another cruise? Oh yes definitely, Ive been bitten with the bug and just need to persuade a friend to come with me now’.

Teenagers have plenty to occupy them from table tennis on deck to organised teen nights and disco’s. My son is not really one to go off and join strangers, he enjoys spending time with the family. If he had a friend with him however I think the situation would have been different. His view, ‘I enjoyed the cruise, the comedian was hilarious, I loved the ports, especially the aquarium where we saw the diver getting mobbed by the fish as he fed them. Feeding the Fish or Eating the Diver?

I enjoy scenery so loved Flam and the railway although I don’t know what the lady at the waterfall was all about? Abysmal! My favourite port was Skjolden where we went to Simon and Monika Page’s Llama farm. Yes thats right llamas, only the second most exciting creature on the planet next to Sloths. Sloths of course rule. Here you can book and go on a llama trek although the day we went there were a few ships in port so they were only offering  a taster session leading the llamas round in a field, but it was cool. See the pic’s! Skjolden River. The water really is this colour! I enjoyed the shopping in Stavanger, lots of cool shops and fab converse on sale everywhere.  My strangest souvenier, not a troll as you might think although they were everywhere, no it was a reindeer pelt which is now sat on my bed.’

All in all we packed a lot into a short week away. Norway is a fabulous place to visit so if you haven’t been yet you know what to do.

To Cruise or Not to Cruise? Which is best value? → 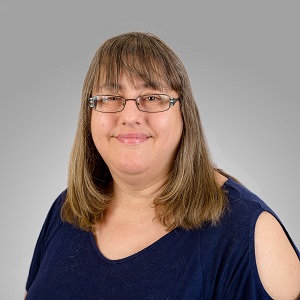