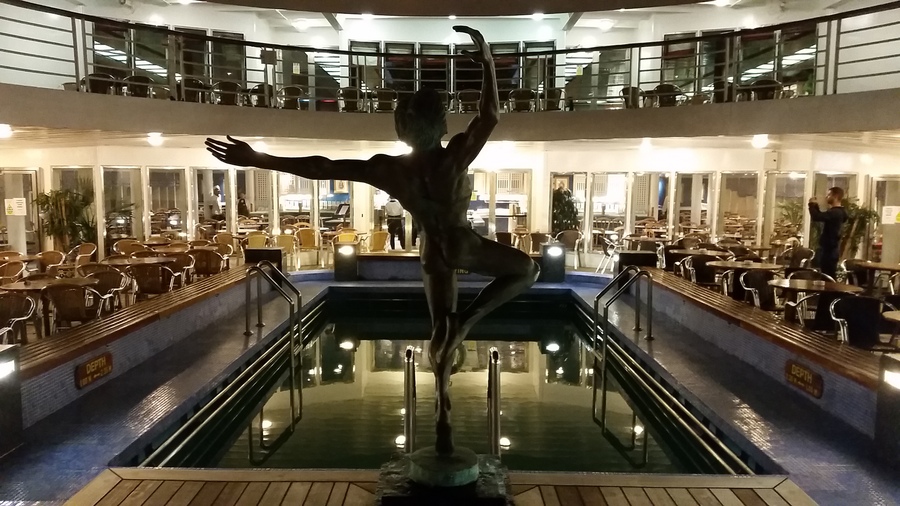 “Huh, a cruise. That sounds like something I’d enjoy”

Can you remember it?

Can you remember what you were thinking at the time?

Was it how amazing all the waterslides looked and how fun it would be to play mini golf at sea? Perhaps the superfast Wi-Fi or robot bartenders caught your eye?

Or could it be the romance of the sea? Standing on deck of a ship at night, cocktail in hand as you looked out at the waves bathed in moonlight.

If that’s the case we bet the possibility of a  mini golf course or rock climbing wall never even crossed your mind until you started to research cruising a bit more!

The reason we mention all this is that the www.CRUISE.co.uk  team were lucky enough to spend a night recently on Cruise and Maritime’s Marco Polo and it has to be said we were impressed!

The Marco Polo won’t be for everyone and we think even Cruise and Maritime would be the first to admit that but for a lot of people a cruise on Marco Polo will be an amazing experience!

Why is a fair question; after all, with so much choice on the market and so many new cruise ships out there why would you ever deliberately pick a ship that’s celebrating its 50th anniversary this year?

Have you ever stopped in an old 17th century inn or hotel compared to a new build Premier Inn?

Have you ever driven an old E-type Jaguar and compared it to a modern Ford Fiesta?

Have you ever had an 1811 Chateau d’Yquem and compared it to a generic 2013 bottle from Tesco?

There’s no comparison is there?

Some things just gather character and class to themselves as they get older and the Marco Polo is one such example.

It’s not an enormous floating hotel. It doesn’t have the latest in technology or innovation on-board – What it is though is a real ship! What do we mean by that?

Well to start with the ship isn’t enormous so it becomes a lot easier to navigate and ‘get a feel for,’ but it’s not just a size thing (sorry ladies but this time size really doesn’t matter!)

The ship manages to feel like a nautical vessel and a home from home at the same time. This means that whilst you still have the comfort of a ‘modern’ cruise ship you also get a much more realistic ‘cruise experience’ – something that’s been lost with a lot of the newer mega-ships.

Take the Columbus lounge for instance: The nautical theme is evident from the second you step inside… The outside decks however are where the Marco Polo really shine and look simply stunning by day or night. The space isn’t enormous but with only eight hundred  passengers it doesn’t have to be! It’s well lit, tastefully appointed and has what looks like (at least to us!) one of the deepest swimming pools we’ve ever seen at sea!

You’re also never stuck wandering around the ship looking for a particular bar on the map!

This next bit is for the serious cruise fans out there (so feel free to skip down a paragraph if that’s not you!) but one of the features of the Marco Polo that we really loved was that all the decks were real wood (see – we did say to skip down!)

This may sound like a minor, even trivial point but you’d be surprised what a difference it can make in getting across the feeling you’re on a real ship.

Wooden decks aren’t something you’ll really notice when you’re on-board but step aboard a ship that has the horrible, fake, plastic, lino looking decks and you’ll soon see what we mean! Top Tip – Take a look at the above video when it gets to 0:47 seconds. Due to the many refurbs the ship has said there’s a selection of outside cabins that actually face out onto the promenade deck. Make sure you close your curtains when you’re getting ready! (Unless you happen to be an exhibitionist anyway)

A Tour of the Cabin

Touring the ship, from the moment you board to the minute you disembark, you’re constantly reminded how much history this ship has behind it. How…..classical……the ship feels.

Some of the features we found on-board  were quite old fashioned; if we were to sit down and design our own ship they perhaps wouldn’t be anything we’d include but that’s the point – You always feel like you’re cruising with fifty years of cruising history behind you. Take the cabin doors for instance.

It’s been a LONG time since we had a cruise ship cabin (or a hotel on land for that matter) that needed a key rather than a key card to open it but all the cabins on Marco Polo are like this, just as all the cabins have raised lips to the doors and bathrooms (it’s probably been fifty years since this was actually needed in the design so don’t worry) but it adds an extra dimension to your cruise, almost as though you’ve traveled in time and booked a cruise fifty years ago (but with much better Wi-Fi obviously!)

Note to Self: The doors aren’t self-locking so make sure you lock up as you’re leaving your cabin! The cabin may look a little dated compared to more ‘modern’ cruise ships but on the other hand they’re also a lot more spacious when compared to a lot of newer cabins. All the cabins also have flat screen TV’s with a USB charging point in the back for your phones or tablets (something a lot of newer ships still lack, despite the prevalence of devices that can now be charged like this!)

Handy Tip: All the sockets are European so make sure you bring an adaptor or check our handy plug socket comparison guide before you go! (Our cabin steward was happy to supply us with a spare adaptor free of charge though – something a lot of other cruise lines would have charged for!)

Strangely, one of the most striking features about the cabins is that not all the floors are quite level; some of them have a slight slope to them. Whether that’s because after so many refits the floors are no longer quite flush with the corridor or whether it’s a deliberate design we’re not sure but it does add to the sense that you’re on a real ship and not just a pristine floating hotel.

Another nice touch is when you first enter your bathroom you find an old fashioned hair dryer attached to the wall….. Perhaps surprisingly, considering the ships size, the spa was one of the highlights of the trip for us.

It was actually quite extensive and well stocked, offering a wide range of options and treatments from the normal massages and beauty salon offerings (hair and nails) right through to saunas and sun beds.

You can see everything the spa has to offer in our video below but dont make the mistake in thinking that just because the Marco Polo is small you wont be pampered!

From what we saw you’ll be well looked after on-board!

The Bars and Restaurants On-Board

And finally we get to the main part of any cruise experience – the food and drink on-board.

The entertainment in the main show lounge wasn’t up to the standards of Norwegian Cruise Lines or Royal Caribbean  but then again, as we’ve already pointed out, the ship has something much different to offer that doesn’t necessitate big West End shows each night.

The acts of an evening were probably best described as up tempo cabaret  with the audience certainly appreciating the acts.  After 10:00pm everyone left the Marco Polo lounge and headed to the Scotts bar for a disco. The staff are then happy for the party to continue until the last man’s standing – whether that’s 10:30pm or 10:30am the next morning (well….that’s a bit of an exaggeration but you get our point!).

The food is exactly what you’d expect from a cruise line, in fact we’d say the choice of menu was a lot better than we’ve seen on much bigger ships and the quality of the food was second to none! (In case you’re wondering yes – the waiters are quite happy to bring you seconds and thirds if you liked a course).

So who will the Marco Polo suit?

There’s a wide range on people that would be suited to a cruise on the Marco Polo. After our review we suppose it would be easy for you to come to the conclusion that it’s aimed at an older clientele  and that’s true as far as it goes. Certainly anyone that prefers to navigate a smaller ship or is feeling nostalgic for the kind of cruise they enjoyed when they were younger will enjoy Cruise and Maritime but equally anyone, of any age, looking for a ship that can get them into some truly unique ports, not just the main ones that mega-ships, due to their size, are forced to use or anyone looking for a ‘real’ cruising experience rather than just a hotel that floats from one destination to another will have a great time on- board!

Have we wet your appetite for the Marco Polo? You can learn A LOT more about Cruise and Maritime here

Have you sailed on the Marco Polo or with Cruise and Maritime?

What did you think of the ship? 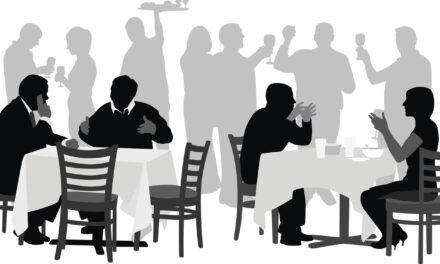 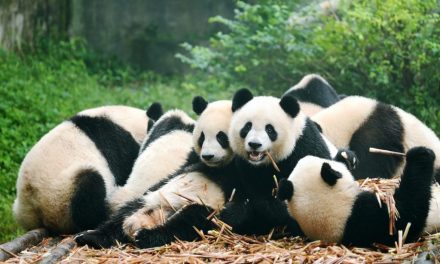 It’s A National Treasure, It’s Adored By The World…Here It Is