The 13th January saw the anniversary of one of the worst (and most avoidable) disasters of the modern cruising era.

We are, of course, talking about the sinking of the Costa Concordia and the tragic loss of thirty two lives on the 13th January 2012.

There’s been a lot written about that ill-fated night (which you can read here) but three years on we thought we’d put out a poll to our cruise community of over 200,000 people to find out how the tragedy had affected people’s opinions on cruising as a holiday choice.

Perhaps the silver lining to the accident was the adoption of ten new safety precautions (see below) by the cruise industry to standardise and improve safety on-board cruise ships.

Clearly these new measures have gone a long way in in reassuring holiday makers interested in a cruise as 70% of respondents we surveyed felt that not only were safety procedures clearly explained they had also massively improved since the sinking.

Perhaps as an industry the cruise lines still have a little way to go though as nearly one in five cruisers (16.28% to be exact) felt that safety procedures were still confusing with room for improvement.

Although perhaps most worrying statistic to come from the survey was the fact that 7% of cruisers were happy to admit that they either never attend or never pay attention during muster drills! (Who are these people and are they just really, really brave or just incredibly jaded?) Unsurprisingly given recent events involving Air Asia and Malaysian Airlines over 70% of people polled were happy to say that they felt cruising was by far the safest mode of transport. That’s an interesting statistic as a lot of cruise holidays do still involve flights to or from a destination but perhaps it does explain the rise in popularity in cruises leaving the UK from ports such as Southampton, Dover, Harwich or more recently Liverpool.

Seamus Conlon, the MD of www.CRUISE.co.uk said:
“The sinking of the Costa Concordia was undoubtedly one of the most tragic and avoidable incidents in the cruise industry over the past decade, and it’s a hugely important day to commemorate. As our survey shows, despite this tragedy, British cruisers subsequently have greater confidence when travelling and this is due to the commendable safety standards that are rife within our industry. The Costa Concordia is an important reminder that safety is the primary concern for cruise liners, and we’re confident these standards will only continue to increase over the next decade.”

“The Cruise Lines International Association’s (CLIA) swift introduction of new policies was exactly what the industry needed following the event. Now, with advanced muster drills – which detail each passenger’s designated safety station and instruct on how to fit a lifejacket, not to mention other implementations including the harmonization of bridge procedures and an increase the supply of lifejackets, it’s not a coincidence that cruisers have far greater confidence in travelling on cruise liners than ever before

As already mentioned, in the months after the tragedy cruise lines got together and adopted ten standardised safety precautions that would be mandatory on all cruise ships. They are:

Muster drill: All passengers must attend a muster drill upon before departing a port. You can learn more here

Passenger nationality: The nationality of all passengers must be recorded upon check-in and made available as necessary to search and rescue workers

Extra life jackets: As part of the changes all ships must now carry more lifejackets than legally required. They will carry one life jacket for every berth on-board (potential space as opposed to occupied space) plus 5%.

Lifejacket locations: For any cruise ship built after July 1st 2013 extra lifejackets to the ones stored in cabins must now be stowed in close proximity to muster stations or lifeboat embarkation points.

Life boat training: All cruise ship crew must practise launching and loading people on to a life boat at least every six months.

Restricted Access to the Bridge: During restricted manoeuvring or when increased vigilance may be required such as entering or leaving a port, cruising through narrow or shallow waterways or in areas of dense maritime traffic, cruise lines have agreed to limit access to the bridge to essential personnel only.

Consistent bridge procedures: All bridge operating procedures must now be consistent not just between ships within the same cruise fleets but within commonly owned brands as well – For instance Royal Caribbean, Celebrity Cruises and Azamara Cruises.

Planned Routes: International law already dictates voyage plans are filed before a journey. The cruise lines adopted a more stringent wording which states that a plan be “drafted by a designated officer and approved by the master well in advance of the sailing”.

Safely stowing heavy objects: Either permanently or at least during severe weather all heavy objects such as pianos, gym equipment, gambling machines or washing machines must be secured. Cruise ships must also periodically review these objects to ensure they are still fastened securely.

Do you agree with the findings of our survey? Do you feel safer since the Costa Concordia sank three years ago and cruise lines implemented all the new safety procedures?

Have your say below…

The Definitive Guide To All Things Cruising 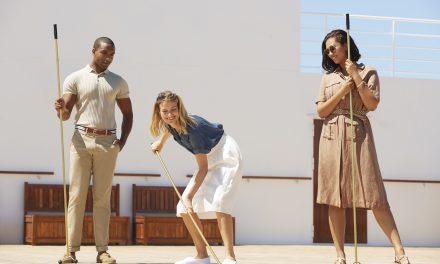 From Glamour To Gala, From Smart To Showtime: Cunard Dress Codes Explained 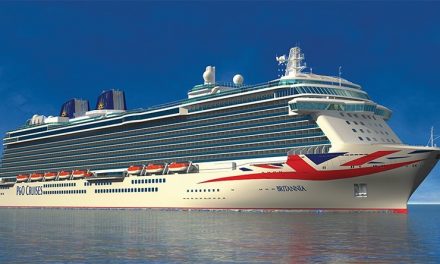 An Introduction to: The P&O Britannia