You may or may not have heard that Cunard Cruise Line are celebrating their 175th Anniversary this year (have you sent them a card yet?)

175 years since Sir Samuel Cunard  first sailed to America in the first  Britannia.

175 years since the face of cruising was changed forever.

175 years since the foundations were laid for one of the most enduring of  cruising legacies.

In honour of the occasion the www.CRUISE.co.uk team reached out to Cunard and asked them to open their archives so we could take you on a journey through the years…

Perhaps the biggest change in cruising has been with the ships themselves. What do you think cruisers back then would say if they saw some of today’s mega ships?

Also, as a side note, how amazing would it be to turn up for your cruise in horse drawn carriage?

Everyone knows that modern cruise ships are luxurious but wow! If you didn’t know better you wouldn’t even know you’re on a ship here would you? Thankfully today cruising is an a affordable holiday and anyone boarding can look forward to first class luxury but it’s still interesting to see how some people cruised ‘back in the day’. Perhaps what’s most interesting about these images is that whilst so much about cruising has changed, how much of it still remains the same.  If we added some colour to this picture of a lounge on the Lusitania it wouldn’t look out of place on any one of Cunard’s current fleet! Cunard have always been famous for their dress codes

Dress codes may have changed (or declined according to some) but we don’t think any of the people pictured here would look out of place on any one of Cunards current ships. Do you think deck games fallen out of favour in recent years? Most cruise ships (or at least the ones with real wooden decks) will still have shuffleboard and Cunard’s Queen Elizabeth also offers croquet, lawn tennis and bowls but do people ever play? Is the only difference between the people in these pictures and yourself the fashions or have deck games gone the way of the dodo?

Did You Know? QM2 Fun Facts… Breakfast in bed anyone? Room service is one thing but someone serving it to us in bed? It looks like it doesn’t matter what generation of cruising we look at; shuffleboard remains a firm favourite on sea days. Are modern ships missing out by not including it? Did You Know: From the 1920’s to the 1960’s Cunard hosted a popular balloon dance on every voyage! Waltzing through balloons – Did you ever attend one of these parties? Should they bring them back? So how does cruising in a bygone area strike you? Are you feeling nostalgic? Well the good news is you don’t need to be!

Having 175 years of tradition behind them means Cunard have been able to perfect everything that has always made a cruise such a special occasion.

Have we made you feel nostalgic? Do today’s mega ships have some lessons to learn from the past?

Win a cruise a year For LIFE With Carnival! 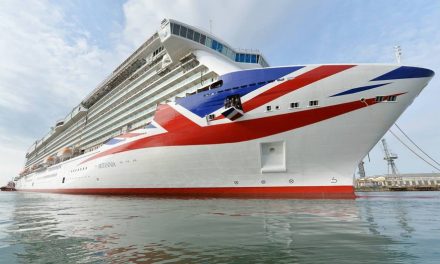 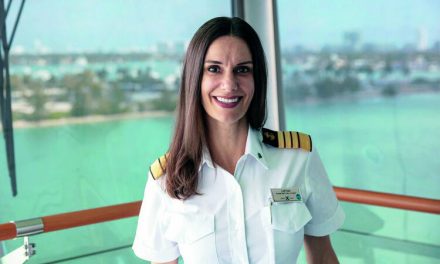