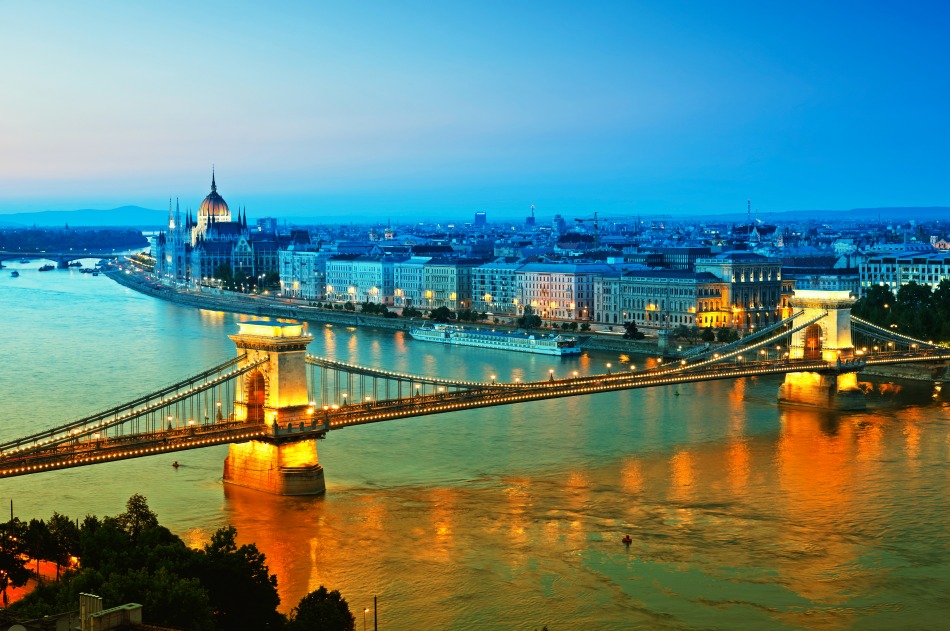 Nestled in the heart of the Danube river sits the incredible city of Budapest. A city that has risen from the ashes of war and has returned to thrive and become one of the most popular city breaks, and it’s no surprise with its romantic architecture, funky ruin bars and rich culture. Making the city highly sort after for tourists from all over the world.

Being only a small city you can actually see most of it in a couple of days, so it’s ideal for a short cruise and stay. But we have a feeling that after you’ve experienced Budapest for the weekend, you’ll find yourself wanting to return again and again.

But how do you actually spend a weekend in Budapest? Where’s the best places to eat, drink and have fun? Read on to find out more…

Menza is by far one of the best restaurants in the entire city, although it gets its name from the canteens of the socialist era, it’s a far cry from that. Inside you’ll find a sophisticated, modern interior, but with a relaxed atmosphere that provides the perfect dining experience. It’s popular among locals and tourists due to the various menu options offering something for all tastes, try a burger smothered with Hungarian smoked cheese or a succulent catfish stew. Budapest’s first ruin pub is a nightlife experience not to be missed. Located in a huge building, the labyrinth of rooms brings a new exciting surprise around each corner, including an open air cinema that hosts exhibitions and film festivals! The quirky, unusual décor has been stunning visitors for years, because who doesn’t want to sit in bathtubs or Trabant cars whilst having a cocktail? Overall, the drinks are cheap, the WI-Fi’s free and the company is the best you’ll find in the city.

Did you know? The Hungarian word for ruin pub is ‘rom kocsma’ which literally translates to ‘pub in a ruin!’ Have Coffee At Massolit Books & Café

Everyone loves a cup of coffee whilst reading a book, which is what makes Massolit Books and Café a winning combination. Head to the Jewish Quarter and find this little treasure selling new and used books, rich coffee made from direct trade beans and a selection of freshly baked pastries. In the warmer months there’s a garden with park benches, so you can sip your latte under the sunshine with your favourite book to keep you company. That sounds like heaven to us! If you’re planning on visiting one of Budapest’s baths, we strongly suggest Széchenyi Fürdő. The most famous of the baths houses boasts 18 in total, including indoor and outdoor pools. What makes them so amazing is that the pools are heated from natural springs, so you can go for a dip all year round, including public holidays! With a mesmerising grand palace coated in a shade of sunshine yellow and guests playing chess in the water, this place has to be seen to be believed. Walk From Buda To Pest

The chain bridge that connects the city puzzle pieces of Buda and Pest is a wonder to be seen. It’s considered to be one of the greatest buildings in the city with the magnificent stone lions standing guard protecting the architectural masterpiece. Many onlookers have even said that it resembles the Brooklyn Bridge in New York! If you’re wondering when to see it, we suggest at night when the lights are glowing and sparkling off the Danube river.

Did you know? There’s a rumour that the lions do not have tongues and when the sculptor who created them found out he became so upset that he jumped off the bridge into the river. However, the lions do have tongues, they’re just not easily visible! You’ve all played the online games, but how would you like to put your skills to the test with a real life room escape game? Despite the name, it’s not as terrifying or claustrophobic as the name suggests, it’s more exhilarating than anything! During the game you’ll work as a team to try and solve a series of puzzles in order to get the key to escape the room! Think you’ve got what it takes? See The Basilica Of St Stephen

A true gem of Budapest is the neoclassical cathedral, the Basilica of St Stephen. The building took over half a century to complete due to a dome collapsing during a storm making the cathedral unsalvageable, so it had to be torn down and built all over again! We’re glad they did though because if you go to the very top you’ll get the most amazing views of the whole of Budapest. It’s definitely a sight that’s not to be missed.

Did you know? Inside the cathedral there’s the actual mummified right hand of St Stephen, or so rumour has it! Tour The City’s Troubled Past

Step back in time to learn about the city’s past at the House of Terror, Budapest’s communist era museum. Previously the headquarters to the far right Nazi party in 1940, it now is an exhibition from when the country was under soviet control. Part of the exhibit takes visitors down to the basement to where the prisoners were kept, and you can even sit in one of those terrifying, gloomy cells. The museum serves as a reminder that their fight was not in vain, and pays tribute to the victims of one of the most unsettling events in history. Now you know how to spend a weekend in Budapest! What do you think? Will you be adding Budapest to your to-cruise list? Have you ever visited Budapest? We’d love to hear your thoughts! Let us know in the comments.

Ever Wondered What Would Happen If Venice Froze Over? 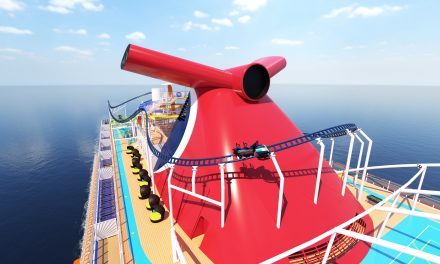