Viking Star: The Most Stylish Thing From Norway Since Marilyn Monroe

The Viking Star made an early morning arrival in Greenwich on Tuesday on it’s way to Bergen where it will then be christened and officially launched as the first ship in Viking’s ocean fleet, and quite possibly the most stylish thing from Norway since Marilyn Monroe! (Well, while Marilyn herself was not Norwegian, her father was, and so was Marilyn’s birthname; Norma Jeane Mortenson.)

The Star will be Vikings first foray into the ocean cruising market after spending so long dominating river cruises and expectations were high as to what she had to offer. At just 48,000 tonnes and with a passenger capacity of just 900  the ship had clearly been designed for the luxury, small ship market, able to get into ports that bigger ships just can’t, competing with the likes of Azamara, Oceania or Seabourn.

But what did the ship look like inside? The interiors had been a closely guarded secret… till now! The www.CRUISE.co.uk team were exclusively invited on-board for a look around. Here’s what we found… We thought that it was very obvious that the ship had been designed in Norway. Almost all the furniture felt like it had a minimalist Scandinavian feel. This wasn’t a bad thing necessarily, as the straight lines and stark colours made it feel quite futuristic! But then again perhaps not…

The above is the Kitchen Table, a speciality restaurant with a cover charge of $199.

It’s actually a pretty interesting concept. Not only will you be served by the chefs and watch your meal being prepared…. You’ll actually help cook it as well. It might seem a bit cheeky to charge you $199 to cook your own meal but it’s the experience you’re paying for and the skills you’ll learn from Vikings trained chefs.

The decor though is still very white, with shades of cream, ivory, alabaster… and more white!

Whilst there’s nothing inherently wrong with that style what we weren’t a fan of was that almost all the bars, restaurants and public areas were decorated in a very similar fashion.

Below is the Italian restaurant on-board. On any other ship we’re sure it would look amazing – our issue is on the Viking Star it looks exactly like everything else – there’s nothing ‘Italian’ about it. See what we mean…. and again, most of the furniture was fairly square and angular… But traditional cruisers don’t panic – there are a few round tables dotted around!

Although a feature that we did love was that all the windows in the main dining room were retractable, meaning you’d be able to have all the fresh air you wanted whilst eating dinner – we’ve only ever seen that on river cruise ships before and we loved the idea! Did You Know: Unlike almost all other cruise line Viking will be happy for you to bring your own alcohol on-board to consume in the bars and restaurants (although drink packages will be available for those that don’t want to).

The outdoor areas were absolutely stunning; some of the nicest we’ve seen. Whilst it was still a very angular design, it seems to work here! The angular lines on the ship flow to make the glass ceiling appear even more impressive! However, even the hot tubs are square which we found slightly strange… The World Cafe: The Buffet restaurant on the Viking Star (again with retractable windows)… One of the big highlights for us was the infinity pool at the back of the ship – An infinity pool on a cruise ship is a big first and looked amazing (although we’ll admit the Med. or Caribbean would have made a much better backdrop than the Thames) but the Captain refused to take us “just to take a photo” as he put it – oh well, we tried!

As well as gym equipment for you to work out on in the sun!

It’s a rare luxury ship that offers any entertainment at all on the top deck so this was a big plus for us.

Possibly the most interesting feature of the ship (and the one we’re most looking forward to trying was the spa.)

Picture it…. You’re lounging in a hot tub, then you leap out, hop into a shower, dunk yourself with a cold bucket of water, then jump back in the hot tub… However, for the truly hardcore amongst you….

You’ll be able to jump out of the hot tub, leap into the snow room (yes – it really snows from the ceiling in there!!!), cool down, then leap back into the hot tub.

We can’t tell you how excited we are about this!!! (The www.CRUISE.co.uk team are a little geeky at heart when it comes to cruise ships and we love anything new)

Summarising we were a big fan of the Viking Star. There’s a lot of features  that we think people will love; Viking have clearly learnt a lot from their river cruises and have decided to transport those lessons to their ocean going ship. Our biggest complaint is the style, decor and furniture on-board but that may well be down to personal preference (in fact it probably is!)

Did you like the Nordic style of the ship? Will you be booking a cruise on her? 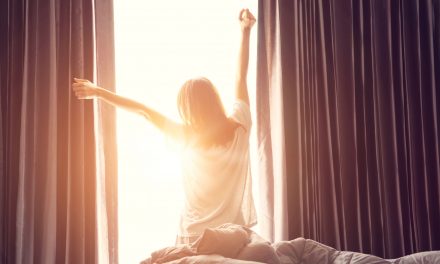 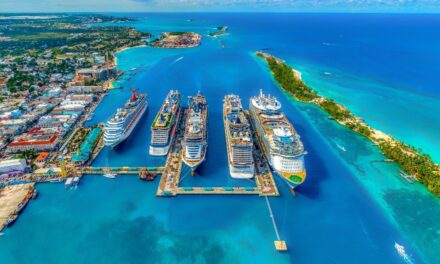 Don’t Go Overboard! Why You Should Stay on the Ship in Port 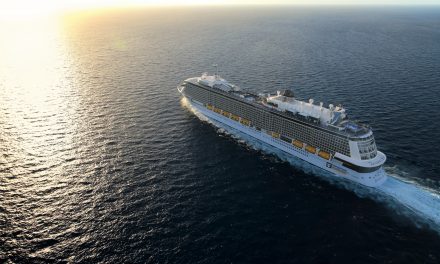 Which Ship Will Join Anthem Of The Seas In Southampton In 2020? The Debate…

Consultant in the Spotlight: Say Hello To Dani Turner-Jenkins