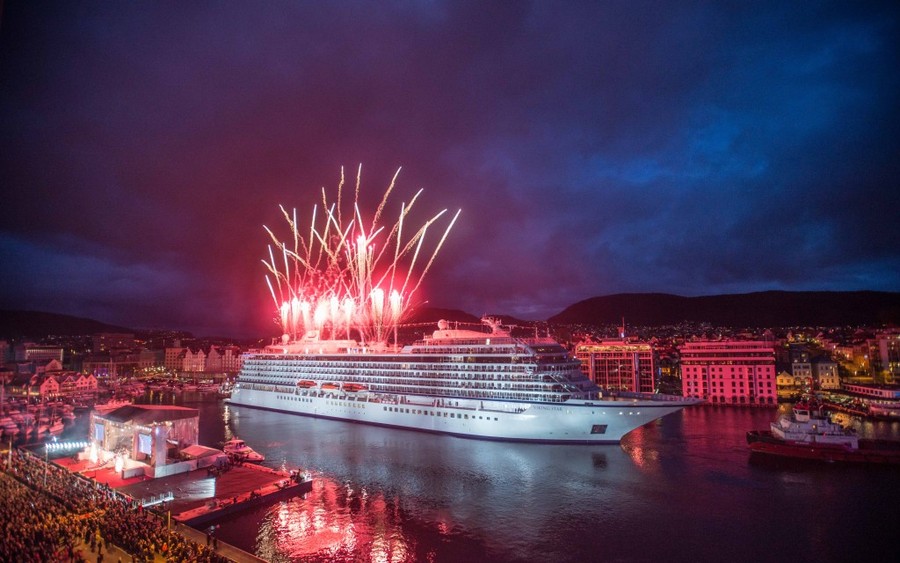 She was named the Viking Star by the Bergen mayor Trude Drevland on May 17th.

The ceremony was watched by thousands and included performances from Norwegian performers including violinist Charlie Siem and comedy duo Ylvis. The event also fell on Norway’s National Constitution Day, to pay tribute to the country that inspired the brand. The ship is registered in Norway and the captain of the Viking Star is also Norwegian!

The 47,800 ton ship is Vikings first ocean liner, with two others scheduled to be built by 2017. You can see what the www.CRUISE.co.uk team thought of her here!

She will initially be sailing in the Baltic and Mediterranean.

Viking’s founder and chairman Torstein Hagen said: “We believe the arrival of Viking Star signals a new era in destination-focused cruising, and I could not be more proud that she will call my favourite city in the world ‘home.'”

He added: “this is a ship that was built for exploration and designed with our Scandinavian heritage in mind, and our guests will experience it from the moment they step on board.” Viking Ocean Cruises is the first “new” Ocean cruise line in almost a decade, whilst their river cruises continue to go strong, with a group of 60 river ships that is still growing.

Would you like to sail on the Viking Star? Let us know in the comments below! 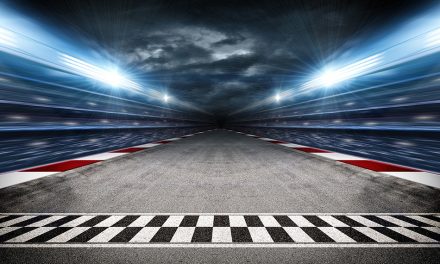 NCL Makes History With First Ever Ferrari Racetrack At Sea 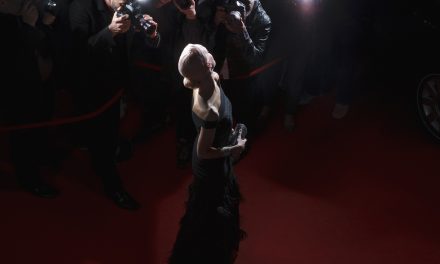