A video has emerged showing the catastrophic damage inflicted on coral reef by a cruise line.

A diving instructor made an underwater video as he swam up to the site where an anchor had been dropped.

The Pullmantur Zenith was the cruise ship in question that was docked and causing havoc on the reefs of Grand Cayman Islands.

Scott Prodahl (the diver) said that the damage was even worse than the video portrays. He explained: “In the video you only see a very small portion of that chain tumbling nut. In reality it’s the entire length of it tumbling and scouring across the reef”.

When asked about the damage, George Town’s Harbour have said that Pullmantur have broken no rules and were anchored in the appropriate zone.

Speaking about the injustice of this Mr Phrodahl said: “We are not allowed to fish here, not allowed to hunt lobsters, you can’t even pick up an empty shell, all in the name of conservation. But for some reason you can drop an anchor and wipe out a reef that took thousands of years to grow.”

The Cayman Department for the Environment will now carry out tests to assess just how much damage has been done.

It raises the question of whether the anchor zone should be permanently moved to prevent further incidents such as this.

In 2014 the Carnival Magic similarly damaged 16,000 square feet of reef nearby after anchoring outside of the designated zone. Carnival then pledged $100,000 to reef restoration efforts.

You can watch the video in question below.

What do you think of the damage the cruise ship anchor has inflicted? 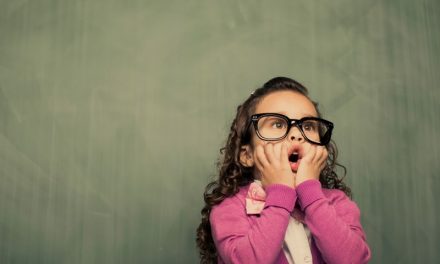 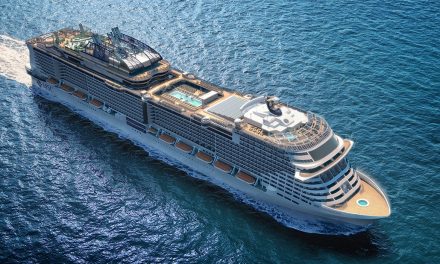 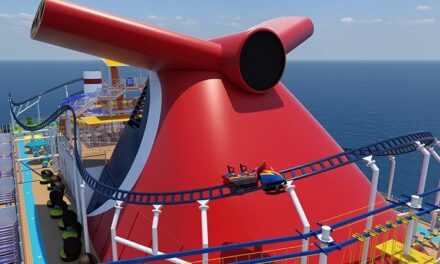 Scream If You Want To Go Faster! The First Ever Rollercoaster At Sea!