Top Ten of the Grossest Foods From Vietnam and Cambodia

You might be surprised how tasty some of what people consider to be muck can be!

Some of the things we automatically turn our noses up when abroad can actually be really tasty!

Although this article is called ‘gross foods’ some of the items can actually be quite tasty (some of them)!

All of them however are readily available to try if you do a cruise to Vietnam and Cambodia.

Below is www.Cruise.co.uk’s top list of foods in Vietnam and Cambodia you probably won’t be trying at home.

We’ve tried them all for you on a recent trip to the Mekong just  so that you don’t have to if you don’t want  – All though we do recommend you try some of them at least!

Yes – we really are that nice!

For those that haven’t tried this before it tastes a lot like lean beef and is actually quite good for you.

So why are we including it in a list of gross foods?

Well it’s not gross but it’s not something you’ll come across very often in the UK either.

Some people we met refused to even try it simply because it wasn’t beef, lamb, chicken or pork!

Please, if you do go to Vietnam or Cambodia, don’t go with this attitude as you will miss out!

Ostrich meat gets a big tick from us! 9. Crocodile meat. Crocodile meat is going to come under the same category as ostrich. It’s actually quite tasty but a lot of Brits/Westerners declared it gross without even trying it!

It’s another one that gets a big tick from us as it tasted a bit like chicken in texture but a little fishy in taste.

It was definitely different to anything we’d tried before but we’d certainly order it again! 8.  Frog.  – Some of you will have tried frog before, some of you won’t have. If you have we’re betting you tried it in a French restaurant, maybe covered in a thick French sauce?

If you see them on the menu whilst you’re out in the Far East though they’re definitely worth ordering!

They tend to be served whole after being charred over a barbeque and are delicious!

If you’re wondering they taste like they’re like a giant chicken wing – you just have to get over the fact you’re eating an amphibian. 7. Scorpion – Ok, we really are getting into the realms of gross now and we understand if you don’t order this when you see it on the menu.

We’d still recommend you try though!

Deep fried in the shell it’s very obvious what you’re eating and you’re expected to just bite into it. It’s not like lobster; you eat it ‘shell ‘n all’.

It doesn’t really have a strong taste, it’s just crunchy.

If we had to compare it to anything it was kind of like a giant pork scratching, minus the salt.

Another yes from us! 6. Snake – We were really worried this post would be a food stuff short for you. Early on we’d managed to try rice wine with fermented snake (quite nice) but we couldn’t find anywhere that was serving snake.

Then on the very last night, hours before we were due at the airport to return home we found a street vendor selling snake lollipops.

Well, we call them lollipops.

They were chargrilled snakes on a stick but calling them a lollipop made them seem slightly more attractive to eat.

Perhaps pheasant would be a better description???

This one we’ll leave up to you to try, we’re still not sure 5. Cricket – Crickets we were a little happier with. They didn’t have a lot of flavour, just a lot of crunch with a nutty hint.

Try them if you want, they make for an interesting picture back home but for our money you’re better off with a bag of peanuts. We don’t like cricket.

4. Fire ants – These are a difficult one.

We tried a big bowl of fire ants in Pnom Penh but they were all mixed up in a stir fry.

It was a little unnerving scooping up noodles only to find yourself looking at some ants but the most we can say is they made the stir fry crunchier.

Another one we’ll have to leave to you to try, we’re still not sure. We’re not sure there’s any way to make this sound appetising and after trying one for you we’re not sure we want to.

Did you know rats secrete an oil that’s gives them their ‘ratty’ smell?

Skinning them and cooking them reduces this smell but it doesn’t go away completely and we all know it’s not a nice smell.

That smell we just mentioned?

It’s a taste as well!

Try as hard as you can to ignore it, call it as ‘gamey’ or ‘chickeny’ as you want. You’ll always know you’re eating rat. Durian is a fruit that’s extremely popular in South East Asia but for the life of us we’ve no idea why.

Let us put it like this. It’s banned from a lot of hotels and public transport due to the smell.

The smell actually made us gag!

We really wanted to research this for you, honestly but durian is a big no from us, then, now and always!

(we really can’t even begin to describe how much…) 1.Tarantula – Which brings us to number one on the list – the grossest food we ate in Cambodia and really what else could it be!

In all its creepy, eight legged glory.

It’s served whole and deep fried again (much like the scorpion) but for some reason it was much harder to eat.

They’re cooked in a lot more spices than the scorpion (no doubt to trick people’s minds into convincing themselves they’re not eating the stuff of eight legged nightmares) and these spices didn’t help but mostly it’s just the thought of what you’re eating!

Sorry folks but not for us! So in summary as long as you don’t serve us rat or spider with a side order of Durian we’ll be happy.

What are the grossest foods you’ve ever eaten? Let us know!

A Video Guide to Celebrity Cruises

China First-hand: What It’s Really Like To Cruise Down The Yangtze 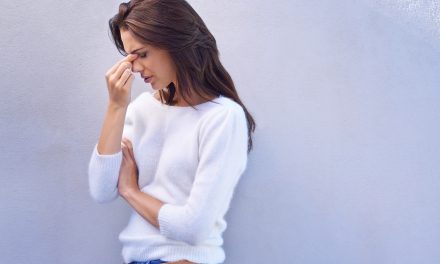 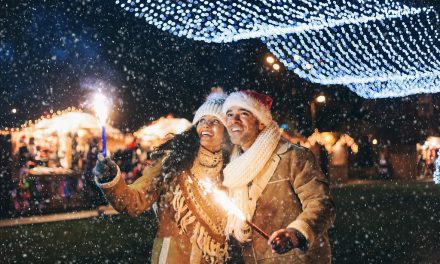 Rockin’ Around The Christmas Markets In Germany And Beyond! It’s A Winter Wonderland