Top Ten Things You Just HAVE To Do In Japan 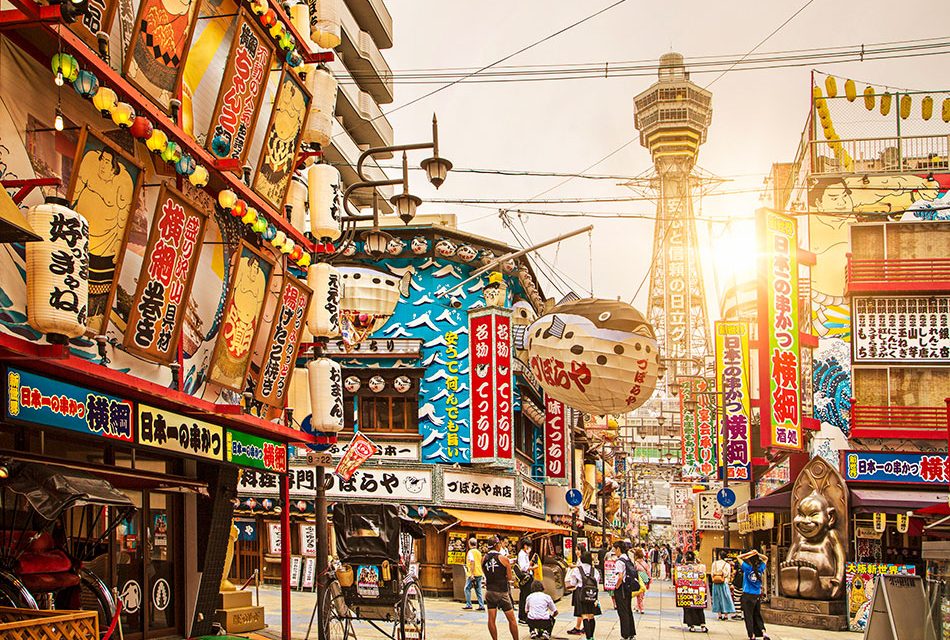 Japan, a place that has never given up on its ancient traditions whilst insisting on fusing its culture with modern life. The image of futuristic neon, unmissable skyscrapers and a crowd of corporate suits is one that doesn’t come as a surprise when thinking of the country, but you’ll never be short of an opportunity to connect with their traditional culture.

From sleeping on futons and tatami mats, to learning how to whisk bitter matcha (powdered green tea) in a froth, from joining in on the splendour of a Kyoto geisha dance to chanting with Monks, welcome to Japan’s past that they are adamant on keeping in their present.

Without further ado, here are the top ten things you absolutely have to do when you visit…

Japan is home to the fastest train in the world, Maglev, and continually beats its own record. Its fastest speed stands at 320 km/h and is known for its punctuality (most trains depart on time to the second), comfort (relatively silent cars with spacious, always forward-facing seats), safety (no fatal accidents in its entire history) and efficiency.

Whilst this is the quickest way to travel around in the world, there is a prototype that has beaten the record; its top speed stands at 374 mph, and to get a better idea of how fast this train really is, just know that it can cover one mile in just ten seconds and would only take 40 minutes to complete a five-hour car journey!

The bullet train carries over 900 passengers per trip and levitates four inches above the tracks using electromagnets to create a frictionless ride. This is the type of journey you need to cross off your list!

At 3776 metres, Mount Fuji is Japan’s highest mountain and its famed, perfectly shaped volcano is worshipped as something sacred (at no surprise). The incredible view can be enjoyed from various places, starting with the Fuji Five Lake; here you’ll stand at the northern foot of the mountain for some natural surroundings without having to face climbing it!

The Japanese proverb ‘He who climbs Mt Fuji once is a wise man, he who climbs it twice is a fool’ proves to us that whether you are climbing it or not, this is something that must be ticked off your list if you are in Japan, and not one to ‘save till next time’.

The iconic image of Mount Fuji doesn’t come from nowhere, but back in the day (the 8th century to be precise) the volcano was still prone to spewing smoke, and in 2013 it was granted World Heritage status! It’s one to look out for on the bullet train aswell, if you’re feeling like really acting like a tourist…

Each Spring, the nation turns a shade of pink but not quite in the same way as Japan. Another iconic image for the country is the pastel pink world of cherry blossoms, cueing one of many’s favourite pasttime: hanami. This translates as ‘looking at flowers’ but trust us, it’s a lot more than that…

The cherry blossoms are actually a floral embodiment of Japan’s most deep-rooted cultural and philosophical beliefs, including appreciating the beauty of the fleeting nature of life (reflected in the flowers’ famously short-lived existence). So think about appreciating the little things and new beginnings as you stare into these pretty pink petals.

If you really want to maximise your chances of witnessing the pretty view, head to Shinjuku where you’ll find a serene park filled with 1,500 cherry trees, or if you prefer the neighbourhood feel visit a little spot called Nakameguro where you’ll see a cherry-tree-lined canal for a perfect evening stroll.

Although the first things that might come to your head when thinking of Japan’s famous sights might include buildings and all things you can rely on not moving around when you want to capture that perfect tourist snap, one thing that is a must if you travel to this country is the snow monkeys. It is an iconic and unmissable image.

Otherwise known as Japanese Macaque, they are the unofficial symbol of Japan and loved by tourists and locals alike. You can visit them at Jigokudani Monkey Park where you’ll be able to see them up close in a natural environment, plus there won’t be any fences separating you and the monkeys though so that they can come and go freely.

If the weather is right, you might even see them bathing in the water (in the extreme cold of the winter seasons they will do this most of the time but are reluctant to as soon as the weather is warm!)

Yes, you heard us right, you can officially bathe in wine. The Yunessun Spa Resort offers you some really exotic bathing options ranging from red wine to green tea, from coffee to a pepper-water filled Ramen noodle spa!

And it gets better, it’s all set at the foot of some lush green mountains with everything you’d expect from a normal refreshing spa, only with these excellently themed baths. If you don’t fancy bathing in your favourite drink, you can opt for the Roman-styled Ancient Roman bath or the massive God’s Agean Sea.

Japan is a holiday resort for bunnies aswell as us if you didn’t already know. Okunoshima is the official haven for friendly rabbits; they’ll roam the forests and paths, chase tourists and lounge around for you to enjoy the adorable sight of!

Back in 1945, over 6,000 tonnes of poison gas was produced on this island because of its discreet location and distance from the population and unfortunately a colony of rabbits were brought here to test the effects of the poison. It is said that some of the bunnies there now are relatives of the test bunnies that were freed by some workers!

You’ll find that it’s only a short ferry ride from the mainland and counts as a popular tourist resort with a small golf course, camping grounds and beautiful beaches. We must warn you though, the locals will literally lie on the ground and let the rabbits climb all over them and this is the norm…

If you’ve never been to a robot restaurant then start in Japan! Head to Tokyo’s Kabukicho red light district to witness shows of flashing lights, taiko drums and techno music. Once you see this you know you’re in the presence of what is known as robot cabaret…

It will come in the form of neon tanks battling alongside Godzilla, robots samurais and ninjas, dancing girls in colourful outfits with dinosaurs and pandas on stage. The array of sci-fi cabaret madness is the ultimate welcome to what the locals in Tokyo would call the norm!

This unique blend of imagination, colour and a reported five million lightbulbs, is one you cannot afford to miss when you come to Japan…

The image of sumo wrestlers is surely one you link to Japan, and so you should as it is the country’s national sport! The rules are simple: the wrestler who first exits the ring or touches the ground with any part of his body besides the soles of his feet loses.

There’s more than one way to experience sumo wrestling however, starting with the Sumo Museum where you’ll find rotating exhibitions of it past. Why not go to a chanko nabe restaurant which serves the staple food of sumo wrestlers (a hot pot dish with seafood, vegetables and meat) and did you know that most of them are actually managed by retired wrestlers?

You can really get a feel of the culture if you attend a sumo tournament as some seating consists of a cushion on the floor or Japanese-style floor box seats. Maybe try and avoid the ringside seats right in front of the sumo ring where the wrestlers fall into!

The samurai are said to represent the soul of Japan and the detailed workmanship of the country (to lay eyes upon the Japanese katana is allegedly to feel the spirit of the way of the warrior), so this is another must to tick off your list.

Whether it sounds like a form of Japanese art or not, samurai sword making is something taking very seriously and if you’re in Tokyo you should take your chance to witness this with your own eyes. Visit one of Japan’s few remaining sword smiths, and it’ll stand you in good stead to know that samurai swords have been made by hand in Japan since the 10th century.

Believe it or not, you can take part in this process yourself; it goes by the name of katana. It’s not in every country that you’ll be walked through sword making and everything that goes into it so take your chance to be in the presence of the swordsmiths engaging in their craft (the sword smith uses their expertise to weld the sword together, skillfully adds a curve to it and polishes the blade for three weeks!)

We all know Tokyo is a capital definitely on a consistent move with high tech gadgets,the latest innovative trends and all things 21st century, but how about incorporating Super Mario with a tourist tour of the city?

It’s exactly as it sounds: dress up as the gaming icons, jump in a kart and join the traffic of Tokyo to take your own personal tour of the surrounding area. Book privately or join a group to hit the bright lights with the most unique way to see Japan…

Those were the top ten things you simply HAVE to do in Japan! What is first on your list? Is it (watching) sumo wrestling or are the cherry blossoms a priority for your holiday photos? Have you been to Japan before? Leave us your thoughts and comments! 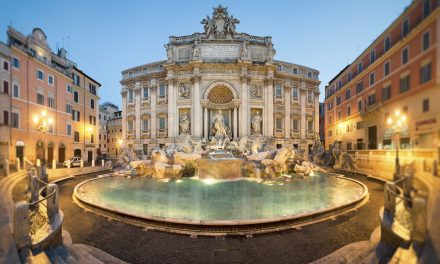 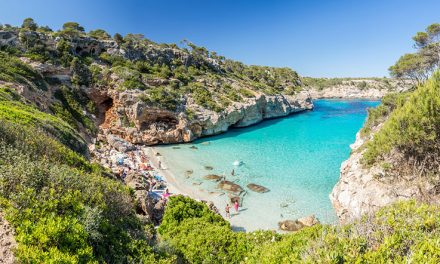