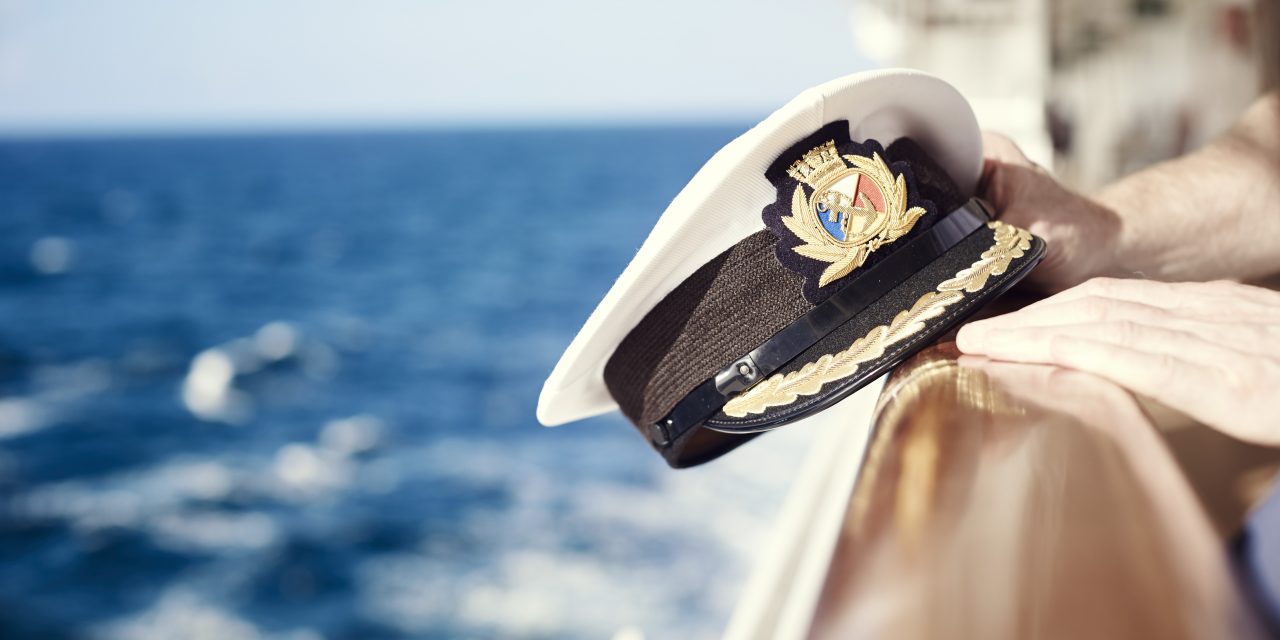 It’s inevitable; your fellow cruising friends have showed off their fabulous holiday photos to you, and all of a sudden you’re deciding between an outside cabin and a balcony.

It’s about time you got in on the cruising action, but it’s hard to know where to start when it comes to finding the perfect holiday. And let’s face it, if you’re a serial cruiser it can be equally as hard knowing who to travel with next!

You want a no-fuss, smooth booking experience (and embarkation), you want fair gratuities, you want that dreamy combination of comfort and luxury away from home. Look no further; P&O Cruises is the way to go…

A Taste Of Cruises To Come

You know the cruising clichés about claustrophobic cabins and exclusively elderly clienteles aren’t true, but just knowing that once the anchor lifts there’s no going back means that a niggling nervous newbie voice in your head may pop up and ask ‘is cruising definitely for me?’

If this is the case, P&O Cruises offer many short cruises from Southampton to destinations that include Guernsey, Amsterdam, Bruges and Hamburg are a great way to dip your toe into the water– you can choose between two, four or seven night itineraries for a great introduction to cruising and all it has to offer. Just be warned, it won’t take long to feel right at home on the open seas and you will realise a mini cruise was the ultimate teaser to book a week or two on one of their ocean liners…

Plus, a mini-cruise is the perfect way to test out which ship in the fleet is the one for you- although every vessel has a solid ‘P&O Cruises feel’, you’ll still notice intimate differences that prove the cruise line to be one that caters to every single person.

The atmosphere of cruise ships vary a lot and when evening comes, the dress code heavily affect this! Whereas Cunard is known for its formal glamour and Royal Caribbean is a favourite with people who are happier in casual dress and jeans, P&O Cruises differs.

P&O Cruises is the perfect choice for experiencing the best of both worlds with its mixture of glitzy gala evenings and more dressed-down nights. If you know that part of the fun for you will be hitting the shops to deck yourself out in formal finery then opt for Arcadia, Aurora or Oriana which have three dress codes: Evening Casual (smart denim is okay, but strictly no trainers or sportswear), Smart (jackets for men, and dresses or tailored trousers for ladies), and Black Tie (an excuse to bring out your absolute finest).

If glamming up to new levels is something you prefer keeping to a minimum, choose Azura, Britannia or Ventura.  These ships skip the smart code and typically have six Black Tie nights on a two-week cruise as opposed to ten on Arcadia, Aurora and Oriana. This chance to try both sides of modern cruising with P&O Cruises is a great way for you to decide what works best for you before trying something else; equally, if you’ve sailed with cruise lines that have too many formal nights for your liking, you now know which P&O Cruises ships to opt for a more relaxed cruise.

A Home From Home

From the excitement of embarkation to seeing your carefully selected cabin for the very first time; from sitting down to a delicious five-course dinner to exploring places that have been on your list for what feels like forever, every minute of your cruise will be full of the unique.

But sometimes you don’t want to feel too far away from home so to avoid feeling overwhelmed, P&O Cruises use their modern British ethos to provide a comforting anchor… With the biggest choice of Southampton departures in the business, the cruise line attracts a largely British clientele, giving you lots of opportunities to make new friends who may even live near you back on dry land!

And who can deny that the fantastic British touches like afternoon tea, onboard prices in sterling, screenings of UK sporting events, traditional deck games, and tea and coffee-making facilities mean that, while all the boring bits of being at home seem like a distant dream, new cruisers won’t feel too cast adrift from their familiar comforts.

Will I Get Seasick?

It’s worth noting that all P&O Cruises ships are over 850 ft long and more than 100 ft wide so even if it’s blowing a gale outside, the ship will stay stable.

Remember that this means onboard seasickness is rare so you’re very unlikely to feel green about the gills; you can focus instead on ultimate relaxation. In fact, unless you can actually see the ocean, you’ll often forget you’re at sea and if you are unlucky enough to feel a little unwell then the ship’s doctor will be right there for you.

If you’re a frequent cruiser, you’ll already be aware that the anti-seasickness injection is available from the ship’s doctor and that there are still lots of natural ways to avoid sea sickness… New cruisers often worry about what will happen if they’re in the middle of the ocean when an emergency occurs at home, and travelling on an ocean liner can mean that mobile phone signals are unreliable. However, with an excellent onboard mobile service that converts to land-based whenever the ship docks (and Wi-Fi available for your device or in the internet café), you can easily stay in touch.

And this way you can get on with the serious business of immersing yourself in the exciting new world of cruising, safe in the knowledge you’re not completely off the radar.

Unlike some of the more niche ships, when it comes to doing absolutely everything onboard, there will be a P&O Cruises ship to match your preferences (this refers to dining, drinking in bars, picking the best waterslide, spending your holiday money in the onboard shops and everything else you can think of!)

The Food Heroes concept however means that incredible dining comes as standard, with Michelin-starred chef Marco Pierre White, TV wine buff Olly Smith and patissier Eric Lanlard all onboard with P&O Cruises to sprinkle their culinary magic across the fleet’s huge choice of dining options. 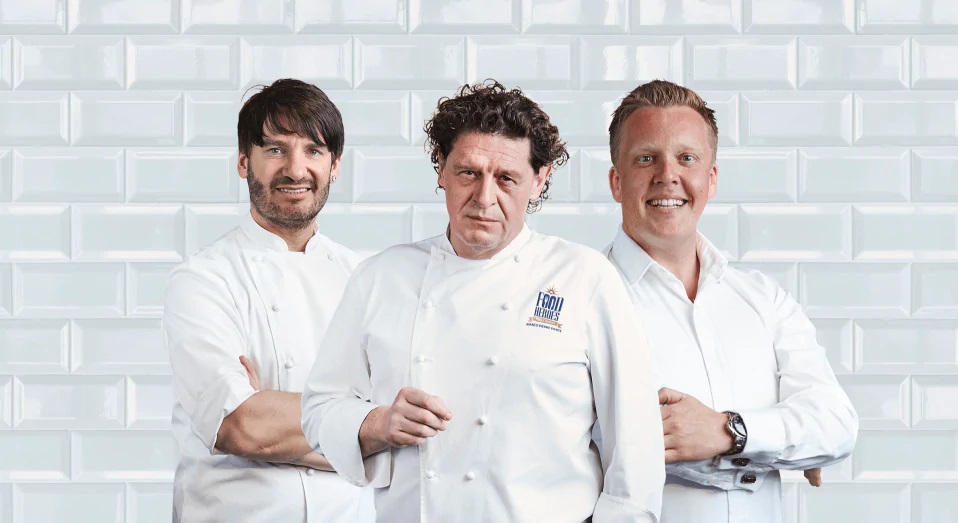 First time cruisers often feel nervous about the prospect of eating with strangers too but on P&O Cruises ships, with their friendly atmosphere and less chance of language or cultural barriers you’ll be making friends for life in no time.

However if you’d rather do your own thing, the Freedom Dining plan is a great option where you can decide when and where to eat at a moment’s notice. There really is something for everyone! Whether it’s Barbados, Barcelona, Bruges, the Baltics or our very own British Isles, P&O Cruises itineraries stretch as far or near as you want them to – and the great deals available mean that even the furthest corners of the earth are within financial reach!

Have you sailed with P&O Cruises before? Which ships did you pick? Which ships are still on your list? What’s your favourite thing about the line? Leave us your comments!

P&O Cruises In 14 Pictures: Wonders Of The Ocean & Onboard Treasures The cruise line’s instagrams are massively underrated right now; you can find everything from cruise news to the downright incredible moments…

An Intro To P&O: British Quirks & Comforts At Sea Whether you want a quick weekend away or a 106-night world cruise, you can wake up in a different port almost every day in over eighty countries around the world with P&O… 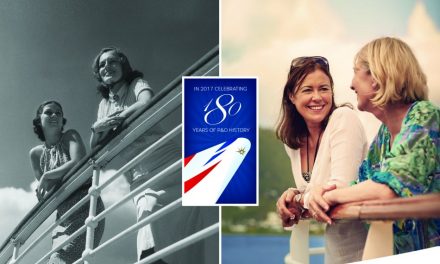 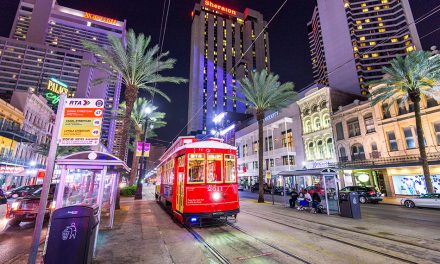 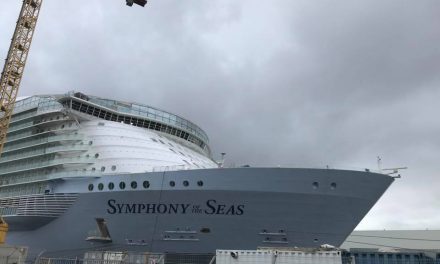