Chilled Out Caribbean Flavours And The Secrets of San Juan

You like the city of San Juan? We know a boat you can get on!

If you’re a West Side Story fan then you’ll be familiar with the capital city of Puerto Rico, that lovely island… And, in fact, we know plenty of boats you can get on – cruise ships to be more precise (we don’t call them boats at www.CRUISE.co.uk – it’s practically a swear word!), as many of the popular cruise lines have this vibrant stop on their Caribbean itineraries.

Mixing chilled-out Caribbean flavours with a Latin American kick, Puerto Rico can be an intoxicating destination.

If you’re excited about exploring its 16th century capital, read on for our San Juan city secrets.

Not Such A Rum Deal

Ok, so this might actually be a popular stop in the city for your average cruise customer, but it’s such a big deal that it just had to make the list. If you like a tipple or two at the pool bar then you won’t regret spending a happy hour at Casa Bacardi, the largest premium rum distillery in the world.

You’ll need to take a short ferry ride from the port – so it’s off one boat and onto another – but if you fancy free rum, a rum history lesson, a tour of the gorgeous grounds and free rum (did we mention that already?) then it’s worth holding onto your sea legs for half an hour longer.

Top Tip (or should that be Top Tipple?): If you’re still in a boozy mood and Bacardi rum is a favourite drink of yours, continue the theme with a stop at Barrachina at 104 Calle La Fortaleza, which is apparently the birthplace of pina colada. You might think it’s impossible to get to see actual rainforest on a short port stop, but this isn’t so in San Juan.

The El Yunque rainforest is about 45 minutes from the city centre, so easily accessible and whilst you’ll be surrounded by thousands of acres of lush greenery, you don’t have to worry about being lost in the wilderness and missing re-boarding – this rainforest has some great short trails and a handy visitor centre.

Have your ponchos at the ready though bikini and short-wearers, you should expect rain – after all, the clue is in the name!

Top Tip: For a taste of all things tropical without strapping on your hiking boots and disappearing through the trees, the El Portal Tropical Forest Centre is a fun place to spend an hour. Or use it as a starting point for your adventure into El Yunque – don’t forget to pick up a map to direct you to the three nearby waterfalls. There are more forts in San Juan than you’ll find on a whole street full of five year olds on a rainy day, but these aren’t made from blankets, chairs and boxes. The most famous two are the Castillo de San Cristobal and El Morro, which make up the San Juan National Historic Site, but we can’t help having a soft spot for lesser visited Fort San Geronimo – Geronimo!!

This old fort is in a really pretty spot, jutting out into the Condado Lagoon and one of its coolest features are its canons – there’s a facebook photo opportunity if ever we saw one!

Top Tip: Look for the stone dog that sits on a rock formation beside the fort. Legend has it that his master drowned in a battle at sea and the faithful dog sat heartbroken on the rocks until he eventually turned to stone. Owwwwwwwuuuwwwwwww!

Puerto Rico is a hotbed of passionate artists and, as its capital, San Juan is the best place to appreciate the country’s affinity with colour, vibrancy and creative expression.

The Museo de Arte de Puerto Rico is a good ‘all rounder’ to introduce you to Puerto Rican art, displaying pieces from classics right through to contemporary times. If you fancy getting your culture fix a little bit off the beaten track however, the Biaggi &Faure Fine Art Gallery is an incredible wonderland of art, including sculpture too. And at this place, you can actually take a piece away with you (disclaimer: not to be attempted in other museums).

Top Tip: If you’re visiting the Museo de Arte, leave plenty of time to explore the gorgeous botanical gardens where you’ll find a variety of plants, sculptures and a pond full of friendly fish. The Dark Side Of La Princesa

Many a tourist has strolled down the pretty La Princesa promenade, admiring the views of San Juan Bay and the La Princesa fountain.

However, most will be unaware that this Princess has a dark secret and behind the regal façade of the Puerto Rico Tourism Company lies the remains of an old prison, complete with barred jail cells and the execution courtyard! Condado beach is a popular sandy spot in San Juan if you prefer soft sands to city streets but if you want the best of both worlds, why not leave the sunlounger behind for a bit and hire a bike from Condado Bikes?

Use it to zip along the coast, scouting out the best sunny spots or for a whistle-stop tour of the city before returning to your seafront residence – it’ll make those beachfront beers taste all the better if you work up a thirst first!

Chocolate lovers, look no further – we’ve got your day in San Juan sorted.

Pretty much everything gets the chocolate treatment here – from chocolate shrimps to chocolate martinis – but you can’t beat the classic hot chocolate to really hit the spot. With maybe a chocolate grilled cheese on the side. Yes, really! You’d be forgiven for thinking you’d stepped off the ferry in Balamory when you hit Fortaleza Street in San Juan.

This rainbow road has houses of all colours, from canary yellow to powder blue to lime green to turquoise and wandering up and down it is a San Juan must.

Be sure to stop in Ole Curiosidades if you’re in the market for an authentic Panama Hat and no, you didn’t just spot PC Plum and Miss Hoolie (maybe now’s the time to lay off the rum!).

Top Tip: South Fortaleza Street is well known for its amazing places to eat and drink and if you’re lucky enough to be in port during one of the famous SoFo food festivals, don’t miss it! Ok, so it’s maybe not up there with riding a jet ski as a typical holiday activity but a wander around San Juan Cemetery is well worth getting the heebie geebies for.

Occupying a perfect seaside spot (with a view that you can’t help but feel is wasted on the residents), this is a peaceful place to catch your breath between the San Flipe de Morro and San Cristobel forts.

Just beware of the grumpy caretaker who ups the spook-factor to Scooby Doo levels. Animal lovers – and those with a soft spot for moggies and kitties in particular – will want to walk the Paseo Del Morro recreation trail which is home to just one of San Juan’s colonies of stray cats. These cats are looked after by the local Save a Gato cat sanctuary, with volunteers providing food, water and medical assistance. It’s not a bad life for the cats who happily live on the rocks around the harbour, and they’re an important part of San Juan’s identity. Apparently the cats are descendants of those who arrived on ships with the original Spanish settlers, so most locals and tourists are happy to have them. If you’re into science and fancy doing something a little bit different with your port day, the Science Park is a quirky place to spend a few hours.

It’s something of an odd mix of science related museums and attractions, including a Aerospace Museum, Transport Museum, Archaeology Museum and, erm, Telephone Museum.

There can’t be many places in this world where you can see giant rockets, antique cars, fake marine animals, a real life jaguar (the animal, not the car), a fighter jet, elephants’ feet and a human skeleton, all together, so it’s worth a look just for the sheer weirdness of it all (and the photos)!

There’s plenty to get excited about in San Juan – it’s a brilliant, colourful mix of Latin American and Caribbean influences, with a laid back vibe all of its own. With brilliant beaches, dramatic forts, the rainforest on the doorstep and the rainbow-bright labyrinth that is Old San Juan to explore it’s unlikely that you’ll have a dull moment to fill. But, just in case, there’s always the telephone museum… 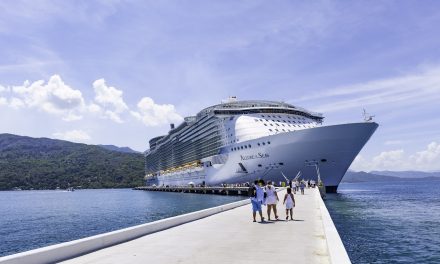 Quiz: How Much Food And Alcohol Does A 7-Night Cruise Really Go Through?

Consultant in the Spotlight: Say Hello To Marie Turner 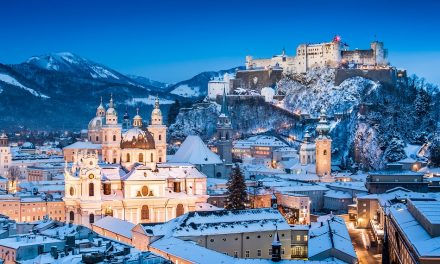 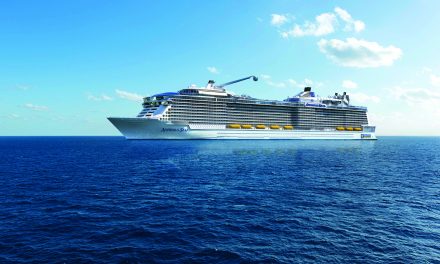 Your Friday Focus Ship Of The Week: It’s Anthem of the Seas!