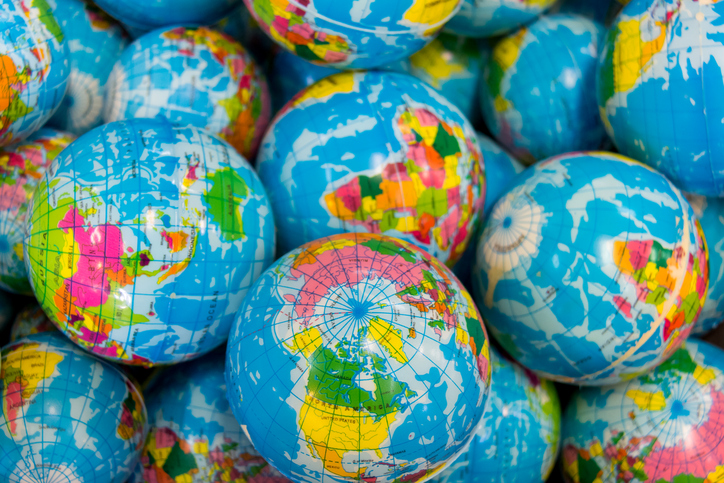 “If I won the lottery I’d book a world cruise”.

There’s something about a world cruise that’s enabled them to become embedded in the public consciousness. Even people who know nothing about cruising, who never have or never would consider a cruise holiday, have probably dreamed of it at one point…

There’s just something about it that’s incredibly aspirational. It’s the one thing nearly everyone fantasizes of doing at least once in their lifetime (assuming money was no object).

What is it that makes so many people dream of doing a full world cruise? The www.CRUISE.co.uk team just had to investigate…

Birds Fly South For The Winter… Why Not You?

The weather in Britain tends to be a bit cold, wet, soggy, damp, cold, wet, miserable and even more cold- and that’s just during the summer.

Why not escape the long dark winters by getting yourself on a cruise for three months; sailing off to exotic, picturesque destinations whilst being waited on hand and foot…

For a large chunk of the population, a fear of flying can be a very real and crippling barrier to seeing most of our planet and that’s a massive shame.

The world is full of exotic and beautiful destinations that everyone should be able to enjoy, so a cruise that both starts and finishes in Southampton is the ideal solution. None of these fly cruises…

You can drive to the port, see the world and then just head home three months later- all without ever having to see the inside of a dreaded aircraft.

You Only Get To Retire Once…

A world cruise is almost a rite of passage for many retirees; after forty years of work, what better way to celebrate than with a cruise around the world?

Upon reaching retirement age most people receive their pension with the option of taking some of it in a lump sum. Sure, you could spend the money on something sensible like paying off the mortgage or on something nice like a short holiday for all the family, but why not spend it on you? A whole life of work so surely you’re the one that earned it after all!

How Else Can you Unpack Once And See Thirty Plus Countries?

What other holiday can you get to your destination, unpack all your suitcases and see the entire world… without having to pack and unpack again!

Whatever else you want to say about it, a world cruise is convenient! There’ll Be Plenty Of Time For Relaxation!

A world cruise isn’t like a normal seven day cruise packed with up-to six different destinations. Yes you’ll see thirty plus countries and forty five plus ports but there’ll also be a lot of days at sea as you cruise from place to place. Wit three months to do it all in there’s no need to rush from destination to destination which means you get plenty of time to relax, unwind and do as little (or as much) as you want!

It Won’t Be As Expensive As You Think

Sure the up-front price may be a little off putting to some people but just stop and think about how much you’d be spending if you spent the winter at home.

Heating; light; food; entertainment; running the car…it all adds up you know!

There’s benefits to being on an all-inclusive cruise for three months every year and one of the big ones is that you might actually save yourself a bit of money. We bet you’d never considered that before, did you?

There’ll Be Lots Of Chances To Explore Ports At Night

We’ve already said there’s no rushing involved on a world cruise and that means the ship as well as you. There’s simply no need to get to each port as quickly as possible, sticking to a tight deadline.

This means that the cruise lines are more than happy to lay on overnight stays in a lot of ports, meaning you get to explore some of the most iconic and exotic ports on your itinerary by day and night which in turn means you get to experience them in an entirely different light.

Just Think Of All The Extra Perks

Booking a world cruise will shoot your loyalty membership up with any cruise line you book it with, meaning lots of extra goodies for you for all your future cruises.

You’ll be able to get anything from extra on-board credit (and you’d be amazed how much can be on offer!) or free car parking right through to priority embarkation or invitations to dine with the Captain!

Yes, we know it’s not nice to brag, but there’s just something about dropping the phrase – “oh yes, we’re just off on our world cruise, what what” casually into conversation  that’s just too good to pass up. No Cooking For Three Whole Months!

Just think about that for a second…

No cooking, no cleaning, no washing up, no drying up, no ironing, no chores at all…. Just three months of perfect bliss! And let’s face it, there really is no better reason than booking a world cruise is there? 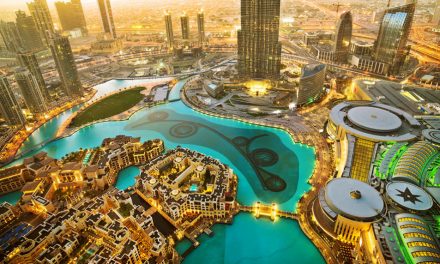 Six Reasons To Immerse Your Senses In The Heart Of Dubai

25 Facts To Get You Even More Excited For MSC Meraviglia