The Ultimate Guide To Smoking On Cruise Ships 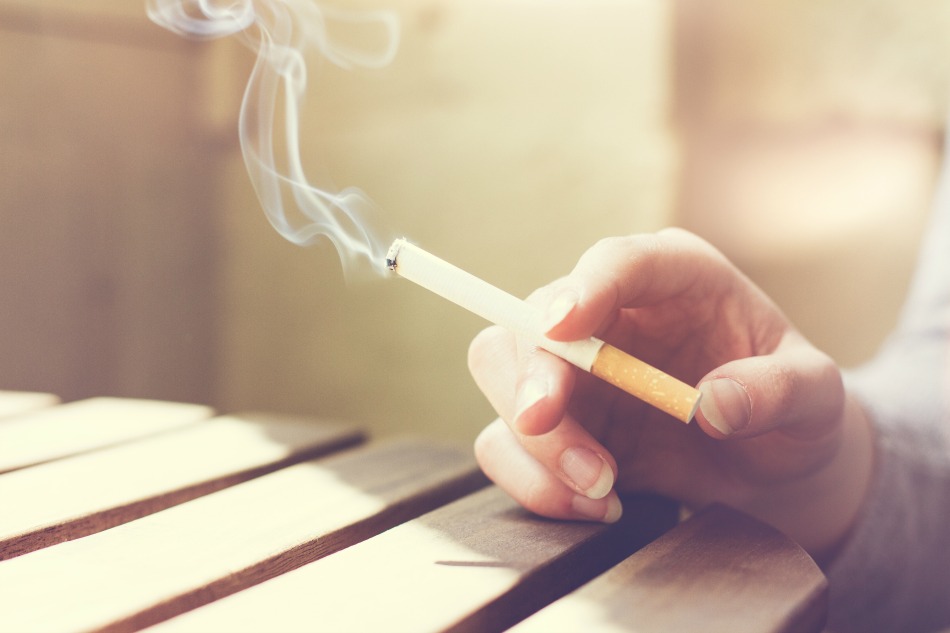 Smoking is somewhat of a controversial topic when it comes to cruising. Should you be allowed to smoke on your balcony? How many designated smoking areas should there be on cruise ships? Should lighting up a cigarette be allowed in public areas onboard?

www.CRUISE.co.uk are always intrigued to know where you stand on this, whether you’re a smoker or non-smoker, and every poll we run has resulted in some seriously shocking answers. Take a look here to see where your fellow cruisers stand!

Having said that, we thought it was about time we provided you with the information you’ll need before deciding who to cruise with so here is your definitive guide to smoking on cruise ships…

For safety reasons smoking is not permitted in any indoor area of our Amadeus ships. The line kindly ask smokers to have consideration for non-smokers; smoking is only permitted on the sun deck of the vessel. Smoking is not permitted anywhere inside any of the ships- smoking is only permitted on the Sun Deck. For the safety and comfort of all passengers on board, guests’ cooperation in observing the no-smoking policy is greatly appreciated.

For other passengers’ comfort, there is no smoking on coaches or river cruise ships, except in designated areas where available.

Smoking is not allowed on transportation that is exclusively provided by Avalon. On cruise ships, smoking is restricted to certain areas of the vessel. Smoking includes cigarettes, e-cigarettes, cigars, e-cigars, or any other smoking device.

Many hotels, restaurant and other venues are smoke-free or have non-smoking regulations in public spaces. Smoking may be restricted to certain areas or not allowed. You are responsible to abide by all third-party smoking policies.

Smoking is permitted on the starboard forward section of the pool deck. The rest of the ship is completely non-smoking, including all cabins and balconies; this policy includes electronic cigarettes. Cigarette smoking in public venues is only permitted in Carnival’s dance clubs as well as in designated areas within the casino and casino bar. Smoking (including cigars) is permitted in designated exterior open deck areas of all ships and nowhere else.

Unless listed above, all other areas are non-smoking.

Celebrity ships are designated as non-smoking, however they do recognize that some of their guests smoke. Therefore, Celebrity Cruises’ Smoking Policy permits cigarette, cigar and pipe smoking in designated outdoor areas of the ship.

Celebrity Cruises’ Smoking Policy includes smoking-like products such as electronic cigarettes. Also, smoking is not permitted inside any stateroom, nor on any stateroom veranda.

Smoking is permitted on two designated areas on the open decks. All cabins, restaurants, public rooms and show lounges are non-smoking.

There are a number of outdoor smoking facilities, including the Seahorse Pool area and Promenade Deck (left sides only).

Smoking is prohibited in cabins, suites and on verandas, as well as all indoor areas, with the exception of the Connoisseur Club and VIP Casino. Crystal Esprit is an entirely non-smoking yacht.

Smoking (including Electronic alternatives) is not permitted in staterooms, on stateroom balconies or in public rooms. You will find designated areas of the open deck on each ship where smoking is permitted, these will be clearly signposted on board and listed in the Daily Programme.

Electronic cigarettes are permitted in cabins and private balconies, and Churchill’s Cigar Lounge is no cigarette smoking. It is reserved for only cigar and pipe smokers all day.

Depending on the ships, the smoking rules irregulate. On board Disney Magic and Wonder smoking is permitted outdoors on the right side of decks 4 (6 p.m to 6 a.m), 9 and 10 (excluding the Mickey Pool area).

On Disney Dream and Disney Fantasy, it’s permitted on the port side of the Deck 4 Promenade (from 6 p.m. to 6 a.m.); on Deck 12 aft, left side, by the Meridian Lounge; and on Deck 13 forward, port side, by the Currents Bar.

Smoking is not permitted anywhere else. For people travelling with Emerald Waterways, smoking is only allowed in designated outdoor areas. When on coach tours there will be frequent stops to allow for smoking breaks.

Passengers are only able to smoke on cabin balconies (except for Deck 7 terrace balconies on Black Watch and Boudicca) and in specially designated areas on open-air decks, anywhere else is banned on all Fred. Olsen ships.

Smoking is only allowed on the outside aft deck and guests on Hebridean Cruises are encouraged to be sensitive to the needs of non-smokers. No smoking is allowed in the cabins but is allowed on balconies. When travelling with Hurtigruten, Designated smoking and non-smoking areas are available in most lounges.

For passengers on the MSC, there is one designated outside smoking area. The rules for smoking indoors are that you can only smoke in the cigar rooms, the casinos and one dedicated lounge. It is prohibited in dining rooms, theatres and cabin (including cabin balconies).

Smoking is only permitted on the right side of the deck as long as you are past the Horizons lounge. When on the outdoor Pool Deck, you may smoke on the front, right side of the ship. All other areas are smoke-free, including private balconies. Smoking designated areas are clearly marked and are available onboard which include a sufficient number of ashtrays. Generally, these areas include cigar lounges, a section of the nightclub and casino, as well as a portion of the open decks.

Smoking areas are quite specific onboard when travelling with the Regent. You are allowed to smoke in designated areas of the outdoor pool area fleetwide. Depending on the ship: the Connoisseur Club (not found on the Navigator) and the following areas: Horizon Lounge (designated area outside) on Seven Seas Voyager and Seven Seas Mariner, and Galileo’s on Seven Seas Navigator.

Smoking in cabins, suites and private balconies is not permitted.

Passengers must observe the non-smoking policy on board the ships, hotels and other transport provided. If smoke is detected in any accommodation, a cleaning fee of £165.00 per occurrence will be billed to the passenger’s account.

Smoking restrictions include e-cigarette smoking. If there is violation of the non-smoking policy, then passengers may be disembarked from the ship or asked to leave the hotel without refund.

Smoking is permitted in designed areas of the open decks, which for the majority of Royal Caribbean’s ships (apart from Oasis-class ships, which is on the left side) which will usually be on the starboard (right) side of the ship.

Electronic cigarettes may be used in all suites and, if not mentioned above, smoking is prohibited anywhere else. When aboard the Seadream, please respect the designated smoking areas on the outside decks (decks 3,4 and 6, expect during meal hours). The same policy applies for e-cigarettes.

You are only allowed to smoke on the designated outdoor smoking areas. When smoking on their cabin balconies, guests are asked to show consideration for other balcony users.

Smoking is permitted at designated tables outside the Panorama Lounge and Pool Bar, in the Connoisseur’s Corner and at designated outside areas on the open deck.

Cigar and pipe smoking are only permitted in the Connoisseur’s Corner and in specifically designated outside areas on open decks 9 and 10 aboard Silver Shadow, Silver Whisper and Silver Spirit, and open Deck 9 aboard Silver Cloud and Silver Wind. There are designated outdoor smoking areas, everywhere else is off-limits.

You are only allowed to smoke on the sun deck, where ash trays are available. All forms of smoking inside are strictly out of bounds, please respect our rules.

For passengers onboard Marella cruise, smoking is only permitted in strictly designated areas of the open deck. Electronic cigarettes may be used in the casino and in adjoining bar areas, and in the open-deck areas that are designated for smoking.

Anywhere else on the ship is not permitted. When a guest on the ship you are only allowed to smoke on the sun deck, all forms of smoking inside are strictly out of bounds.

Smoking of any kind is allowed on the open decks but only in designated areas. Any indoor venue is prohibited.

Much like many river cruises, there are designated areas on the Sun decks for smokers and similarly, like most river cruises, smoking indoors and on coaches is prohibited. Whilst on tours, guests are asked not to smoke while on excursions/tours. You know where to come whenever you need to know which cruise lines and ships have the same attitude towards smoking as you!

What is your stance on smoking onboard? Do you wish there were more relaxed areas for lighting up a cigarette or do you think there should be a limited choice for where smokers should go? Leave us your comments below!

Cunard Captain Tackles The Controversial And Speaks Out On Smoking We reveal Captain Nick’s answers; what he really thinks of Cunard, his own shocking stories and his controversial stance on smoking…

The Definitive Guide To Cruise Ship Dress Codes Dress codes is yet another controversial cruising topic: what do those pesky dress codes actually mean and how do the fit in to the cruise you choose? Find out here so… 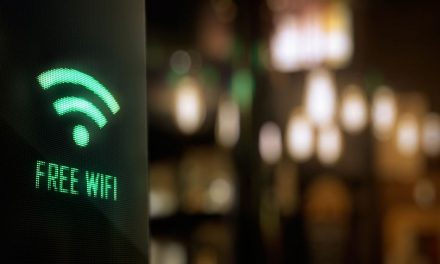 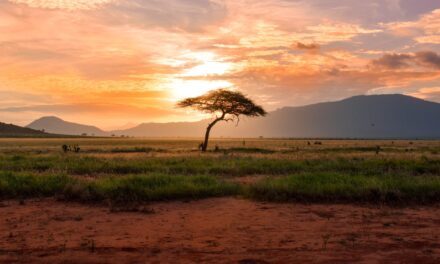 A Blagger’s Guide To Getting An Early Cruise Deal 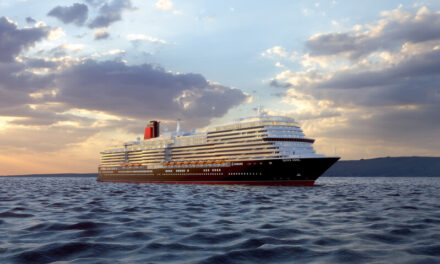 A Breath Of Fresh Air: An Introduction To Queen Anne’s Outdoor Spaces