Seven Of The Most Exciting Cruise Ships Launching in 2016 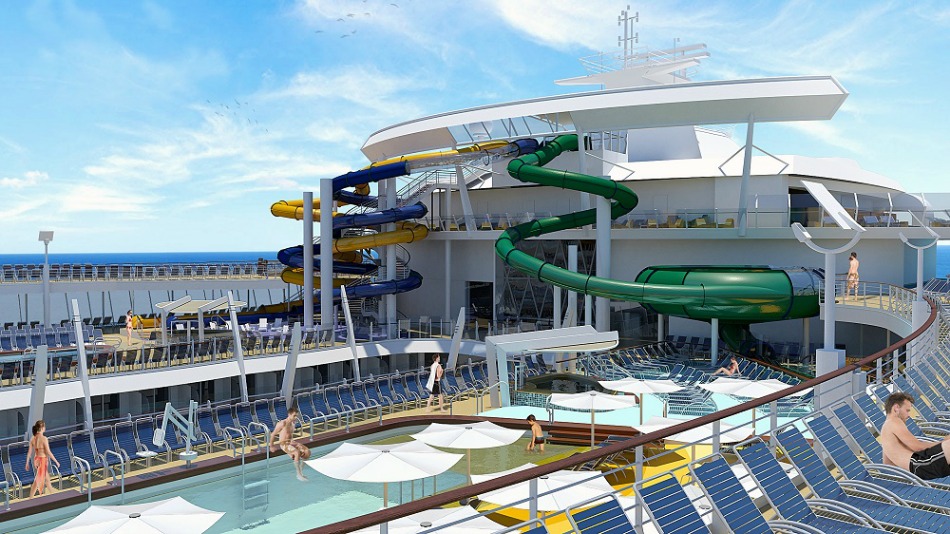 2016 is shaping up to be an exciting year for booking a new cruise with numerous new ships being launched throughout.

The first ship to be launched, in April of this year, will be Holland America’s newest offering, the MS Koningsdam.

Set to be launched in Amsterdam, Holland America have saved a lot of the details of the new ship for the launch but what we know so far is that she’ll weigh 99,500 GT and carry 2,650 passengers.

There’ll be live cookery demonstrations on-board in an area of the ship to be known as the Culinary Arts Centre where as well as demonstrations, guests will also be able to purchase practical classes run by celebrity chefs and the ships own experts. There’ll also be kids and teen cooking classes arranged through the kids clubs. The true ‘foodies’ amongst you will be able to dine there and the careful placement of large mirrors and an open kitchen plan will enable you to see your meal being prepared live!

As well as that the ship will come equipped with Holland Americas usual fitness centre, Tranquil Greenhouse Spa & Salon and a wide range of duty free shops.

Ovation of the Seas

Ovation of the Seas will be the third in Royal Caribbean’s new generation of smart ships (which started with Quantum and Anthem of the Seas) and will also be the first of two new ships launching for Royal Caribbean this year (more on the second soon though).

Launching on the 22nd April from Southampton, Ovation of the Seas will include everything you’d expect to find on a Quantum class smart ship including the Bionic Bartenders, the immersive robotic theatre 270, the North Star (a capsule capable of taking guests 300ft above the ocean), Ripcord by I-fly (simulated sky diving at sea) and Royal Caribbean’s now famous virtual balconies.

It’ll also include old favourites such as the flow rider, windjammer and rock climbing walls. Another new ship launching in April this year will be the Viking Sea, the second of the river giant’s ocean going vessels.

Although details are still thin on the ground as to what to expect we know she’ll be sister ship to the Viking Star, which we reviewed last year (you can read the review here).

What we do know is that she’ll have an updated theatre in which all the seats have been removed to be replaced with sofa seating, a cantilevered pool over the side of the ship, a movies under the stars experience by the main pool as well as a snow grotto in the spa… in true Norwegian style!

Carnival Cruise Lines latest ship, the Carnival Vista is set to be launched on May 01st from Trieste Italy from where she’ll depart around the Mediterranean, ending up in Barcelona.

As well as all the normal Carnival favourites like Guys Burger Bar and the Red Frog Rum Bar, the ship will feature a futuristic LED column in the main atrium as a central display piece, an exclusive skyride – which is a bike ride around a track on the top deck… except your suspended twenty or so feet above the deck! There’s also Kaleidoslide, a water slide that you can find in the waterpark that Carnival claim will be the closest you’ll ever come to being inside a real kaleidoscope. And finally the Vista will also feature the first ever IMAX at sea, which you can see along with lots more on the virtual tour below…

Harmony Of The Seas

Harmony of the Seas is the second of Royal Caribbean’s new ships to launch this year, again from Southampton. This one will be on the 29th May and will be an Oasis Class vessel… with a few modifications!

She’ll be the largest cruise ship in the world, surpassing both her older sister ships Oasis and Allure of the Seas by some 2,000 gross tonnes.

On-board you’ll find everything you’d expect from an Oasis class ship, with the dual flow rider, rock climbing walls, central park, board walk and Aqua Theatre as well as a lot of the innovations that were introduced on Quantum class like their super-fast Wi-Fi, smart check-in, virtual balconies and the bionic bar.

Musical lovers will be happy to hear that Royal Caribbean have an exclusive contract to perform Grease on-board – the first time it will have ever been performed at sea!

Finally, (well we say finally but there’s bound to be a whole host of surprises once Harmony launches!) there’s Splashway Bay, an on-board waterpark filled with slides, water cannons, waterfalls and more!

Oh and don’t forget Royal Caribbean just announced there’ll be a ten storey slide as well which you can see here. The next ship launch after Harmony of the Seas won’t be until July when Regents newest ship, the Explorer, will set sail.

Unlike previous launches of 2016 this will be a six star luxury ship so you’re unlikely to see the ‘bells and whistles’ that other ships might have.

Instead you’ll get what Regent are best at… sheer, unadulterated luxury!

Details released so far talk of a culinary arts kitchen with classes taught by expert chefs, a traditional cigar lounge, casino, a tiered theatre (specially constructed with absolutely no obstructed views at all) and regular Regent travellers will be glad to hear that Canyon Ranch Spa Club will be making a return. The last ship to launch of 2016 will be the Seabourn Encore and isn’t due till December (so fans of Seabourn have a bit of a wait we’re afraid!)

Seabourn Square brings the comfort of your living room to their main atriums and includes library, luxurious (and comfortable) seating, a computer centre and a European style Konditorei-style coffee bar.

So that’s 2016 in a nut shell! Which ship are you most excited about?

Which ship are you already booked on?

Are you lucky enough to be on any maiden voyages? 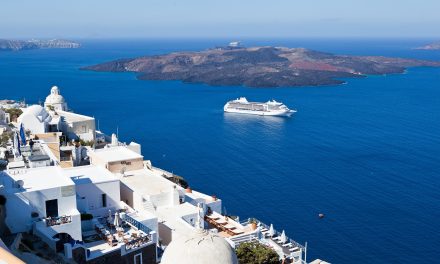 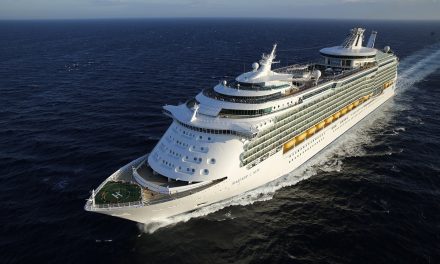 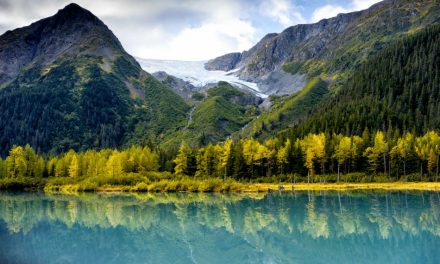