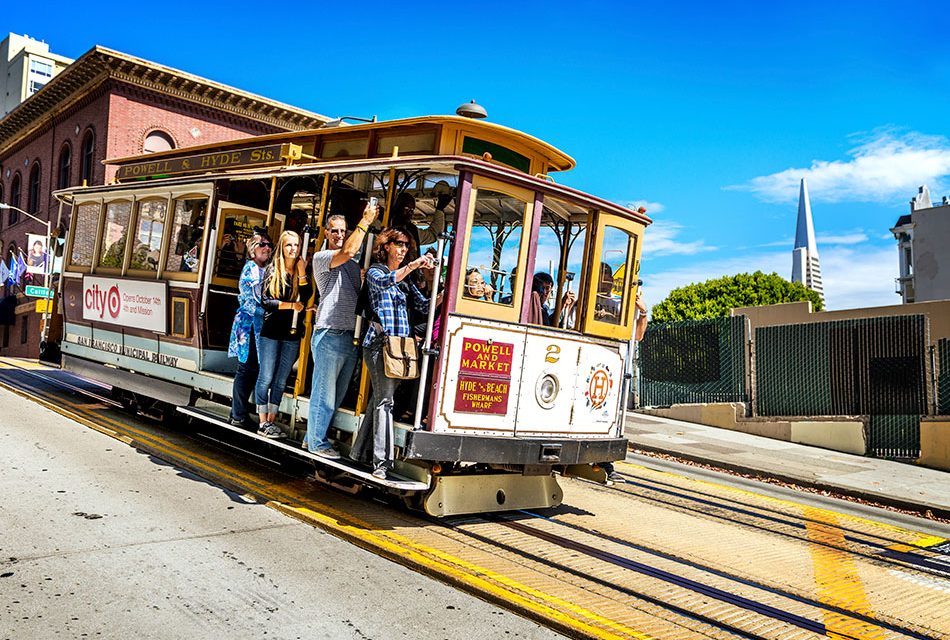 San Francisco is a city famed for its food, sea lions and bridges. Once a lawless town at the centre of a gold rush, it is now the second most densely populated city in America.

It is informally known as the food and wine capital of America and promises a modern, vibrant hub with old taverns, trendy cafes, abundant parks and a forest of high rise buildings.

But what should you do when you only have a day to spend here?

When most people think of San Francisco they think of the Golden Gate Bridge. Whilst we wouldn’t recommend you take the time to walk over it (read more about that here) you should definitely take a picture or two of it from nearby Marin Headlands.

However, when visiting the bridge you should also make time to have a look at the Golden Gate Park. The 5km stretch is home to Botanical Gardens, Japanese Tea Gardens, a children’s playground and plenty of spots to relax with a picnic. It’s worth a visit – especially if you’ve just climbed up a hill or two to get the best shot of the bridge!

San Francisco’s other famous landmark is of course, Alcatraz, the notorious maximum security prison. Known for its brutal conditions and frequent escape attempts by inhabitants, Alcatraz is one of San Francisco’s iconic tourist spots. Some people worry that visiting a city’s main attraction isn’t worth the crowds and money – but in this case you’d be foolish to miss it!

Top Tip: When visiting Alcatraz be aware that you should book your tickets before you go as the boat tours can sell out a few weeks in advance.

The beauty of visiting Alcatraz is that you visit by boat, keeping guest levels to a manageable level. It is a fascinating trip to learn about the prison and its famous inhabitants which include Al Capone. If you’re in port late enough – try the tour of Alcatraz at night! Did you know? If you’re visiting Alcatraz you’re in the perfect spot to get a great picture of the Golden Gate Bridge as your positioned just right to see both land masses that the bridge is attached to.

One of the most memorable things about San Francisco is the distinct neighbourhoods. Each has developed almost separately with fascinating areas of concentrated culture all adding up to a city full of different atmospheres and contradictions.

The great thing about these districts is they are areas you can easily walk around, so pick a district (or more than one) put your walking shoes on and get exploring!

Top Tip: There aren’t many taxis available to hail in San Francisco. Your best bet to get across the city is using the cable cars, buses or hopping on a water taxi.

Chinatown in San Francisco isn’t the mass market tourist trap that it is in some other cities. In fact, it’s actually the largest Chinatown outside of Asia as Chinese migrants have lived in the city since 1848.

Here you can find authentic Chinese food, clothes, wares and culture as you make your way through the iconic dragon gates. The atmosphere is welcoming and busy and there are always plenty of events going on here, such as dance festivals, film festivals and street parades.

Whilst you’re there, make sure you try some fried pork in the “House of Nanking” and play a game in one of the Mahjong parlours.

Did you know? Fortune cookies were invented by a Japanese inhabitant of San Francisco. You can also visit the Golden Gate Fortune Cookie Factory and taste some of the goods as you take a tour. Very nearby to Chinatown, North Beach (which isn’t actually a beach but a district of pier locally known as “little Italy”), is a must visit for fans of Italian food, those interested in the history of the Beat movement and those after a taste of the glitz and glam of Broadway. It has plenty of independent shops rather than big chains, and is a mini town with its own quirky personality. Cultural sites include Coit Tower stands at 210ft over the city and is an art deco tribute to the city’s firefighters. Visit it to find wonderful views of the city from the observation deck and to see the tower that has overlooked the city since 1933. Alternatively, visit the Beat museum and find out more about the city’s history with the poetry movement and the work of Allen Ginsberg. Even those of you who aren’t literary buffs will enjoy it! Food fans amongst you should know that the area is a fine place to try a traditional gelato or settle in one of the traditional Italian checked cloth restaurants dotted along the main streets. The area is known as THE place to have a great breakfast, and queues to Mama’s (where you can find mouth-watering pastries) can be there for hours in peak season! The trendiest area is Mission District which is actually one of the oldest areas in San Francisco. It’s now one of the best spots to grab Mexican food and where you can find the very best bars in the city.

It’s the area of San Francisco where the well off and trendy live, so expect to pay a little more for drinks around here, but what it costs it makes up for in lively atmosphere and energy. It’s a place where locals relax and tourists are educated about what it really means to be a San Franciscan. Make sure you make a trip to ABV for cocktails and a glass of bourbon, the San Franciscan way.

The district isn’t short of galleries, with spaces such as the Galeria De La Raza which shows murals and Latino art and Southern Exposure which exhibits a lot of new, visual art – the art even spills over onto the walls of buildings. Just take a look at a few of these amazing designs! They’re certainly worth a picture or two.

Did you know? There are over 300 coffee houses in San Francisco. Whichever district you’re in you won’t be short of a latte, and don’t fret – there will be tea too!

For a nostalgic afternoon visit Haight, which is where the Summer of Love began in ’67. This little Hippie corner is a place where tie die, alternative cafes and funky shops still reign.

Quaint shops line the streets and there are plenty of places to relax in. Just take a wander around an indie bookshop or grab a coffee and look out at the streets where the area is covered in pretty murals. Have a look at the street performers juggling, playing music and singing or visit the Alembic Bar for a few tasty cocktails. This part of town is also just next to one of the most iconic images of San Francisco – the old fashioned, painted, Victorian style houses. Sometimes referred to as Postcard Row, this area of houses popped up during the Gold Rush and have been kept as a tribute to the city’s past. It’s a great stop for a picture opportunity or a glass of homemade lemonade from Alamo Park! Top tip: Whilst you may assume that San Francisco is a fairly warm location, it can actually get very chilly. You will probably see lots of stalls selling jumpers on your trip – all designed to be sold to weather ignorant tourists!

Fisherman’s Wharf and Pier 39 is a huge hit with tourists and it’s not hard to see why. The honky tonk vibes and crowds add to the appeal of the area filled with shops, restaurants and… sea lions! Have a look below to find out exactly what we mean…

Visit one of the pier side restaurants offering crab and clam by the bucket, people watch along the pier or get on a cable car here to travel easily across the city. It’s also a spot to visit the penny arcade and buy some of the American favourite of salt water toffee. Top Tip: Stand out and look at the waterfront and on a clear day you’ll have a picture perfect view of the island of Alcatraz.

If you want something a little quieter – go west into the neighbouring Marina District and see the Palace of Fine Arts. You’ll be blown away by this feeling of a mini Rome with columned buildings and constantly changing art exhibitions. Did you know? Another San Franciscan staple are the food trucks. No – really! You can’t go very far without running into one selling the latest foodie crazes, curry, pizza and health foods.

With so much choice and variety in all of these districts- you won’t be bored!

However, for those of you that have visited San Francisco before, here’s what to do outside the city limits!

Just a short trip out of the city awaits the Napa Valley where you can visit the true Californian wine country. There are over 300 wineries here, many of which open their doors for tastings so you can truly appreciate the taste of the Californian grape. We’d recommend a trip to Chateau Montelena who have daily tastings which you don’t need to book too far in advance. Alternatively, a 45 minute drive away is the tranquil spot of Half Moon Bay. It’s a perfect stretch of coast with beaches away from the city where you can enjoy some peace and quiet, build a sandcastle, walk along the coastal trail, go horse riding or even play some golf. So there you have it!

Have you been to San Francisco or any of these districts before? Would you be interested in going? Do you have any top tips about what to do in this city? 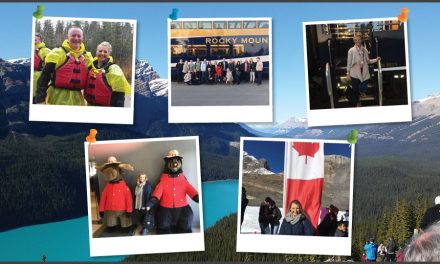 Exclusive: Step Into The Shoes Of Someone Travelling The Rocky Mountaineer

Consultant in the Spotlight: Say Hello To Edward Griffiths 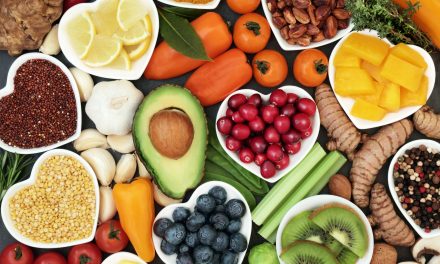 Vegan Or Vegetarian? No Problem…These Cruise Lines Have Got You Covered!