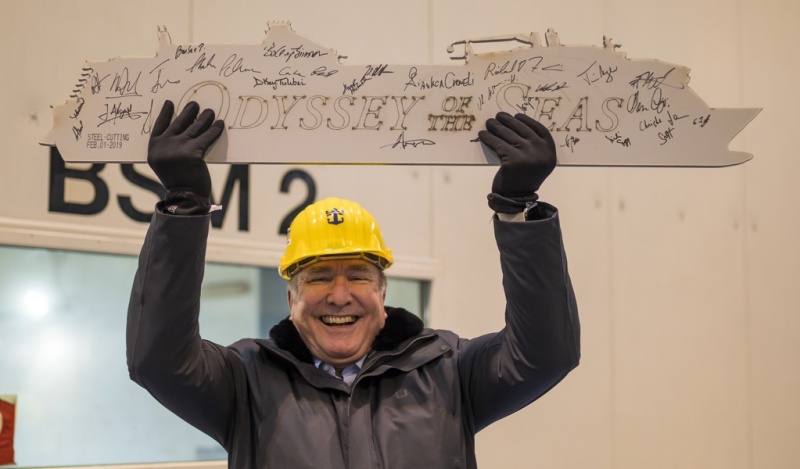 The 27th vessel in the fleet will be called Odyssey of the Seas, and it will sail from the United States.

Both of the above announcements were made today during the ship’s steel-cutting ceremony at the Meyer Werft shipyard in Papenburg, Germany.

Odyssey of the Seas should launch in fall 2020 following on from the first Quantum Ultra Class ship, Spectrum of the Seas, in spring 2019.

Spectrum will debut Asia and join other Royal Caribbean ships including Quantum of the Seas. Royal fans can expect additional details about Odyssey of the Seas to be revealed later this year, although it has already been revealed that Spectrum of the Seas will have a key-card access.

Other features will also include an all-suite complex with a private swimming pool and restaurant, and the Sky Pad virtual reality trampoline experience.

The Quantum Ultra Class ships are only slightly larger than those in the Quantum class (168,800 gross tonnes versus 168,666 gross tonnes).

Guests will also be able to experience Royal’s $115 million renovation onboard Navigator of the Seas on February 24th this year.

The upgrade will break records with a modernization that includes new features like the first blowdry bar at sea, two exhilarating waterslides, and a mindblowing Caribbean poolscape.

Click here to make it easier to cruise with Royal!

What do you think about the name Odyssey of the Seas? Are you excited for the next Quantum Ultra class ship? Are you booked to sail with Spectrum of the Seas yet? Let us know!

Royal Caribbean Fans, Your Countdown To Perfect Day At CocoCay Can Begin With it due to open in May 2019, there are several new amenities to impress Royal passengers with such as…

We Just Found Out Which Royal Ship Is Sailing Out Of Southampton 2020! Only 25% of you guessed correctly! Royal have seriously surprised us with this one…the line has confirmed that it will actually be… 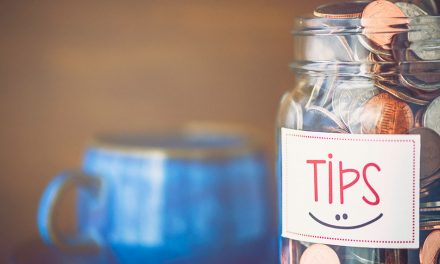 Cruise Ship Tipping: Is It Their Way Or The Highway? 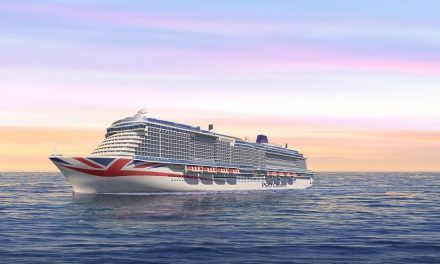