With Arvia just around the corner, P&O Cruises have released further information regarding her newest feature and P&O Cruises’ first ever, escape room experience.

Get set for Mission Control. Prepare for an underwater adventure like no other. New and exclusive to Arvia, Mission Control is a unique immersive experience. The concept combines an escape game with multimedia simulation and an intense live-action story to create a thrilling underwater odyssey in which your team must save the day.

Set on board the fictional submarine Arvia II, you’ll board in groups of up to 10 to form a team of marine explorers and underwater detectives under the guidance of Arvia II’s fearless captain and with the expert assistance of Dr Melissa Ryan, a virtual character who will be by your side throughout your mission.

With support from Dr Ryan, your crew will overcome danger and solve puzzles and problems at every turn. The incredibly realistic 3D surroundings will take you to the depths of ocean canyons, where you’ll encounter astonishing marinescapes, sunken cities and underwater creatures. Motion simulation and fully interactive consoles put you at the heart of the action, while 3D surround sound completes the truly immersive experience.

Mission Control offers two one-hour experiences: a family-friendly adventure suitable for all ages and an adventure designed for adults. In both scenarios, you’ll work together to solve problems, find vital data and strive to reach your goal. If you succeed in your mission, you’ll join Dr Ryan’s team and graduate as a fully-fledged member of the Marine Research Institute. This unique environmental experience will also leave you with a greater awareness of the need to protect our fragile marine ecosystems.

‘We wanted to create something brand new and we believe this is the first of its kind in the world,’ says Phil Yeomans, Director of Entertainment, P&O Cruises. ‘We took the escape room (a really popular, fun, family activity) and a simulator, and mashed the two together to create a fantastic submarine experience.

‘When we came up with the concept, we needed a special partner to bring it to life and found Tennagels, a technology company in Düsseldorf that specialises in things that have never been done before; things you can only dream of, they can make it happen. And here we are with this amazing
submarine that’s going to wow our guests. Boarding Arvia II is like being in the biggest blockbuster movie out there.’

To create an authentic user experience, the Tennagels developers had to understand the controls and technological functions of a real submarine and build these into Arvia II and create a compelling story.

‘The idea is that you step off Arvia and into Arvia II, where our top scientist Dr Ryan sends you off on a research mission, diving deep down beneath the ship,’ says Michael Kelly, Entertainment Innovation Manager, P&O Cruises. ‘Of course, things go wrong along the way and you have to figure out how to
solve the problems to complete the mission.

‘Mission Control completely puts the audience at the centre of the story. You really are on board this submarine, controlling it, steering and navigating the dive, flipping the switches and monitoring the sonar… you’re in control at every stage of this incredible journey.’

Are you excited about Arvia? Will you be sailing on her?

If you’re interested in being the first to sail onboard this brand new ship, click here to view our deals 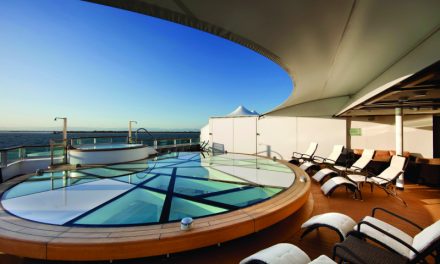 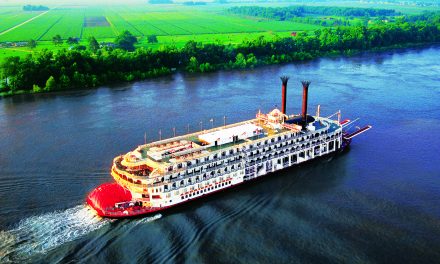 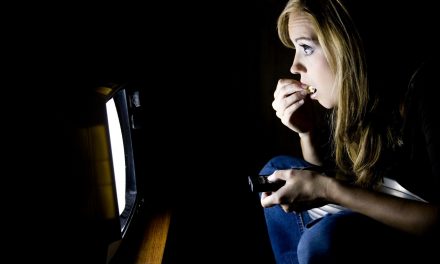