Norovirus hits Princess Cruise – but are cruises really hotbeds for it?

A little over 170 people on the Princess Cruises’ Crown Princess vessel have fallen ill with the norovirus.

The ship has more than 3,000 passengers and 1,160 crew members, meaning the proportion of those afflicted with the virus is actually less than five per cent.

The outbreak has been confirmed by the US Centers for Disease Control and Prevention (CDC) but here at www.CRUISE.co.uk we’re growing a bit tired of hearing stories about cruise ships being a hotbed for the norovirus when it’s actually much more prevalent in other enclosed environments.

For instance, the CDC states outbreaks are most commonly reported from health care facilities, such as nursing homes and hospitals, in the US and other industrialised countries.

In fact, more than half of outbreaks in the US occur in long-term care centres and this is thought to be because the risk is dramatically heightened when there’s increased person-to-person contact. The virus has also been known to wreak havoc in schools, colleges, prisons and military encampments. It’s also believed that health officials track the spread of the norovirus on cruise ships, meaning it’s more commonly reported in the media – leading to concerns that liners are more susceptible to outbreaks than they actually are.

The 172 individuals came down with the virus as part of a 28-day cruise that docked in Los Angeles yesterday (November 16th).

Princess Cruises spokeswoman Susan Lomax said via email: “Over the last few days, the ship began seeing an increased number of gastrointestinal illnesses, caused by norovirus (commonly referred to as the stomach flu).

“In response, we have enacted our stringent disinfecting protocols developed in conjunction with the US CDC, which includes an extensive deep cleaning of the ship and the terminal in Los Angeles on Sunday before the ship embarks on its next voyage.”

A statement from the liner added: “We are sorry this incident has impacted our guests’ vacations and are grateful for their understanding given the circumstances.”

Princess Cruises has been taking steps to ensure the outbreak is restrained, with passengers reporting how staff were distributing food at the buffet to stop lots of people using the same serving utensils.

Announcements have been made to make sure passengers are fully aware of the situation, while those about to join the ship at a later stage have reportedly been briefed about what is going on.

How do you feel about the situation? Are you as fed up as us about hearing Norovirus has broken out on a cruise ship again when in reality you’re much more likely to catch it on land? Should the media lay off the cruise industry just because they’re an easy target?

Have your say here and join in our Forum discussion

How To Cruise On Benefits

Cruise Ship To Be Used To House Refugees 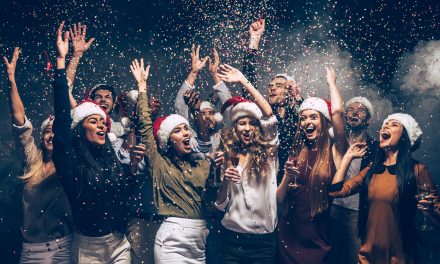