Nine Common Misconceptions About Cruising: It’s Really Not What You Think 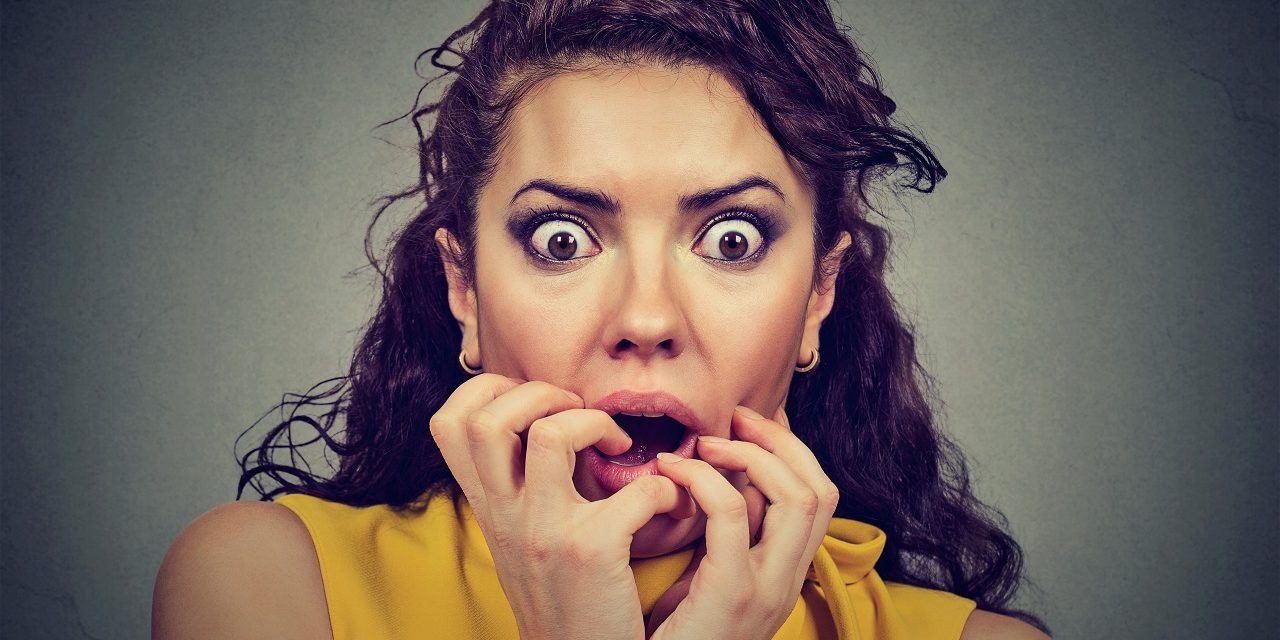 The last thing we want nowadays is the stereotype taking over what the truth really says, and this applies to cruising too…

Just when you think you’ve got it all sussed out, the experts are here to change your mind (and we call them the experts for a reason), so don’t even think about booking your next cruise until you’ve cleared these nine common misconceptions up. You’ll most definitely be surprised…

1- I Won’t Learn Anything New

It may sound cliche to say cruises are for everyone but just when you thought they’re purely for people who want to relax in the pool or over-eat at the buffet, a lot of cruise lines have brought some really unique classes to the table…

“My Mom spent a lovely afternoon in James Martin’s Cookery Club on P&O Britannia, with the man himself! They cooked a main course and made choux pastry buns and had a thoroughly lovely time by all accounts. A wonderful way to spend an afternoon at sea and an experience that Mom will never forget. She even brought me a Cookery Club apron signed by James Martin.“

The cruise was also Strictly Come Dancing themed, Craig Revel Horwood was his usual charming self even though it was fare-paying passengers that he was judging, can you believe. You can join dance classes hosted by Aljaz Skorjanec (who wouldn’t?!) and his lovely wife Janette Manrara, then you can compete in front of Craig if you’re brave enough– not sure I am!”

The ongoing debate of gratuities is one that has always divided opinions of cruisers, with some acknowledging the importance of tips for the staff whilst others assume the cruise lines pay the crew members enough as it is.

But in more recent discussions, it has been revealed by crew members themselves that these gratuities are more or less completely relied upon to get by, and working on a cruise ship isn’t as glamorous as it may sound…

“Being an ex-crew-member myself, I can tell you that crew get paid a low basic wage and rely on gratuities. On a day at sea, crew could work 16 hour days. Did you know at least a third of crew have to stay on board in port in case of an emergency? Not all crew get to go on land in ports!”

3- Bad Weather Will Ruin My Cruise

Of course if you’ve booked a cruise, you’ll be very much looking forward to views of the sea- either from your balcony or the deck.

You’ll spend the last few months before you board counting down with a vision of you laid on a a sun lounger with a cocktail in your hand,and only the sound of the calming sea to worry about.

“Having just returned from Ventura, we had a sea day and the weather was awful, but we still had loads to do on board from quizzes to movies in the theatre, and we had the indoor pool and jacuzzi, including lots of bars obviously and shopping.  There is the spa and fitness centre, too!“

The worry of bad weather and cruising comes down to a lack of awareness of the facilities that are available. So if you spot an itinerary and see lots of sea days, a good tip would be to consider what facilities they have on board like those mentioned above and plan your day around these. For me my quickest day was the sea day, despite the shockingly bad weather!”

Whilst a lot of ports are directly in the centre of some destinations for the convenience of cruisers, there are plenty of places to sail to which might require a little more travelling for all the best rewards.

Fly cruises mean your holiday will include flights to somewhere guaranteed to be incredible, and there’ll always be an option to book a tour around the area to ensure you really get to the heart to this amazing place (and this is all before you’ve even boarded your cruise!)

“I’d say the biggest misconception these days is that folks think they are limited to coastal destinations, not realising their agent can fly them, or tour them, pre or post cruise! There is more flexibility to see than they think, and it’s not just about sailing from A to B.”

Obviously this is more relevant to fly/cruise customers, unless someone has a huge desire for a 3 night pre-stay in Southampton!”

5- Luxury Cruising Is Way Too Expensive

It’s called luxury for a reason (we’re talking 6 star cruise lines here), and the all-suite, all-balcony, chandelier-covered vessels will of course take a little more out your bank account. But the mistake people make is writing luxury sailings off altogether!

But the mistake people make is writing luxury sailings off altogether! Not only will you get a lot more for your money, but the final price will still pleasantly surprise you…

“I would never have considered a cruise myself a long time ago because I know they’re too expensive yet when I looked at what was included I realised they’re not at all! I used to look at a lot of cruises and think they were out of my league, but then I discovered Regent and although it is higher end, it includes all the drinks and excursions.“

When I priced that up against another 6 star cruise line, I realised how good a deal it was!”

6- The Higher The Better!

Where you sleep and spend a considerable amount of time on holiday will always be something you want to get right, and if you have the chance to get a sea-view then that’s even better.

“Cruisers ALWAYS want to be on a higher deck. They think the higher the better and I always reply with “The more you pay, the more you sway!” Your view from your window or balcony will be amazing no matter how high you are, and you’re more likely to get seasick the higher you are.“

Not to mention people think an inside cabin will be like a cupboard (not true), but if you want to save money I can’t stress enough that a window doesn’t make much difference- you won’t be sitting there looking out of it!”

7- It’s Claustrophobic With Nowhere To Escape

It can be seriously hard to break the stereotype of cruising until you’ve experienced a cruise ship yourself, but one main assumption is that the size of the ship limits the possibilities. This, however, could not be further from the truth…

Every budding cruiser will be delighted to know that the mega ships have changed the game, and the term ‘floating holiday’ could now not be more true…

“I think people often feel that you’re confined to a small space, a little claustrophobic with nowhere to go. But they don’t realise how big some of these floating hotels are! Some think there’s not enough to do on board.  Again, they’re not realising there’s pools, day time activities, sports courts, gym, sauna etc.”

Although it can appear that a world cruise may best suit the lifestyle of someone in retirement, cruises don’t have to last any more than two nights if you don’t want them to.

Mini cruises are full of families, couples, groups of friends, retirees and even solo travellers (as are 7 and 14-night sailings)!

The past few years have brought us surfing simulators on cruise ships, record-breaking slides and so much more, proving the sky is the limit…

“When I speak to a lot of people who have never cruised before or know very little about it, they always think that cruising is just for old retired people and that it would be boring and not for them! That, of course, is certainly not the case nowadays. Especially with the likes of the new Mega ships from Royal Caribbean that include loads of fun family features like ice skating rinks, rock climbing walls, bionic bars, a Central Park with real trees, to name but a few!“

Cruising has definitely moved rapidly into the 21st Century and is most definitely for EVERYBODY!”

9- There’s No Cruise That Won’t Hit My Bank Hard!

Sure- the price of your cruise includes food, entertainment, accommodation, beautiful sea views and more so you might be expecting a hefty bill, but it’s ultimately time to get rid of the stereotype.

The cruise lines know the last thing you need is a big hit to your savings; you just need to know which ships to be looking at…

But if you look at the umbrella brand, Carnival, it’s seen as a ‘fun holiday for everyone’, and cost isn’t really a factor. Everyone’s attitude differs, but so does every cruise line!”

Which misconceptions on cruising did you used to have? What cruise lines have proved you wrong in the past? Leave us your thoughts and experiences in the comments below!

The Seven Most Misunderstood Cruise Ships Many spectacular ships are thrown aside because the mega ocean liners look like they can give you everything, but the very ships you’re ignoring are the ones guaranteed to give you…

18 Crew Secrets The Cruise Lines Don’t Want You To Know You may only come to know a few by name, but the megaships can have over a thousand crew members onboard, but what goes on behind closed doors… 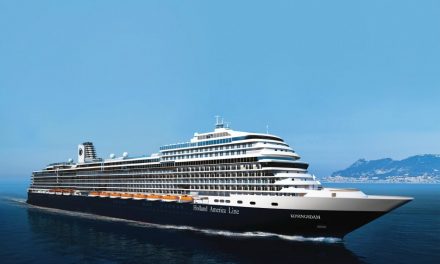 An Introduction To: The MS Koningsdam 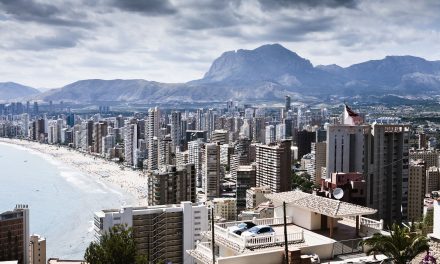 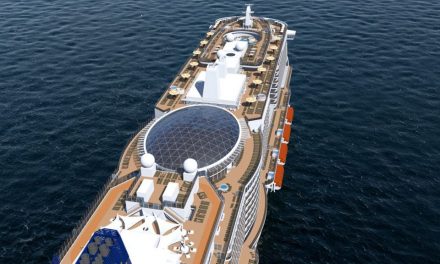 Your Friday Focus Ship Of The Week: It’s P&O’s Iona! 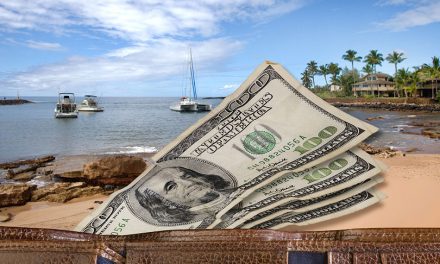 How to Avoid Spending a Penny Whilst In Port!