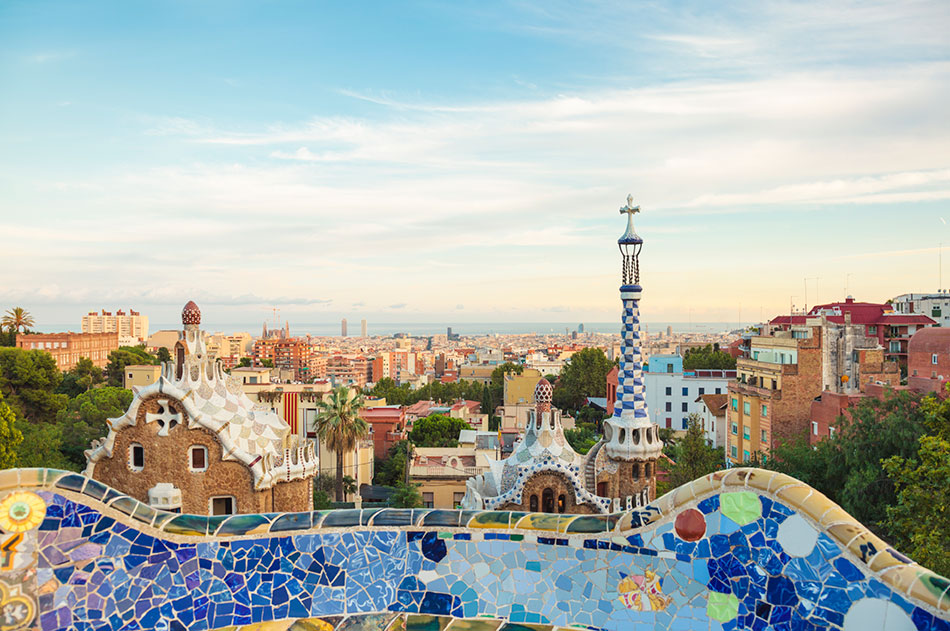 Even if you’ve never been to Barcelona you’ll probably have heard of the most popular tourist attractions: the Gothic quarter, the Picasso museum, Las Ramblas street and so on.

But you can officially put your travel guides aside, step away from the cliché and take notes of the hidden gems to the city with our tips and secrets on the most exclusive and unique bars, restaurants and sights there actually is (and you’ll kick yourself because they’re right under your noses…)

Restaurants Off The Street Map

Cova Fumuda
Heard of it? We hadn’t either! A name that translates to a smoked cave gives it that mysterious, secret feel that it aims for with its lack of sign or street number. It’s only accessible if you’re in the know (so now you’re in luck!) despite it being found in the main plaza of the district. You simply have to find it and experience its famous ‘bombas’: deep fried mashed potato balls stuffed with minced meat. If you’re a veggie you’ll know the restaurants designed for you are hard enough to find as it is, but at least when you’re trying to find this one you’ll know it definitely exists! You’ll have to find out the floor number for the intercom as it’s in an apartment on an alley of the main street in Las Ramblas. The area has a small hare Krishna community and they run this restaurant to support their activities, but just so you know…this place is like a maze so don’t arrive too hungry in case the adventure takes longer than planned! Did You Know: Barcelona are famous for their tapas, so if you’re looking for one of the more unique ones head to Quimet I Quimet where they serve their own-label Belgian beer and it’s a standing room only!

Passadis d’en Pep
Unsurprisingly, this is another gem that isn’t easy to find with a long, dark corridor replacing a sign on the door. Come here if you prefer freedom, flexibility and the unexpected when you dine as there won’t be a set menu to choose from! Instead you’ll walk in, sit down, be served dish and after dish (in all varieties of meat and fish) and that’s before you’ve even started your main! So, (don’t) spread the word so you go and fill up on all the choices before it becomes a popular tourist attraction! Bars Off The Beaten Track

Bar Mutis
A bar so special it has managed to be voted the 16th best bar in the world by Drinks International and still remains the most exclusive, chic place to drink in the city. A soundproof, converted flat where you’ll need to find a way to get your name on the guest list before you can even think about starting to wander off to start the search.

If you make it here for your after-dinner cocktails you’ll find 1920’s New York inspired décor, red velvet curtains, gold ceilings and a spiral staircase (so maybe wear something a little fancy to look less like an over-excited tourist and more like a secret-venue-expert). El Amario
We’ll give you a clue: it’s found in El Raval but you’ll still have to discover where this hole in the wall is by yourself! No really, an actual hole in the wall in the owner’s wardrobe, so it’s time to relive your childhood obsession of The Lion, The Witch And The Wardrobe.

But this Narnia-inspired spot is a bit hit and miss (making it even more exclusive) as it depends on the owner’s mood and whereabouts! If he’s feeling generous he’ll let you in after your knock at the door and you’ll find a cosy and intimate bar with old and comfortable furniture. Did You Know: Barcelona is one of the cocktail capitals of the world! So don’t miss out on the chance to sign up for cocktail making classes to learn how to make the perfect margarita or Mojito from some expert guidance!

Ice Bar
When you’ve anticipated your sunny holiday for so long and you find yourself finally lying on the sand happily roasting under the sweltering sun, the last thing you will be thinking of is heading somewhere cold. But think again because this is exactly why Barcelona’s ice bar is the most exclusive venue next to its beach; guests that think outside the box and head here will be handed Arctic-style silver jackets for its year-round temperature of between -5 to -10 celsius. For just 15 euros you’ll have access to this subzero bar (and a free drink) where you can sit on frozen bar stools and admire the ice sculptures as you sample a vodka or two. It only holds a capacity of 50 people so maybe keep quiet and only tell your friends so it stays the most exclusive frosty bar you’ve ever been to!

Entertainment On The Back Streets

Jazz Cub
Another gem that’s found in the centre of Barcelona but you’ll only hear by word-of-mouth! You might already know of Hotel Jazz but do you know what the 8th floor holds? An ultra-exclusive spot for spectacular panoramic views 30 metres above the city. There’ll be cocktails served in a terrace bar, a large solarium, a refreshing pool and lounge furniture. The modern design can be enjoyed from 8pm until 2am so time is limited; now you know where it is, get going for a great combination of socializing, relaxing and soaking in the tub!

Did You Know: Barcelona has a nudist beach! Their residents are not shy so if you head down to Mar Bella beach, sunbathing in the nude is the standard etiquette and you can find a chiringuitos too for some post-tanning mojitos.

Create Your Own Cava
Not all the best things to do are hidden in a backstreet off the main square, you might just have to travel a little out to discover something creative and unique to get involved in! If you take a train about an hour out of the city you’ll find the sheltered valleys and rolling hills of the Penedes wine region of Spain. If you’re a lover of champagne it’ll be worth the trip as you’ll learn all about Cava whilst getting to bottle your own brew! What could be better than tasting three different varieties, pouring the bottle and then applying your own custom made label (you might just discover a new career route…)

The Labyrinth
Another gem located outside of the tourist radius and something of an undiscovered treasure (so be glad you heard it here first!) is Parc de Labirint d’Horta. If you head to Horta, in the north of the city, you’ll be able to get lost with that being the general idea, before you find your way again. It’s a wonderfully intricate maze, designed in the 18th century, that you can roam around for a small fee of 2 euros and there’s more to it than just a bunch of confusing, tall hedges! It’s split into two sections: the older garden with a neoclassical style and the younger garden that holds a romantic style. Between both parts, the park holds a statue of Eros, the God of love, and another statue of Dionysus, the God of wine, and a large beautiful pond too. It’s quite a romantic spot with the waterfall, canal and thousands of flowers that live under the trees. They have a rule of only allowing 750 people in on one day so as to maintain the park’s beauty; we don’t know about you but we are utterly convinced that we have to go here!

Are you convinced you need to go to Barcelona now? Which secret venue is your favourite? Are you up for getting lost in the maze or going for some tapas down a dark alley? Let us know in your comments below!

A Video Introduction To River Cruising 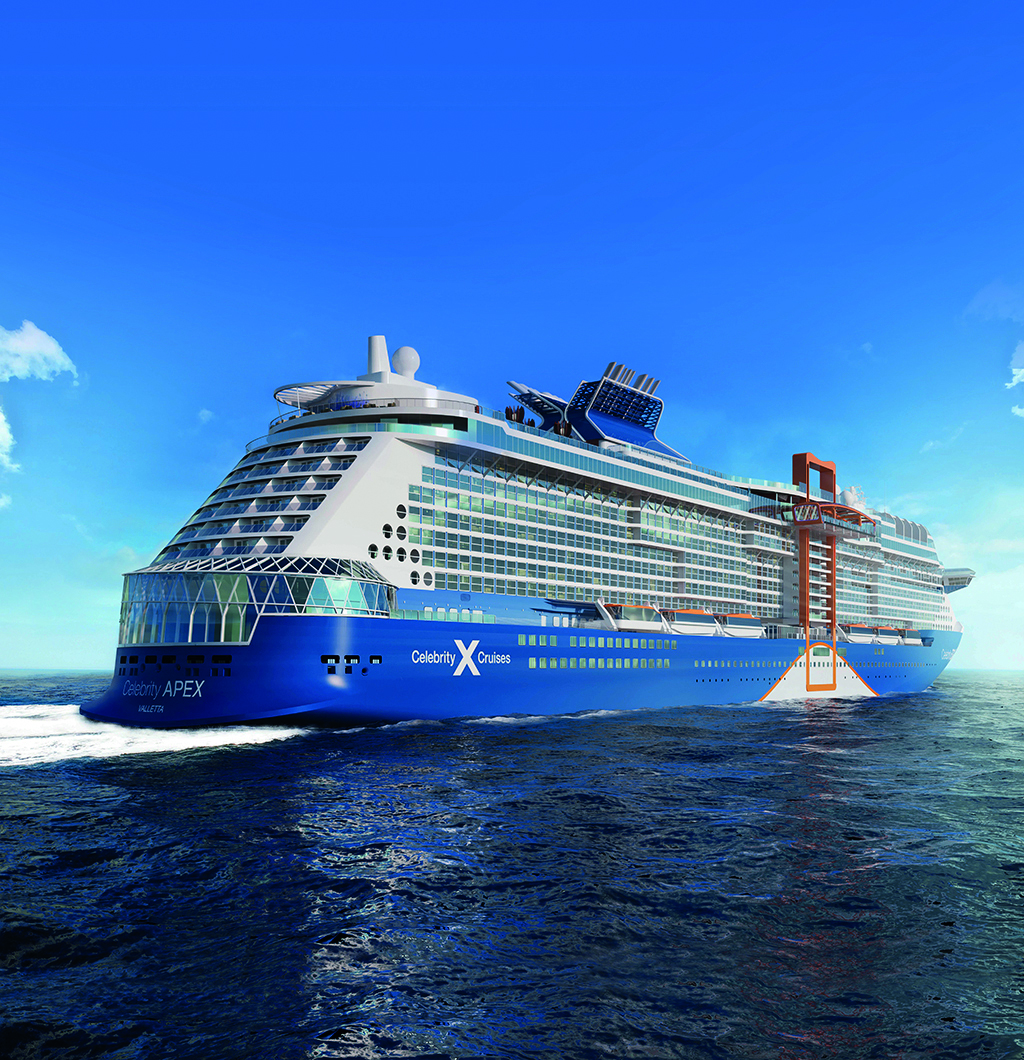 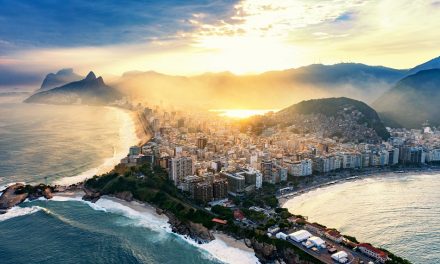