Every country has plenty of hidden spots that prove well worth a visit; none more so than Greece with over 6,000 islands and islets! Whilst only 227 of these are inhabited, it could still take you years to visit all of them…

With the more popular islands becoming increasingly overcrowded with tourists, where should you head for a quiet Greek oasis? How do you know which small islands are worth the boat ride to visit? We’ve got everything you need to know…

The tiny island of Folegandros is so small that it doesn’t even have an ATM, but what it lacks in technology it makes up for in beautiful volcanic scenery. It’s frequently been nicknamed “the new Mykonos” due to its summer parties and relaxed atmosphere.

See the best of the greek island by exploring coast in a water taxi or dining in one of the local restaurants that serve anything from goat to grilled octopus or pasta.

Folegrandros is barely 12km by 4km but it shoulders a slightly dark past; the remoteness of the island made it a place of exile for political prisoners from Roman times to the 20th century but not to worry, it has left its past behind and replaced it with charm like no other.

Its secluded coves, picturesque houses and beautiful main town makes the tricky journey absolutely worth it…

Spetses is an island with a cool, bohemian feel and plenty of posh hotels, mansions and boutiques, not to mention it’s quaintly served by horse drawn carriages.

The island feels like somewhat of a 19th century time warp, despite the luxury yachts and designer stores dotted around, and it is said to have something timeless about the square: domed churches, traditional tavernas with tables lining the road, locals strolling along the promenade.

This is a Greek gem that champions relaxation and elegance in atmosphere with its friendly restaurants, yacht marinas and boutique hotels as it sits two hours away from the busy Capital, Athens.

Did you know? The island was famously home to Bouboulina (the heroine of the Greek war of Independence) and streets all over Greece are named after her.

This island has long been famed as the home of the ancient Greek hero Odysseus who took ten long years to return to his homeland. However, those of you that don’t know your Homer may never have heard of it!

The island itself is two islands joined by a thin strip of land and is full of olive groves, fishing villages, Byzantine churches and quiet beaches. Even if you aren’t in search of the islands history, the local savoro fish or tserepato chicken is reason alone to visit…

If you prefer heading for the underpopulated, charming cities with some soul, then this is right up your (Greek) street. Be prepared to visit Ithaca for the island itself as it is not so famous for its beaches, like many other Greek islands.

Instead, it boasts a purity and peaceful quality that so many obscure destinations lack proving that walking and hiking should be at the top of your list (if you follow a certain narrow, winding path you’ll pass a private house supposedly rented by Madonna upon a time…)

There are no cars present on this Greek island, leaving it free from pollution – instead visitors and locals travel by horse and carts to get around the island, so you’ll have to get used to a soundtrack of the horse’s hooves clip-clopping down the cobbled streets instead.

The tranquil atmosphere in this rural corner of Greece is complemented by the small street of restaurants and shops near the harbour, and we’ll admit that there’s not a tonne of things to do. The vibe is more about soaking up the atmosphere and strolling around at your own peaceful pace!

The elegant stone mansions are one of the only things that the island could be known for due to its nature of sitting on the slopes of a hill, but just know that this makes it perfect for hiking up the paths to discover old monasteries and more mansions for some scenic and unique holiday moments.

Did you know? Hydra’s locals are called “Hydriots.”

Alonissos makes it to the list due to its abundance of natural wildlife. The crystal clear waters boast seals and dolphins, and its dense forest provides travellers with the perfect hiking opportunities.

The fishing harbour or the small village of Votsi are great to explore whilst the once abandoned village of Old Alonissos now boasts a range of newly restored cafes, markets and bars, ideal for a relaxing stop off.

Alonissos is the most remote of the Northern Sporades island group and Chora is the most picturesque of them all with an incredible view to the Aegan Sea. If crystal beaches and beatiful greenery is up your street then this island needs to be top of your list…

Keen travellers should visit Syros for its architecture as its Venetian built town is packed with 13th century churches, town halls and mansions. Walking around the town via its many sets of marble steps will help you understand how the island has become known as a “walker’s paradise” and the variety of good restaurants and scenic beaches won’t hurt either…

It’s known as the transportation hub for the Aegan as its port offers ferries to the islands of Cyclades, Dodecanese, and Eastern Aegan. And not forgetting about the main square of the island Syros itself, an absolute gem to walk around the old quarters and gaze at a fantastic view of the Aegan Sea.

The endearing area merges traditional and modern Greece, and remains relatively rural outside of the Capital. Whilst it buzzes all year round, it showcases the best of everyday Greek life.

Also known as a diver’s paradise, Amorgos is surrounded by clear waters, sea caves and even shipwrecks that are great for even beginner divers. For the active hikers and walkers amongst you, head to the mountains and hills for panoramic views of the surroundings or take a walk to the island’s 11th century monastery (Panayia Hozorviotissa) carved into the side of a cliff.

It’s shaped like a seahorse and is 30km top to toe, reaching over 800m at its highest point. As you approach by sea, it’s long ridge of mountains appear to stretch every skyward and it sits opposite a coast that’s just as spectacular.

Each charming village has a unique atmosphere, sights of the incredible colours of the sea, a labyrinth of narrow paved alleys, lovely churches and traditional restaurants to stop by. Yet another Greek island to leave a lasting impression you won’t be able to forget…

This remote island near Crete is the most Southern Island in Greece and has only 50 permanent residents. The beautiful beaches and ancient lighthouse are worth a visit and you can even camp here should you wish…

Just bear in mind that this island is so remote that if bad weather hits, it could take you days to get the next boat to take you back! Although all the more reason to stay, wait it out and admire the abandoned villages and peacefully quiet beaches.

This is not a Greek island you come to to find tourist-friendly activities and famous sights at; instead it’s nature that is the focalpoint. So if you want to give your eyes a treat, Gavdos is you next stop. Steep rocks on the coastline, flowers on the beach, and goats and birds to stroll past in replacement for the ‘locals’.

Blissfully remote, it is a state of mind as well as an island. But be aware that the chilled spot attracts a loyal following of free spirits, nudists and campers with the hope of spend most nights gazing at the starry skies.

This island is a beach lover’s paradise, with over 80 beaches to choose from and sands that vary from white to jet black and are surrounded by the rugged mountain scenery and Greece’s famous white washed villages.

Take a detour from sunny Santorini to get here and you’ll be able to explore the real beauty of Greece without the busy crowds. The white rocky landscape encaptures the once-in-a-lifetime essence whilst some sights can only be reached by boat where you can dive into the secluded caves and ‘sleeping volcanoes’.

The island is now a popular wedding and honeymoon spot with a focus on romance and opportunities to scuba dive, sea kayak, trek, mountain bike and windsurf in the protected bay. The place to tick several things off your list…

Anafi is an island with under 300 inhabitants, located nearby the popular island of Santorini. So if you’ve been to Santorini already, why not give Anafi a visit? It’s a chance to see un-spoilt Greek Island life without the hordes of tourist eager to beat you to café tables or the best beach spots.

You can visit Zoodochos Pigi Monastery, venture into the picturesque Chora village or take a dip in the sea at Megalos Roukounas beach. The island is easily accessible by ferry, and why not have one last meal in the creatively named “Margarita’s” whilst you wait in port for your transport home?

It remains untouched by mass tourism with just one village but numerous crystal beaches around the coastline. Due to its volcanic background, Anafi island has wild landscape and sandy beaches so one thing you’ll never be without here is stunning sights and a reason to stop and stare…

What do you think to the ten islands the Greeks don’t want you to know about? Are any of them on your list now? Do you strive for picturesque, blissful spots or tourist-central places with plenty to do? Leave us your comments and check out more exclusive guides below…

Welcome To Japan’s Secret Island For A Volcanic Vacation  Home is where the heart is. It’s safe, secure, gives you warm, comforting feelings when you walk through the door. When we’re back from a cruise we value a bit of familiarity…

15 Of The World’s Secret Beaches When you’re on holiday there’s nothing worse than a tourist packed beach. You know the ones that are so crowded that you have to fight your way past thousands of beach umbrellas and deck chairs for your own… 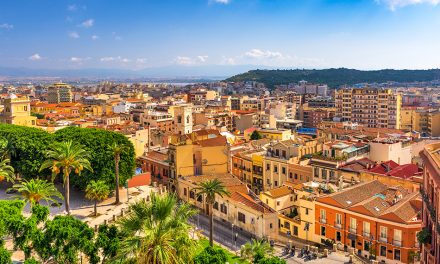 Cruise To Cagliari: The Most Italian City Break Of Them All

Delve Into Santorini, The Postcard Island Of Greece 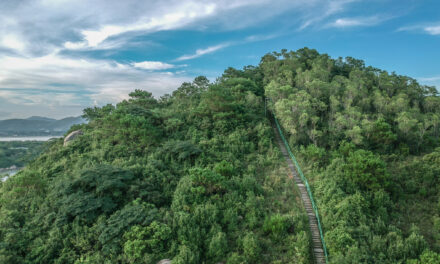 This Amazing View Of Hawaii Is Completely Illegal

A Video Introduction to Oceania Cruises