How To: Do Heston Blumenthal On A Budget!

On our recent trip to Anthem of the Seas, the www.CRUISE.co.uk team were lucky enough to take a look around the Alice in Wonderland style restaurant… Wonderland!

It’s a crazy mix of furniture that’s designed to look like a Mad Hatter’s tea party, with swathes of fabric on the walls to give the feel of an intimate den – and that’s just the décor!

The waiters aren’t called waiters… Instead they’re “storytellers” who talk you through the menu and escort you through your food journey and what a journey it is!

The menu alone is bonkers enough for the Mad Hatter!

It starts off completely blank but you’re then given a pot of water and a paint brush, so that you can paint the menu… to reveal the different “elements” that you can choose from.

Elements include “Sun, Ice, Fire, Water, Earth and Dreams,” which come as small or sharable “fantasies.” Examples of the intriguing food includes eggs that come with a flavoured smoke, exploding olives, potato “pebbles” (which have been coloured with squid ink), liquid lobster or vanishing noodles… They definitely remind us of the other worldliness of Alice’s Wonderland! Royal Caribbean’s Executive Vice President of Operations, Lisa Lutoff-Perlo, said: “we took Wonderland as the inspiration, but we gave it a Johnny Depp Tim Burton spin!”

You can expect the six course menu items to have wow factors, such as the liquid nitrogen used to prepare the cocktails. The liquid nitrogen evaporates to give the table a smoky effect – (just make sure you drink the cocktail – not the nitrogen!) The focus is on making dining a sensory experience, with things that you haven’t seen before! Now that sounds like Heston’s restaurant to us… Wonderland is part of the Dynamic Dining experience and guests pay an additional charge to dine there. The cover charge is $45 – compared to a set menu at Heston’s Fat Duck being £220 per person! As Wonderland is also on the fantastic Anthem and Quantum of the Seas – we know where we would rather be!

Would you like to dine in Wonderland? Do you think it sounds better than Heston’s restaurant? Let us know in the comments below! 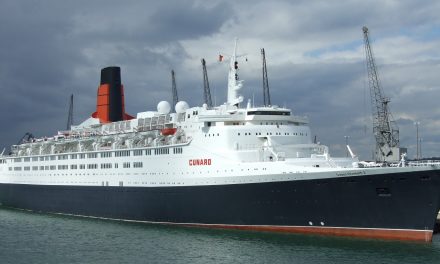 The QE2 Returns For First Time In 10 Years! And We’re Taking You To See Her… 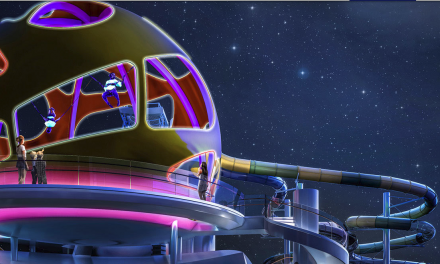