Just weeks before the world’s largest cruise ship, Harmony of the Seas, is to arrive at its new home in Florida, Royal Caribbean have announced its Godmother will be waiting for it.

Brittany Affolter, a 23-year-old from the Miami-Dade region of Teach For America has been chosen after a six-week search for an educator suited to take the ceremonial role. In the past, the Godmother role has been given to royalty, celebrities, astronauts and even an animated princess. President and CEO of Royal Caribbean International, Michael Bayley, stated: ‘The Godmothers of our ships are remarkable individuals whose life lessons and achievements are rooted in courage, dedication and determination’.

The line has stated that it was Affolter’s story that was worthy of the Godmother honour; the difficult environment in which she grew up in forced her to seek help and she found it in the help of teachers and mentors.

Affolter has been working with Teach For America Miami-Dade since 2014, helping at-risk and low income students, whilst also tutoring students in her spare time. She is in the process of becoming a mentor for children in foster care and is completing a master’s in educational leadership.

Bayley continued: ‘We were exceptionally impressed by the passion she has for empowering our youth to believe in a better world and brighter future. She is wise beyond her years, and we can only imagine the accomplishments that she will continue to achieve’.

In the process for finding a Godmother for Harmony of the Seas, the company sought nominations for a South Florida hometown hero in education, and Affolter came out on top. She will now be the official bottle breaker at the ship’s naming ceremony on November 10th of this year.

As part of the announcement, Royal Caribbean will give a $25,000 grant to Teach For America Miami-Dade.

‘I am so honoured to have been selected as Godmother to Harmony of the Seas and hope that my story can help give you a voice to all the hard working teachers that give so much of themselves to make a meaningful difference’, said Affolter in the press release.

‘It’s most important for me to help kids understand that no matter what is going on in their lives, they can reach the dreams they have for themselves. It’s amazing what you can achieve when you have the support and encouragement of teachers who go above and beyond.

Harmony of the Seas kicked off its inaugural cruise season in May of this year in Southampton, moving to the Mediterranean for a series of Med cruises. It will soon join Allure of the Seas sailing alternating Eastern and Western Caribbean seven-night itineraries starting on November 12th.

So, what are your thoughts on Royal Caribbean’s choice for Harmony’s Godmother? Do you think they made the right decision? Have you sailed with Harmony yet? Leave us your thoughts! 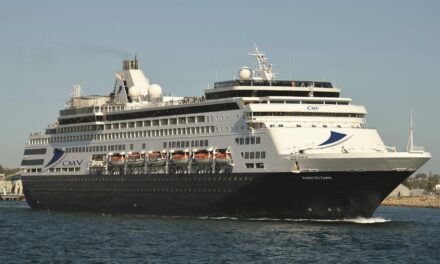 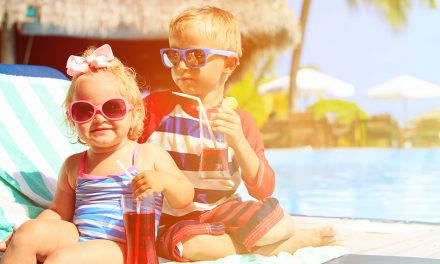