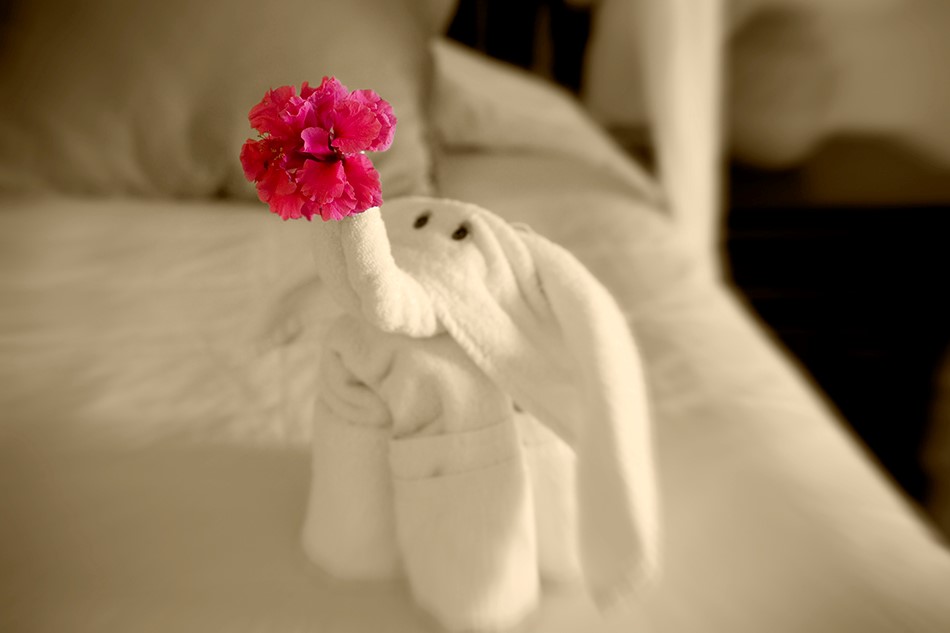 Mention cruising to anyone and then get them to describe what they’re thinking of, we’re willing to bet they’ll go down the lines of big ships, fine dining, unlimited luxury, the romance of the sea or amazing, exotic destinations (and that’s all true enough!)

Or to be even more precise the cabin stewards with a sense of humour that like leaving towel animals in our cabin for us to come back to each night!

There’s just something about an unfolded towel that seems to bring out the creative side in some people.

The www.CRUISE.co.uk team have seen them all over the years, from the awesome to the truly awful!

Below then are some of our favourites…

Now that is one cool pooch!

Perhaps not the most creative we’ve ever seen but we’re giving this one bonus points for the artistically placed flower. This spaniel, snapped on Explorer of the Seas, must have taken some serious towel folding skills to make! Never mind – Here’s a towel folded to look like a rabbit for you to enjoy. Make us a towel animal… and make it snappy!

Sorry, we couldn’t resist that! This towel crocodile seems very appropriate to the Nile cruise he was found on though. That towel animal’s meant to be extinct!

Kudos goes to this cabin steward for being able to recreate an animal that’s been dead for over over 65 million years.

We don’t remember seeing one of these in Jurassic World. Another classic, this time spotted on Royal Caribbeans Navigator of the Seas. This old favourite is always good as it’s normally the first thing you spot when you get into your cabin. Taken in the Caribbean, here’s another cabin steward that likes to leave his creations hanging in the room so they’re the first thing you’ll see.

Let’s hope this creation on the Carnival Legend doesn’t end up the menu! We think it looks much better hopping around on the bed than it would on your plate. Now this would be a scary towel animal creation to come back to! Kudos to the cabin steward on the Carnival Dream.

This is one of our all time favourites!

Spotted on Royal Caribbeans Radiance of the Seas , it’s hats off to the cabin steward for not going with the usual towel swan! Look away if you’ve a fear of snakes!

This is another one that we think might scare us if we came in without expecting it. Thanks go to the cabin stewards of Norwegian Cruise Lines for this one We’re not quite sure – Still it’s not a bad attempt we guess!

We’re pretty sure this ones a snail

Oh we give up! Have you any ideas what it is? We’ve absolutely no idea what this is meant to be!

Is is it a rabbit? A stuffed chicken?

Maybe the steward should leave a little card next time explaining what he’s made.

What do you think it is? Spotted on the Carnival Freedom we’re not quite sure what to make of this!

Is it a baby elephant? A baby seal?

Why does it have arms?

Once upon a time we’re sure the cabin steward on this Carnival cruise ship set out to make a scorpion for his guests. We’re not sure he quite managed to achieve his ‘vision’ however. We think it’s a sheep…

It’s fluffy like a sheep but that could just be because it’s a fluffy towel. This snake is just chillin’ and planning what to do on it’s sea day on Explorer of the Seas… We’re not quite sure why it looks like it’s got it’s legs crossed though. Perhaps not the most technically difficult of towel animals (or people we should say) to fold but this cowboy gets the top spot due to the imaginative use of props and the fact he looks so relaxed.

Well it is a Nile river cruise you know! Can you make a really cool towel animal?

Are you a fan of coming back to your cabin and finding a towel animal?

What’s the best one you’ve ever seen?

Why not post your own pictures in the comments below…

P&O vs. Carnival – The Battle that Spans the Atlantic 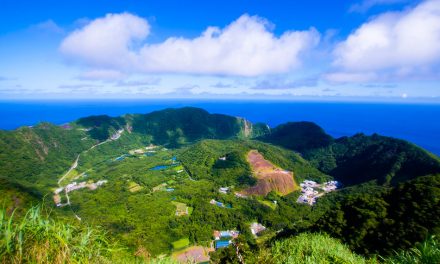