Ever Wondered What Christmas Looks Like on a Cruise Ship? 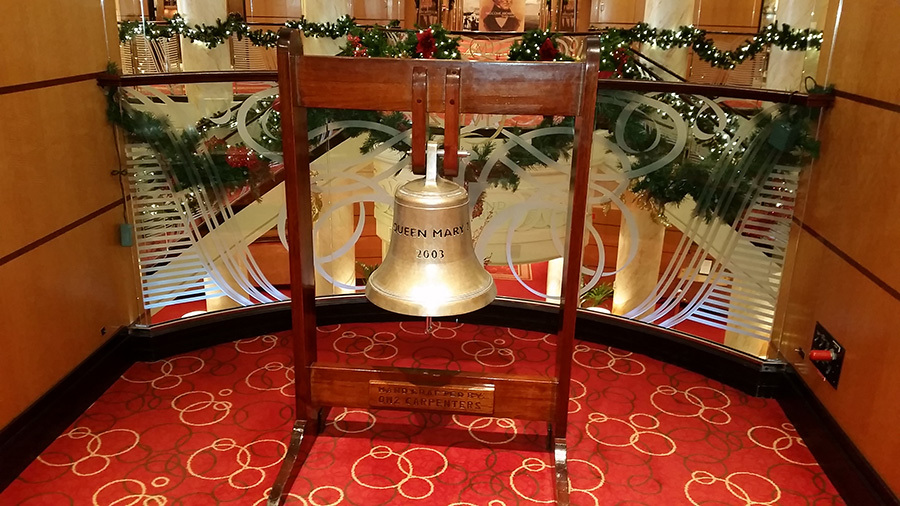 Have you ever wondered what Christmas would be like on a cruise ship?

No need to mess around with a giant turkey dinner;

No Queens speech to sit through;

No distant relatives to put up with (unless you’ve brought them along!)

For many of us Christmas on a cruise ship will always be a ‘one day’ dream.  People do go cruising at Christmas though and for those that do it really can be a magical time.

The www.CRUISE.co.uk team recently got to spend a few days on-board Cunard’s iconic Queen Mary 2 and whilst it wasn’t over Christmas (boooo), all the Christmas decorations were already up (yaaay!).

This meant we could share a whole host of photos with to see what a cruise ship looks like at Xmas – (although the turkey dinner won’t appear till the 25th!)

Did you know… Santa is present aboard all Cunard ships in the Grand Lobby on Christmas Day, ready for gift giving and photographs. How does he land, and how is he aboard all the ships at once? That might be a Christmas miracle… A 12ft Christmas tree usually decorates the Grand Lobby from the beginning of December. This was the Christmas tree in the main atrium and as you can see had a rather Wind in the Willows theme going on!

Did you know… Around 3,000 feet of garland is used across the fleet to decorate the ships… That’s a lot of garland! This ginger bread scene was on deck 2 between the Golden Lion and the Britannia restaurant and must have taken the chefs on Cunard A LOT of work!

Did you know… A grand total of 2,176 poinsettias have been ordered for the Cunard fleet for this year’s holiday season. Did you know… There’ll be a total of 10,900 Christmas crackers aboard the three Queens on Christmas Day this year! …and on the left was this replica of the North Pole (who knew Santa and the Queen shared guards!)

If you fancy having the ship feel like the North Pole, you’ll be interested to know that on Queen Mary 2 Cunard conjure up their own snowfall! What was nice was that it wasn’t just the main atrium that Cunard had focused all their efforts on. If you went for a wander you’d also come across Christmas trees just randomly dotted around the ship.

Did you know… An elegant Christmas Ball is held in the Queens Room on Christmas Eve, setting the perfect atmosphere for the big day. This guy was on guard outside the Britannia restaurant to make sure everyone adhered to the dress codes!

So that’s Christmas on a cruise ship, at least a Cunard one!

Have you ever spent Christmas on a cruise ship? What was it like? Would you say it was better or worse than at home?

Nine Reasons You Should Always Date A Cruiser

Eight Reasons why Disney Cruises are so Magical