The capital of China has long been known for its historical and cultural riches but would many of us know what there is to do once you’ve visited Tiananmen Square and walked along the Great Wall?

To look at Beijing on a map or from the sky is to see a city of ever growing circles getting larger and larger as you pan out from its centre and to see at its skyline is to see impossibly tall and impressive buildings shaped like Tetris blocks.

It’s a city so large it’s hard to get your head around and the twenty million estimated inhabitants add to the frantic energy that drives the city on at such a pace.

In Beijing it is not a question of what cultural sites there are to see but how much time you have to devote to them! With hundreds of sites to visit it’s best to pick out the most impressive…

First, head to the Sacred Way to the Ming Dynasty Tombs. The path is flagged by continuous pairs of statues which tower over guests and could be anything from a soldier to a camel to a dragon. This path represents the Emperor’s road leading to heaven and it’s a peaceful experience to walk in between the statues and trees that line the path.

If you continue on to the tombs you can visit one or all of the tombs, the most impressive of which is perhaps the Dingling underground Palace. The eight sets of stairs underneath the earth lead you to a cavern where you can see the original contents of the tomb. However, most guests avoid the tombs and stick to the Sacred Way, which is somewhat more impressive.

Top Tip! Once at the end of the walkway, make sure you rub the head of the giant turtle as this is meant to bring you a lot of good luck!

If visiting the Ming tombs then you should surely visit the Temple of Heaven. More than just a temple, the complex houses gardens as well as a series of buildings which includes The Imperial Vault of Heaven and the Circular Mound Altar. Tickets are very cheap, costing between 35 and 15 RMB (which is around £1.50-£3.50) and you can purchase them on the door. It’s a centre where many congregate to socialise, exercise, learn the arts and enjoy entertainment – so it’s a great area for people watching.

A tour here will give you great insight into ancient philosophy, history and religion and see where the rituals of music and worship of the Ming and Qing Dynasties took place.

Another oasis of cultural as well as nature is the Summer Palace. Situated in the North West of Beijing, it’s said to be the best preserved imperial garden in the world. It perches overlooking Kunming Lake and was where Emperors of the past fled from the Forbidden City in the summer months. A visit here is a peaceful walk along the shore and an interesting exploration of the grand palace itself. As with most large Chinese tourist attractions, it’s best to start your visit here early (before 10am at least) to beat most of the crowds.

Make Sure You Explore The Real Beijing

However, Beijing isn’t just about grand palaces. It also has lots of local history and areas to see where everyday people go about their lives.

One of the best ways to see the real Beijing, the world outside of fancy skyscrapers, is to visit the Hutongs. These small houses run around winding alleys and courtyards and stand at merely one story tall. They remain as intact communities despite the huge amount of development elsewhere in the city. Visit for a view of the slow paced local life as well as to buy some local wares or food.

Hidden nearby these houses is also the Drum and Bell Tower, where the drums pound at half past the hour, every hour during working hours. Take a trip here to experience a traditional Chinese Tea ceremony in the Bell Tower, where your tea master will talk you through all the different varieties and let you taste a variety of teas. Make sure you visit the gift shop for fine China and a selection of teas to take to friends and relatives.

Something that many visitors to Beijing don’t realise is that there’s another wall in Beijing to see – that isn’t the great wall. Known as the Beijing City Wall, this lesser wall curls around parts of the city at 12 metres tall, although many sections lay in ruin. This wall was mostly torn down when communists first took over the city, however, sections have been slowly restored over the years. It’s worth a look to see how the Great Wall’s smaller cousin has fared!

Did you know? Beijing literally translates as the “north capital.”

Taste And Drink The Local Atmosphere

Whilst you visit you should try some of the local food as Beijing is known for its Peking Duck (Peking being the old way of referring to Beijing). Make sure you try some in one of the hundreds of local duck restaurants. If you want to visit a famous or trademark duck restaurant then go to the renowned Quanjude restaurant which has been running since 1864. For something a little quieter and cheaper (but still just as tasty) head to Siji Minfu restaurant in the Dongcheng district.

Alternatively, take a stool and watch the street life pass you by. Whether you’re sipping tea at a café or taking a sip from a cocktail in one of the city’s many bars, there’s a great atmosphere to soak up in this city. Despite being in a communist country – the locals still know how to have a good time and party!

A great place for a quick drink is Blue Stream which has a great view of the Drum Tower and the surrounding area in the Xicheng district. For something a little different, try the Face Bar in the tranquil bamboo garden in the Chaoyang district. Cocktails start from £6 and it’s a great place to escape the busy city on warm summer evenings.

Whilst Beijing can’t rival Shanghai for its shopping hungry locals, there are still plenty of shopping opportunities for the savvy bargain hunter in Beijing.

Start in HongQiao Pearl Market on Tiantan Road which, despite the name, doesn’t just sell pearls. The five floors of goods sell everything from traditional Chinese art to shoes, handbags and (of course) a wide selection of jewellery. The first three floors have very similar asking prices but the top two floors have better quality goods for higher prices – so remember to haggle! Other markets to explore are the Silk Market, Tianya Jewellery Market and the YaShow Market.

If haggling doesn’t appeal to you, you could try one of the many, many shopping malls which include Kuntai Shopping Mall, Seasons Place, Solana Lifestyle Shopping Park and Sun Dong An Plaza to name a few. Seasons Place is probably the most western of these and offers five floors of fashion, jewellery, and beauty stores as well as dining facilities which include traditional Chinese cuisine.

Did you know? The most popular surname in Beijing is Wang. In fact, 11% of people in the city share this name! So if you meet a few people with this name, don’t assume they are related or that they would know each other!

Alternative Side To Known Landmarks

If you’ve already visited Tiananmen Square before – have you been to see Mao’s mausoleum? Shown for four hours a day, six days a week, the frozen body of Mao attracts huge crowds of visitors. We understand that seeing a frozen body isn’t for everyone… but nearby are two huge buildings; the China National Museum and the Great Hall of the people.

Round the corner you’ll also notice a Railway Museum which looks surprising European and out of place but it pays homage to the European engineers who helped bring railways to China.

Top Tip: Snap a picture of the museum but don’t go inside unless you are a diehard train enthusiast!

For those of you who have visited the Forbidden City our top tip would be not to put your camera away as you leave its gates. Instead, look up at the huge artificial hills ahead of you.

Did you know? For seven years China’s Forbidden City hosted the famous coffee shop Starbucks before it was removed after criticism that it damaged the historic site.

And One Last Word Of Advice…

A word of advice? Give the Peking Opera a miss. Watch a clip from below and you’ll have seen enough! Most people last about twenty minutes before they leave the show – so don’t waste your money on having to experience two hours of painfully shrill music. However, that being said – it’s certainly a spectacle and the costumes are worth a look. Perhaps instead you could look at pictures and videos online, so you can see and hear the spectacle, without spending a fortune on something you are likely to leave!

So now you know what to see, (and what not to see!) in Beijing. This city, so steeped in history and cultural importance deserves at least one visit so you can appreciate the grandeur of imperial and communist China.

Have you been to Beijing before? Would you consider a trip now? 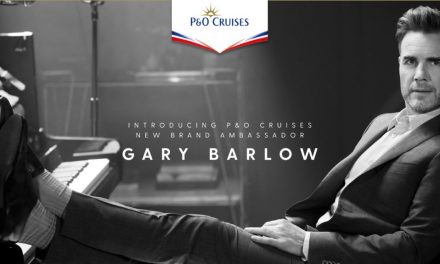 Consultant in the Spotlight: Say Hello To Declan Doherty 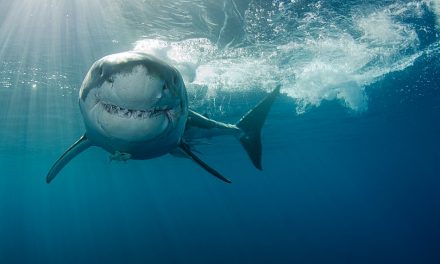 Shocking Images Of Shark Diving Revealed- Would You Dare?