Carnival Vista to homeport in Miami

Carnival Cruise Line has announced that its newest and largest cruise ship, Carnival Vista, will homeport in Miami, after a short stay in New York.

The new initiative forms part of an extended deal between Carnival Corporation and PortMiami, which means that all sailings aboard Vista must depart from Miami for at least 24 months in the three years after the ship’s debut next year.

Jennifer De La Cruz, spokeswoman for Carnival, said that the vessel’s itineraries and length of stay in Miami will be revealed on February 12th 2015.

Carnival Vista has a 3,945-passenger capacity and living up to its status of ‘The Fun Ship’, will feature a selection of entertaining amenities, including the first at-sea IMAX theatre, an open-air sky ride and a water park.

Other onboard features will include a specialised families-only zone with lounges and cabins, a brewery and a seafood shack where you can sample some fresh, delicious dishes!

Following its launch on May 1st 2016, the vessel is scheduled to embark on 18 sailings in Europe. It will then take to the seas on a 13-night transatlantic cruise on October 21st 2016, while it is scheduled to arrive in New York on November 3rd.

After this, Carnival Vista will roll out a series of sailings from New York before returning to its homeport in Miami.

Are you excited to see Carnival Vista in Miami? 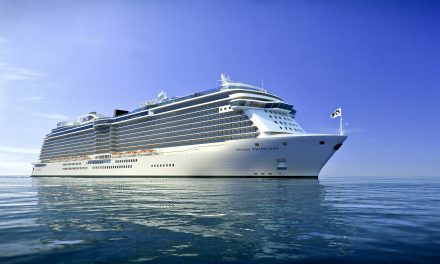