If you’re not already familiar with our Bucket List Cruises then you can read about this new concept in cruising here!

We’ll be bringing you cruises exclusive to us whilst taking you closer to the destinations than ever before with escorted land tours to compliment your once in a lifetime cruise.

You’ll tour China’s finest sites as well as some of the wonders of the world before going on to visit seven different countries in one holiday. You’ll experience the heart of Asia, taste world class cuisine using local flavours and enjoy the cultural delights of the Orient.

Awaiting you in this exclusive www.CRUISE.co.uk bucket list cruise is a thirteen day land tour exploring the best China has to offer before boarding the luxurious Sapphire Princess. You can enjoy this once in a lifetime trip to see the Leshan Buddha, the Great Wall of China, the Nine Villages Valley and also have time left over for a visit to see China’s famous pandas, all before boarding your ship. You’ll experience a Sichuan Cuisine Banquet, travel to Battleship Island in Nagasaki as well as seeing the bustling city life of Shanghai, Hong Kong and many more.

On day one you’ll take an overnight flight to Chengdu from the UK to begin your thirteen day land tour. It’s then up to you whether you want to spend the next day exploring the busy town or taking a cultural trip to the Wenshu Temple or the Tomb of Wang Jian.

Wenshu temple is famous for its artifacts, its garden and is the best preserved Buddhist temple in Chengdu. It’s easily accessible by metro or taxi and is the perfect spot to sit and relax after your long flight.

The Tomb of Wang Jian lets your explore the history of the Shu kingdom in the first excavated tomb in China. You can go inside the tomb itself and see the intricate carvings depicting a series of musicians and dancers playing instruments.

In the surrounding area there’s plenty to do and if you want to enjoy things at your own pace then a visit to a traditional tea house could be right up your street. Nobody does tea better than China (sorry Yorkshire tea!) so enjoy the chance to try jasmine tea, black tea, green tea and oolong tea as well as local varieties native to Chengdu. If you don’t fancy venturing that far you can always enjoy the tea house that’s attached to the hotel that you are staying in!

Near to the tea houses are plenty of local eatery’s where you can sit outside and soak up the culture. Chengdu can be compared to cities in the Med such as Barcelona in the way that it’s not until night time that the area really comes to life. People work long hours and night time is often the only time cool enough for them to wind down and enjoy themselves with friends. Sit outside in a local café or restaurant and you’ll get to witness this relaxed city begin to bustle and watch as all the city lights twinkle into life.

Alternatively, you could take a trip to the Sanxingdui ruins. You may never have heard of them but they represent one of the most important discoveries of the 21st century, as it uncovers a civilisation that is still being studied and puzzled over today. Known as the “mystery of the masks”, the artifacts that have been found are bizarre and intriguing, ranging from 8 foot statues to series of masks of unknown, demon like creatures.

In fact, the masks are so strange that some people have even claimed that they were carved by aliens, as you can see below…

With no burial sites nearby, only a hoard of bronze, gold and jade treasures, the world still wonders over who carved all these precious wares and where did they go after they hid them? It’s a question you may not be able to have answered but you’re sure to enjoy examining all the weird and wonderful objects that have been discovered!

If you’re really brave there are even white water rafting facilities around Chengdu. For example in the Hongkou Scenic Area, located just an hour outside of Chengdu. This natural spot is home to waterfalls, forests and beautiful scenery, but is best enjoying for its fast paced, twisting and turning white water rafting.

Whether you want to relax, thrill seek or explore local culture, Chengdu has something for everyone.

After the delights of Chengdu you’ll arrive in the small town of Dazu on day three. This quiet, scenic town is home to the Baoding Stone Carvings which are famous for their sheer number, quality and realism. The whole area has seventy five sites of carvings and over 50,000 statues, which gives you plenty to explore!

Did you know? The fame of these rock statues has lead to Dazu becoming known as “the county of rock carving.”

This dazzling art has survived from the Tang and Song Dynasties and has been listed as a world heritage site due to its historic value. The statues give you a startling insight into the lives of locals almost a thousand years ago (as they were commissioned by Zhao Zheifeng in 1179AD) and many are very realistic. Some statues are of ordinary people living everyday life, allowing viewers a real window into this time period. After visiting them, you’ll be left wondering how such primitive tools have managed to carve figures, fountains and even a depiction of Buddhist purgatory…

You’ll also travel to the nearby hills of Beishan to see the Beishan Frescos. The statues and pictures similarly describe and depict ancient Buddhist stories and deities which look out at you from the limestone hills. Some of the highlights include 10,000 Buddha statues as well as stone carvings of Tantric Buddhism.

On day 4 you’ll be in Zigong, the third largest city in the Sichuan province.

You’ll be travelling into the Jurassic period as you explore their world famous dinosaur museum. Not only will you see fully unearthed skeletons that have been dug up and pieced back together, but the site also has a selection of partially covered archaeological digs.

In fact, the museum was purposefully built on top of these digs to show the public the wealth of fossils hidden beneath the earth. The exhibits also include animatronic dinosaurs and you can learn about the evolution of certain species. Jurassic Park eat your heart out!

The town is also famous for its Chinese Lantern Museum, which isn’t actually a museum at all. Instead it’s a park full of giant colourful spheres that light up at night in the shapes of animals. It was in this town that Chinese Lantern festival originated and you will be amazed at how the city bursts into light in the evening.

Next you’ll arrive near the mountains in Leshan and will be amazed at what you see. The city is best known for being home to the Leshan Grand Buddha which is the largest Buddha in the world but it’s not just a huge statue, instead its a huge carving and it is the kind of grand site that has to be seen to be believed.

Standing at 71 metres tall it towers over the surrounding river valley and tourists alike. Seeing the sheer size of statue that took ninety years to carve in the mountain continues to amaze visitors that walk alongside it. It sits amongst pine and evergreen forests in the western river cliff of Lingyun Mountain and your trip here will start to give you a taste of the sheer scale of attractions that China holds.

However, this impressive feat of human engineering isn’t the only thing to see in Leshan. You could also visit the Qingyang Palace, which is rumoured to be the birthplace of the famous ancient philosopher and poet Lao Tzu. He invented Taoism (we hadn’t heard of it either but we’ve been told there is a great introduction to this by Winnie the Pooh called “the Tao of Pooh.”) He was famed for saying “a journey of a thousand miles begins with a single step,” and perhaps you’ll be enlightened too as you visit the monks, the monastery and the gardens.

On day six you’ll move across the valley from the Leshan Buddha to Mt Emei. It’s a place of natural wonder where trees are a thousand years old and temples, history and sculptures shroud the summit.

You’ll take a cable car to the top to see The Golden Summit, the 48m Golden Buddha and the spectacular views. It would normally take you a two day hike to reach the Golden Summit but the cable cars take you right up to where you want to be. Here you’ll find fellow travellers, pilgrims and monks enjoying the mountaintop alongside you. The temple here was the first Buddhist temple ever built in China and so offers a very spiritual visit for those looking to explore one of the oldest centres of Buddhism. There are also a lot of monkeys around Mount Emei and they crawl and climb alongside tourist trails and in the trees. These monkeys are surprisingly used to human visitors and have even been (mostly) trained to leave them alone. If you want to feed them you can take along a handful of peanuts and when you’ve got no more left you should clap your hands and hold up your palms. The monkeys will then know you have no more food for them and slink away back to the trees.

Day 7: Back To Chengdu

On day seven you’ll be back in Chengdu to see the pandas that have made this city so famous. With nearly one hundred and twenty giant pandas and over seventy red pandas you’ll get many opportunities to see a variety of these charming creatures. It’s sure to be one of the highlights of your trip, as you come face to face with the one of the world’s rarest creatures. They may be playing on one of their many climbing areas…

Or even just sleeping!

But whatever they are doing, it’ll be a highlight of your visit to China.

Whilst you’re back in Chengdu you’ll also experience a banquet of Sichuan cuisine, which is famous for its distinctive spicy flavour and ingredients. You may have had Sichuan fast food before – but you’ve never really tried it until you’ve tasted real, local Sichuan cuisine! Typical dishes include Kung Pao chicken, Sichuan hot pot (which is a spicy, meat filled broth) and there are also vegetarian variations.

At this point, you’re one week into your holiday and have seen many areas of natural beauty as well as amazing feats of human engineering but there are still many more wonders yet to come…

This concludes the first of three sections of the Bucket List cruise “fully escorted china” trip. If you want to read apart two of the tour, click here!

Otherwise you can read the full tour overview here!

Are you interested in booking this trip of a lifetime? Have you ever considered a Bucket List Cruise? 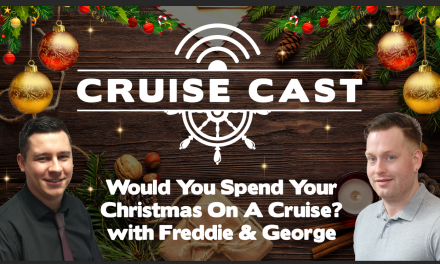 CruiseCast Episode 2 – Listen To This Week’s Podcast On Christmas On A Cruise! 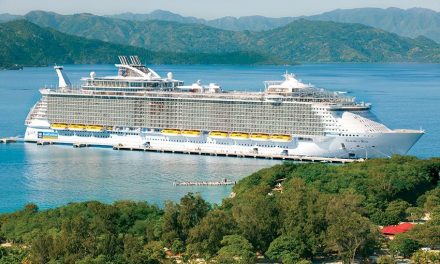 14 Ways to Copy Kate and Leo On a Cruise 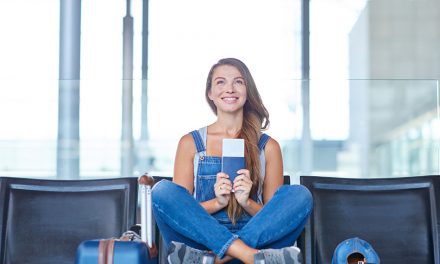 Start The Year As You Mean To Go On: The Unmissable, Alternative City Breaks Of The New Year