In December 2022, P&O Cruises latest ship, Arvia, will set sail on its maiden voyage. It joins its sister ship, Iona, which only began its cruise career last summer. Both ships are Excel class, designed to ‘invite the outdoors in with their panoramic views onboard, and they share many similarities. But there are some key differences too. So, if you’re planning your next cruise holiday and deliberating between P&O Cruises newest ships, Iona and Arvia, here’s our guide to help.

On both ships, there are several places where you can lounge in turquoise waters and enjoy the spectacular passing scenery, from the infinity pools and whirlpools on deck to the pools protected from the elements under the ships’ impressive SkyDomes.

However, Arvia offers a rarely sighted cruise ship feature – a swim-up bar! With a generous 12 water seats, as well as more places to chill out and sip a cocktail around the pool edge, it’s the perfect place to while away the hours.

Both Iona and Arvia have P&O Cruises glass-roofed SkyDome on board. Under the twinkle of this glass roof, there are a whole host of activities for you to enjoy, whether it’s relaxing by the pool during the day, being mesmerised by incredible aerial acrobatics in their immersive evening shows or snuggling down to enjoy a movie at their onboard cinema. For those seeking late-night entertainment, SkyDome transforms once again to offer dancing, DJ sets and cocktail parties under the stars. The difference with the SkyDome on Arvia is its retractable roof, providing a little cooling relief when amidst the heat of the Caribbean or Mediterranean sun.

Both P&O Cruises Excel ships offer ‘freedom dining’, so there are no restrictions on when to dine, and there’s plenty of choice of cuisine too – over thirty places to eat and drink! From traditional fish and chips at The Quays and gastropub favourites at The Keel & Cow to the Asian aromas of Sindhu, there’s a flavour for every guest. Arvia brings new additions to the dining options, including the all-America 6th Street Diner and the plant- and fish-focused menu of Green & Co., which showcases expert sushi courtesy of Mizuhana.

Arvia offers some exciting new P&O Cruises activities in addition to those seen on its sister ship, Iona. For those that enjoy an adrenaline rush, there’s ‘Altitude Skywalk’, a high ropes course that allows you to traverse a route suspended 54 metres above the ocean. For an equally fun but more sedate experience, you can try out Arvia’s tropical island-themed, nine-hole mini-golf course, an addition to the sporting activities found on both ships that include table tennis, football and basketball. Also exclusive to Arvia is Mission Control, a multi-sensory escape room experience that features a fictional underwater submarine adventure.

New levels of serenity at the spa

Iona offers an array of spa and wellness facilities that ensure you are utterly relaxed and rejuvenated on your cruise. Relax in the thermal suite, with its sauna, sensory steam room and experiential showers or unwind in the hydrotherapy pool. The ship also boasts a full range of beauty and spa treatments to allow you to feel your ultimate best. Arvia sees some new additions to these offerings. There are two VIP Couple Suites with a hammam and steam room, a therapeutic cool room, a restorative salt sauna and an invigorating pebble foot massage that combines hot- and cold-water treatments to stimulate circulation.

Appreciating the need for more climate-friendly cruises, the team building Arvia designed it to be powered by liquefied natural gas, just like its sister ship Iona, making them both among the world’s greenest ships.

After a short spell this year sailing around Spain, Portugal and the Canary Islands, Arvia will head to the Caribbean in early 2023. Later next year, the ship will make its way back across the Atlantic to the UK, offering cruises to popular Mediterranean destinations, such as Italy, Spain and France. Iona’s current sailing patterns involve cruises from Southampton to the Norwegian fjords throughout the spring and summer before relocating to sail around southern Europe and the Canary Islands in the autumn and winter.

So they are some of the key differences between P&O Cruises’ newest sister ships. Do you have a favourite yet? 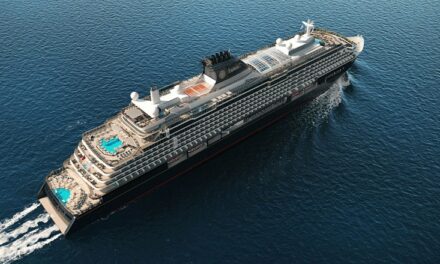 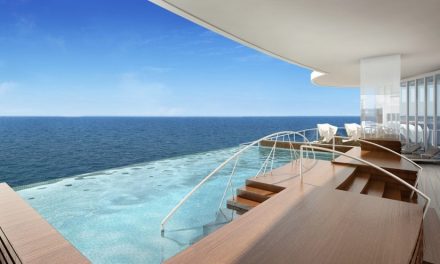 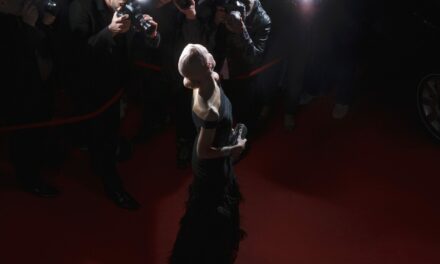